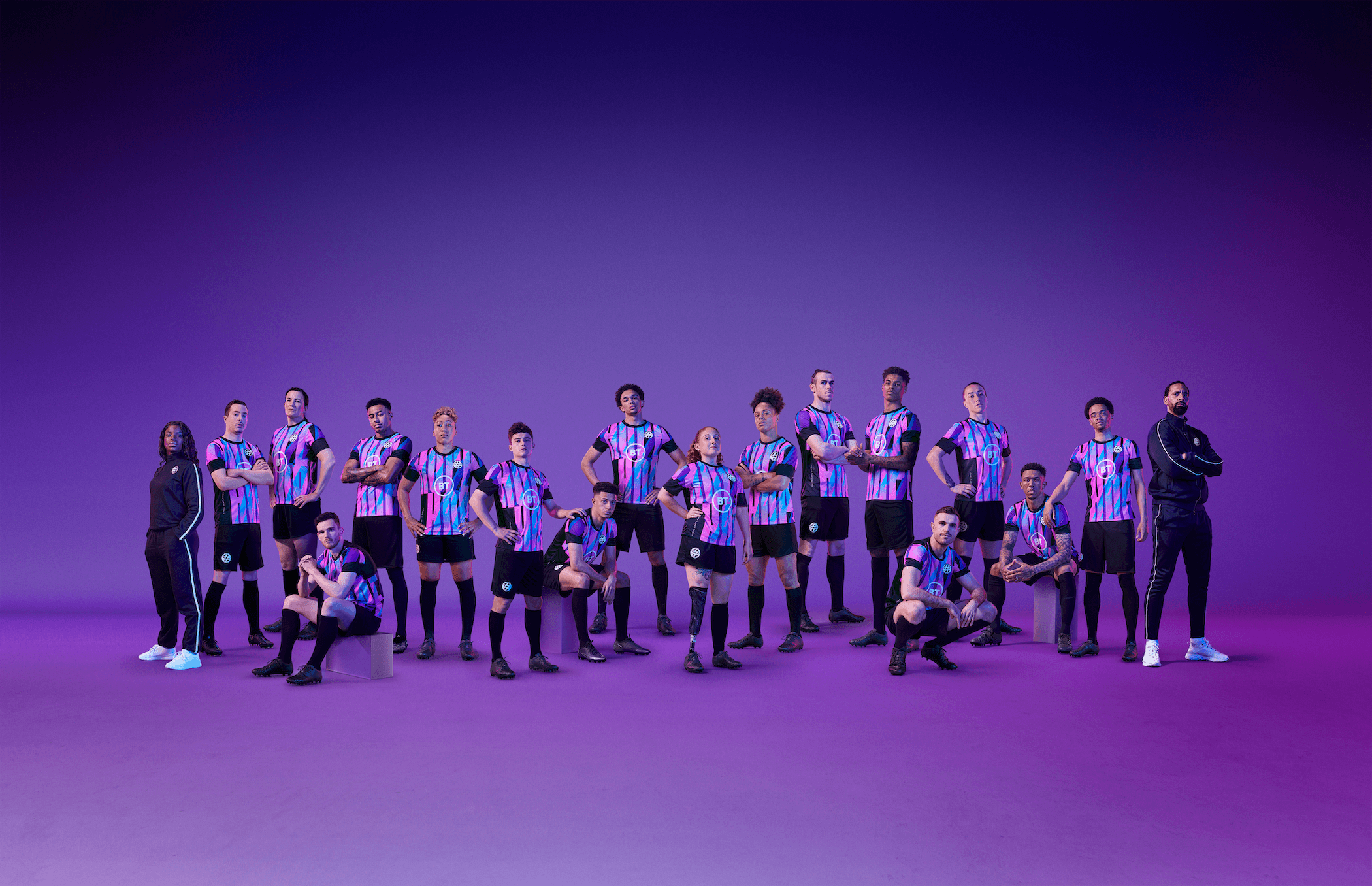 Football stars including Marcus Rashford, Gareth Bale, Lucy Bronze, Andy Robertson, Jordan Henderson, Ethan Ampadu, Rebecca Sellar and Demi Stokes are among those to feature in the Hope United squad of 20 players managed by Rio Ferdinand and Karen Carney. If you are affected by anything touched on within this article, follow the links to our various support services or click on the blue logo icon at the bottom right of the screen to start using Cybersmile Assistant, our smart AI support assistant.

Cybersmile and BT have today announced that following demand from the public on social media, BT has now unveiled limited edition shirts available to buy – to continue the fight against social media abuse and raise money for Cybersmile. The limited edition Hope United shirts will be available to purchase, with all proceeds going to Cybersmile, from Friday 9th July via a link to the BT Shop which will drop on BT_UK social platforms.

Ahead of the UEFA European Championships, BT launched Hope United, a squad of athletes from across the four Home Nations who have come together to unite the nation in tackling online hate. Comprised of male and female players from England, Wales, Scotland and Northern Ireland, drawn together by their own experiences of online hate, Hope United aims to drive more support for change and educate the nation on how to protect themselves and be good digital citizens.

The public will now have the chance to pull on the campaign’s recognizable shirts, which have been worn and seen online by football players and notable supporters including pop star Anne-Marie and radio host Roman Kemp. On Friday 9th July a limited number of Hope United shirts will be available at £39.99 each. All of the proceeds will go to Cybersmile!

“Everybody at Cybersmile is thrilled to be selected by BT to benefit from sales of the Hope United shirt. BT and Cybersmile share the same goals of an internet where everybody feels free to communicate and express themselves without the fear of bullying, harassment and abuse.”

Pete Jeavons, BT’s marketing communications director, said “It has been fantastic to see the positive response we have had to our campaign against social media abuse, with many people contacting us to ask where they can get a Hope United shirt. As a result, we will be making a limited number of shirts available, with all proceeds being donated to The Cybersmile Foundation. But you’ll need to get in fast and watch out for the first drop on social media today and over the coming weeks!”

Squad members have appeared in BT Tech Tips content – free resources helping to give people the digital skills they need to tackle hate online. These cover the following areas: