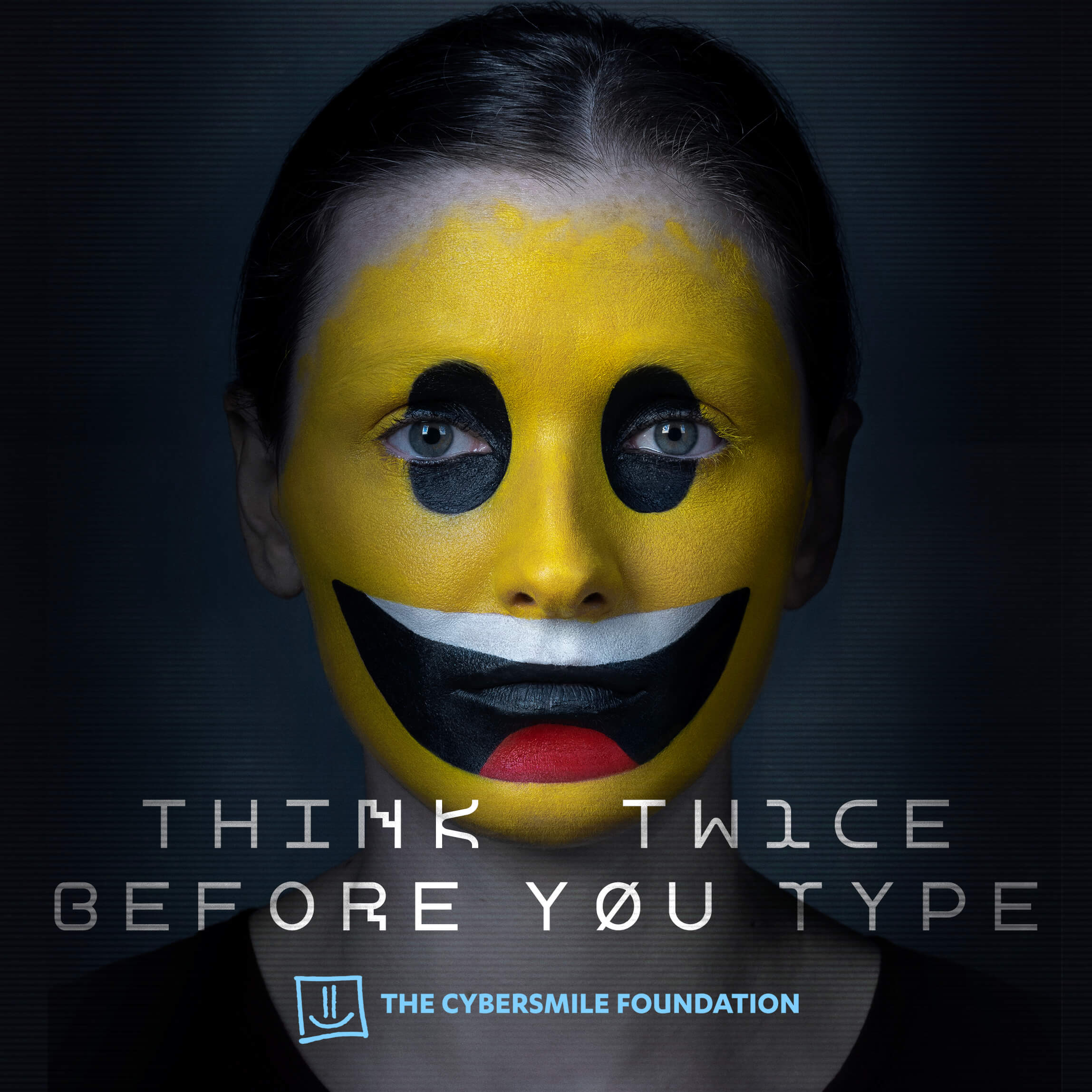 To help drive-home the important campaign message, Cybersmile and Area 23 worked with multiple-Cannes Lions Gold–winning photographer Ale Burset to depict the faces of dejected subjects overlayed with happy emoji makeup. If you are affected by anything touched on within this article, follow the links to our various support services or click on the blue logo icon at the bottom right of the screen to start using Cybersmile Assistant, our smart AI support assistant.

Cybersmile, with the support of Area 23 – a New York based FCB Health Network Company, are proud to announce the launch of a powerful new multichannel campaign to raise awareness of how online comments and conversations, even when using humor, can have real-life impact that may be unexpected.

The global ‘Think Twice Before You Type’ initiative is being launched today to coincide with Safer Internet Day, and is encouraging people to be mindful of how their comments can be interpreted or misinterpreted without the added benefit of visual or audible indicators as to how that person is really feeling. The campaign will see powerful images and videos delivering important messages being shared across Cybersmile’s official social media channels to our community of over 1.3 million internet users. 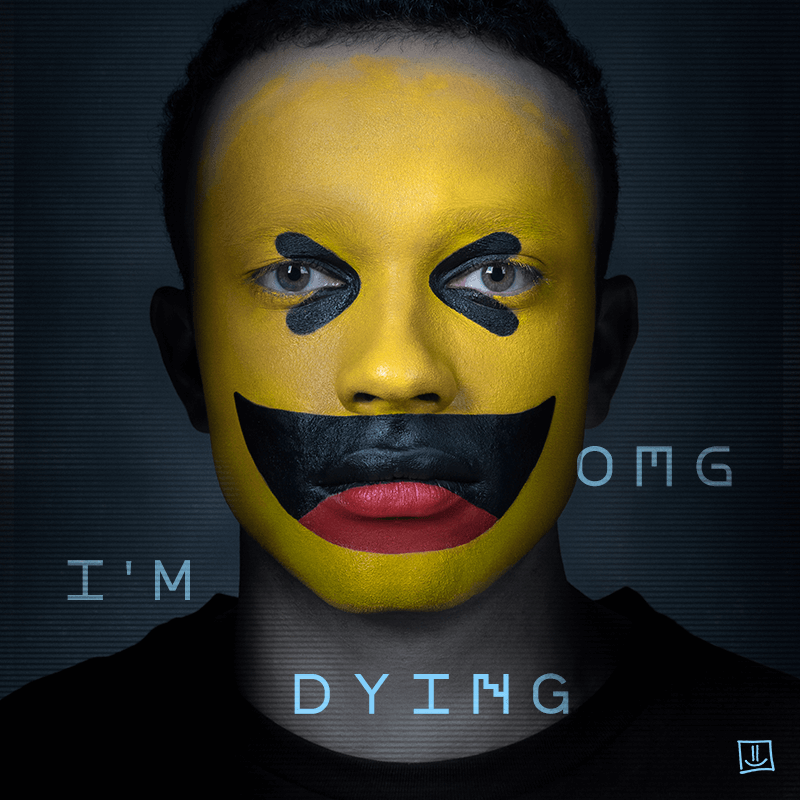 To help drive-home the important campaign message, Cybersmile and Area 23 worked with multiple-Cannes Lions Gold–winning photographer Ale Burset to depict the faces of dejected subjects overlayed with happy emoji makeup. “It was a fun project,” said Burset, “To capture the difference between how people can portray their feelings and their real feelings.”

“Our Think Twice Before You Type campaign is a powerful reminder of why we need to be mindful of the way we communicate online. When you’re talking with someone online, whether it’s on social media or through texts, you’re missing important context on how those comments are received. Facial cues and tone of voice are not captured in a typed response, so it’s easy to be unaware of how someone is really feeling in a conversation. The reality is people we interact with online each day could be at breaking point without us having realized.”

“It’s something we feel strongly about because we’ve all done it,” said Leo Arcoverde, Associate Creative Director of Area 23. “Whether it’s something you mean as a joke or something that came across harsher than you intended. It’s easy to hurt someone without ever realizing it. So, we wanted people to think twice.”

AREA 23, an FCB Health Network Company, has been consistently recognized with top advertising industry awards and honors. In 2017, Med Ad News named AREA 23 “Agency of the Year,” “Most Creative Agency” and “Most Admired Agency” – the first time that any agency was able to win the show’s top three awards at once. In back-to-back years, the agency repeated the impressive feat again in 2018. 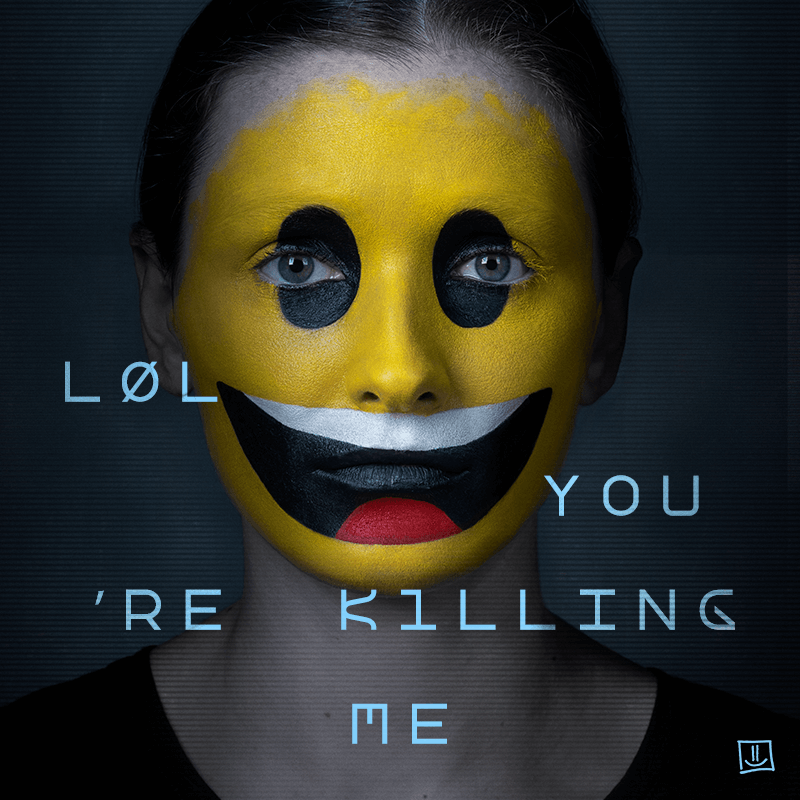 The agency was also recognized as “Large Agency of the Year” at the MM&M Awards and took home Titanium Best in Show. AREA 23’s “See Sound” won the Innovation Grand Prix at Cannes Lions 2019. In 2020, AREA 23 was awarded “Agency of the Year” for the fourth time, “Most Admired Agency” for the fifth consecutive year, and “Most Creative Agency” for the fifth time at the Med Ad News Manny Awards – taking home this coveted trifecta for the third time in its history.

What do you think about the campaign and its message? Let us know by contacting us or tweet us @CybersmileHQ.