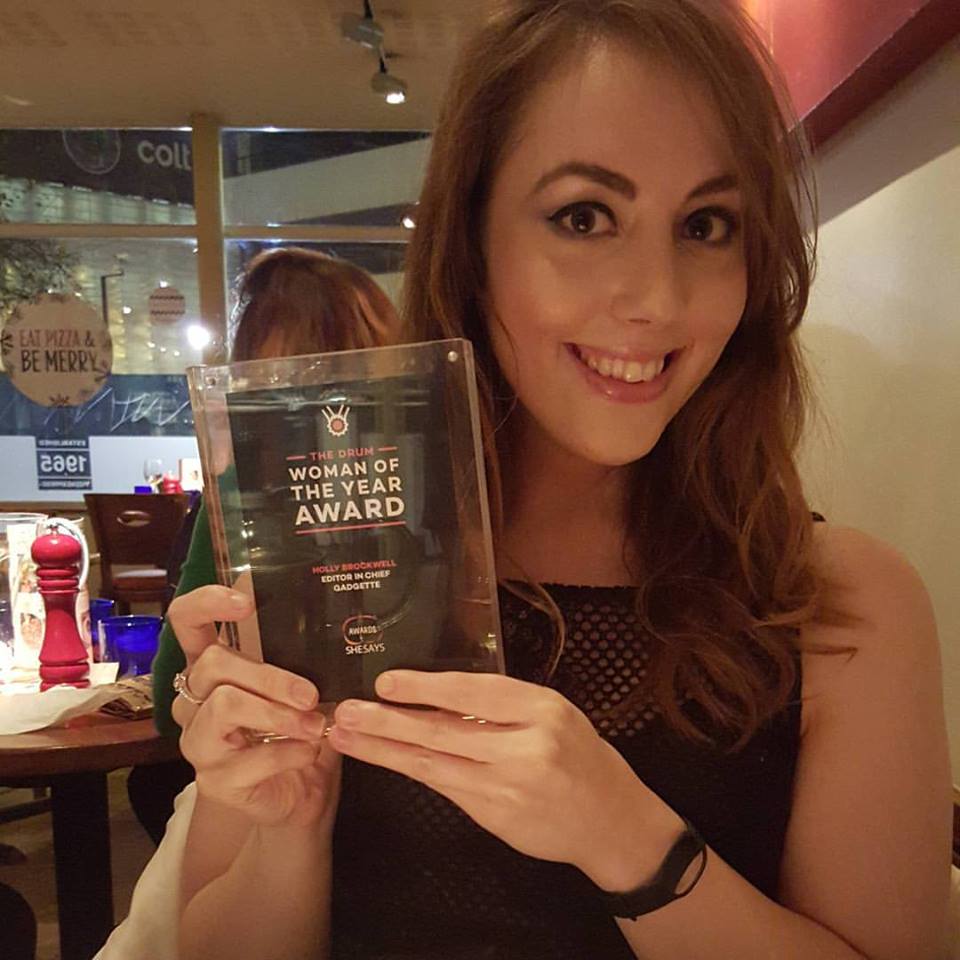 The #EggAid campaign is a great example of positive use of the internet, well done Gadgette!

So, you are founder of Gadgette – Can you tell us a bit more about that please?

Gadgette is an online magazine for women who love technology. We cover gadgets, gaming and general geekery. We thought it was about time there was a more inclusive, female-focused site in tech media, which is notoriously male-dominated. And it’s going well so far – 9 months in, and we have about 150,000 readers a month.

Have you ever been abused online and how did you deal with it?

Sadly I’ve been on the receiving end of online abuse many times – I actually spoke about it recently on the BBC. I think it comes of being a woman with opinions, to be honest – the internet makes it very easy for anyone to anonymously troll someone else, and there are some sexist people about who don’t like women having a voice. When I wrote about my dad, who committed suicide, I received a lot of very upsetting messages about that, and when I wrote about an app that I thought would be used for harassment, I got abusive messages for days. Those are just a couple of examples, but I think most women who express opinions online get abuse to some degree – it’s just important to remember that the people sending nasty messages are very unhappy themselves and are lashing out because of that, not because of you (visit our cyberbullying and digital abuse help center for further information).

What advice would you give to somebody who is being bullied/abused online?

1. Reach out and get support from everyone you can. Let people know what you are going through and how you feel about it. Remember your friends and family want to be there for you.

2. If the abuse is on Twitter, muting works a lot better than blocking because the trolls/bullies know when you’ve blocked them – this can lead to them getting even angrier and creating more accounts to abuse you with. If you mute them they have no idea, and you don’t have to see any of their abuse!

3. Whatever makes you feel better is the right way to respond. A lot of people will tell you how you should react, and what you should be doing. Remember you need to do what makes YOU FEEL BETTER.

What do you think can be done to reduce abuse online?

I think the emphasis is usually on the victim to change their behaviour, which doesn’t make sense to me. I think rather than telling people to stop going online or “not to feed the trolls,” it’s more useful to talk about why people are driven to harass others online. It often comes down to severe unhappiness in their own lives.

I think social platforms like Facebook and Twitter would benefit from listening to people who’ve been abused and harassed, and asking them what would help. Often communication apps and websites are made by people who don’t know what it’s like to be trolled and therefore don’t know how to help – the current system of ticking boxes to report someone on Facebook doesn’t cover a lot of types of abuse, and there’s nowhere to write a message explaining what the problem is. Also, you often get an email back saying “this doesn’t break our rules” – even when it clearly does. Moderating harassment is a huge job, and trolling is a social problem that no one really knows how to fix, but I think if the social platforms are going to say they’re dealing with it, they need to actually deal with it.

Definitely more of a blessing. It helps us all feel connected as a species, and helps people discover others like them, and hear from people outside their immediate geographic area or social circle. I’ve made some of my very best friends online.

What is your favourite social media platform?

We wanted to do something to help people who’ve been trolled or harassed. We noticed that a lot of the abuse on Twitter comes from “egg accounts”, aka ones that haven’t changed the default avatar, which is a cartoon egg. Because of that, eggs have got a bit of an unfair reputation for being associated with trolling, and we wanted to help them reclaim their good name – especially at Easter.

So we created an Easter campaign on Gadgette called EggAid, which lets people donate the cost of a virtual Easter egg to Cybersmile. People can choose from a family pack of Mini Eggs (£3.50) all the way up to the amazing Golden Egg (£25) according to how much they want to donate. All the money goes to Cybersmile and everyone who donates is in the draw to win a huge amount of chocolate eggs or a whole pile of swag.

What made you choose Cybersmile to donate to?

We first heard of Cybersmile when it became part of the Twitter Trust and Safety Council, which means you’re actually helping to do something about online trolling and abuse. Also, it’s such a positive community of people making a real difference – I love the message of using social media for something good to outweigh the negatives. And you can see from the testimonials page on the website that it really helps.

How do people donate/get involved?

Just go to Gadgette.com/EggAid and choose which level of egg you’d like to donate. Everyone is entered into the competition, no matter how much they can afford to donate. It all helps!

Do you have a positive quote/mantra that helps to you to motivate yourself?

There’s a great quote in Game of Thrones: “Never forget what you are. The rest of the world will not. Wear it like armour, and it can never be used to hurt you.” Basically it means take whatever’s unique about you and make it your shield. So if you have gorgeous red hair and make the decision to love that about yourself, people yelling “ginger” at you will just spur you on. This cartoon by Ayla Stardragon absolutely nails it… 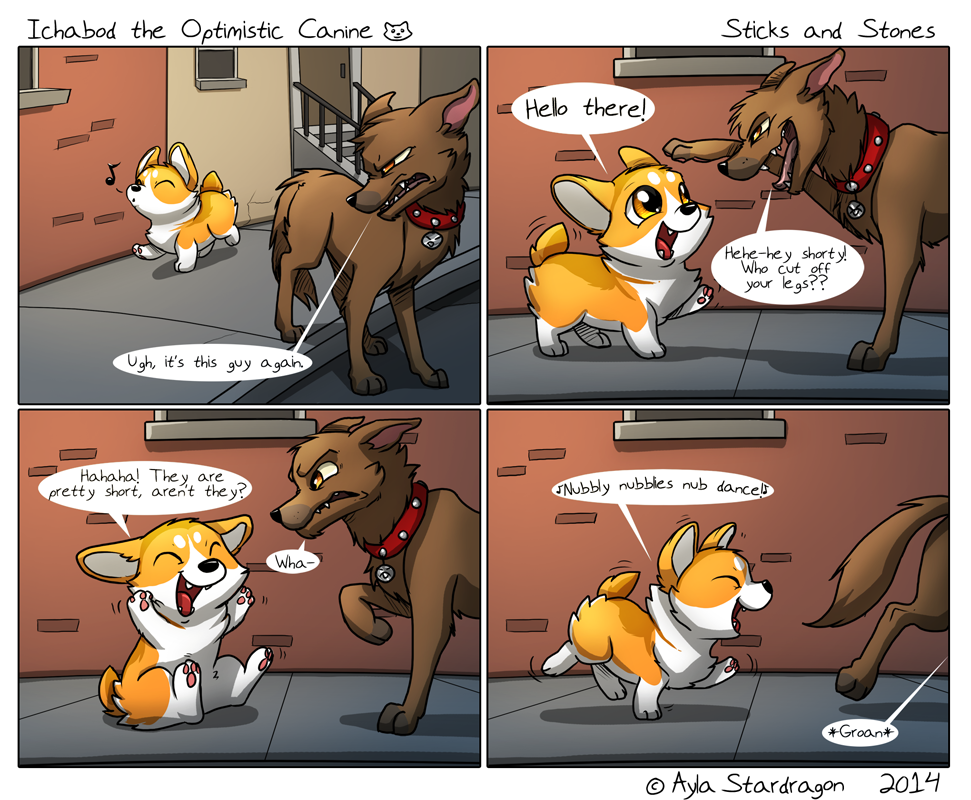 Thanks Holly and everyone at Gadgette for the awesome campaign! Remember if you are affected by online abuse we have LOADS of advice and support available in our cyberbullying and online abuse help center or if you’d prefer, you can email [email protected] 24/7 for a trained support advisor! For more information about Cybersmile and the work we do please explore the suggestions below.

What do you think about Holly’s great work? Tweet us @CybersmileHQ!