Tales of a Reformed Troll: Issy Was a Twitter Cyberbully 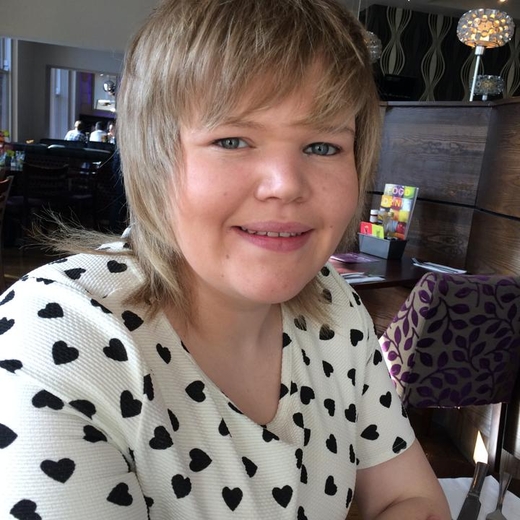 In January 2014, I was convicted of sending offensive tweets to Caroline Perez. On the twenty fourth of that month, I was sentenced by Westminster Magistrates’ Court to twelve weeks imprisonment (You can find out more about the legal perspective of cyberbullying by visiting cyberbullying and the law). From then on I was branded a ‘Twitter troll’. However I feel the correct term to describe my actions then would have been bullying (If you are affected by bullying or abuse on Twitter we have a guide to bullying on social media).

The correct definition for a bully is;

1. A person who uses strength or influence to harm or intimidate those who are weaker.

And that is what exactly I did. However I didn’t use my strength or influence, I simply used Twitter. Twitter gave me the opportunity to be anonymous and to spew those vile words to someone who was already being targeted. She was indeed at the time of when I sent those tweets weaker than myself. It is simply because I sent the abuse on twitter rather than face to face that I was branded a Twitter troll rather than a bully (Explore our Twitter Guide to Abuse and Cyberbullying for further information).

I’ve been asked countless times as to why I sent the tweets. To be honest I’ve asked myself the same question just as many times. For quite a while now I’ve had an issue with alcohol. But to simply blame drink I feel is the easy excuse, as at the time of sending the tweets I was under the influence of a lot of alcohol. Another reason as to why I sent those tweets was because a lot of other people were also doing so. So I simply jumped on the bandwagon. Embracing the true definition of the mob mentality. To which it’s definition is;

2. mob mentality, describes how people are influenced by their peers to adopt certain behaviors, follow trends, and/or purchase items.

Because a lot of other people were sending the tweets at the same time as myself, I would be lying if I were to say I wasn’t influenced by them. Before I sent the specific tweets that lead me to going to prison I did see that Caroline had to be trending. I had seen some of the other abuse she was getting. That said, I can say I did not copy any of the abuse from other people. I guess the fact that we were a mob, in my opinion we were protected. Strength in numbers if you like. A kind of mentality that if the police were to punish one of us they would have to punish all of us and there simply isn’t enough police to deal with the amount of abuse she was getting. However again I’m not sure even myself as to if that is the correct reason. The complete honest answer as to why I sent those tweets would be that I simply don’t know.

I have been previously asked if I have done this type of thing before the answer to that is no. Am I going to do this thing again? Again the answer will be no. What I made my victim feel is something hard to swallow. The fact that the tweets sent were sent anonymously and therefore my victim had no idea who I was and how dangerous I was capable of being heightened the fear (Check out our Tech Guide for tips). Of course I would never of carried out the threats I sent. Twitter can lend itself to this perfectly. I guess the combination of alcohol and Twitter gave the perfect recipe for sending abuse.

Another question I’ve been asked was that if I was looking for some reaction. As if I were to do this face to face then of course I would have had a reaction. Most probably I would have been told to go away or it would of turned physical. The simple answer to that question is no. I sent four tweets, all in a ten-minute window, so simply there was no time for my victim to react in between each threat. Again Twitter lends itself to this perfectly. Twitter as a platform allows anyone to contact anyone else directly. This is a wonderful tool however when abused it can go wrong. I feel that the creators of Twitter can’t handle how big its become.

Those ten minutes of vile, horrific tweeting has in effectively ruined my life. Once the case came to court, and it came out in the press what I had tweeted, I instantly lost my job. I don’t blame the press for the loss of my job, I sent the tweets so ultimately I have to deal with the consequences. However the fact that it was so widely reported also had a massive effect on my family, and in particular my parents. They hadn’t done anything, they like the victim were the innocent party in this, however whenever someone does something like this, people will always look for a reason and look for someone to blame (Download our FREE Cyberbullying and Digital Abuse Parents Guide). People did question my childhood, they did question if I had been brought up to be some sort of woman hater. The simply answer to that is no. My parents were getting the blame when ultimately the only person to blame is myself. Not only did I lose my job because of the ‘trolling’, I also lost my flat. So once I got out of prison, I had nothing, no job or no home to turn to.

Do I feel that I should have been sent to prison? Honestly, no. However I guess that is up to the judge who sentenced me. I personally feel that education is needed rather than punishment. When something is said online, the tone of voice is lost. People have no idea if what you are saying is said in jest or is said menacingly (Explore our Good Netiquette Guide for tips on this). I feel I should have been offered help with my drink issue rather than serve a short time in prison.

Also, another issue that I’ve thought about is, should twitter come with a warning when you first sign up, stating that abuse will not be tolerated and if it turns threatening then ultimately that threat will land you in prison. My answer to that, no. It is not down to Twitter to state that death threats will land you in prison if said on here. It’s down to people knowing its wrong.

In short, I’m writing this to give a convicted ‘troll’s’ point of view. I know what I did was wrong and if I could take the time back I would never of done it. Yes at the time it did ruin my life and I have to live with that label for the rest of my life, however it will not define me. I’m writing this as a warning. What you put on social media can land you into a lot of trouble. Simply think before you tweet. Explore the following suggestions to learn more about Cybersmile and our work with cyberbullying and digital abuse.

If Issy’s story has made you think about your own social networking behaviours, try reading our guide to Netiquette and bear in mind being kind! If you’re experiencing issues with bullying or trolling on Twitter then visit our Guide to Twitter or ask us for help – you can tweet our Twitter-partnered channel @AskCybersmile for 24/7 support or find other ways to reach us on the Total Access Support page.