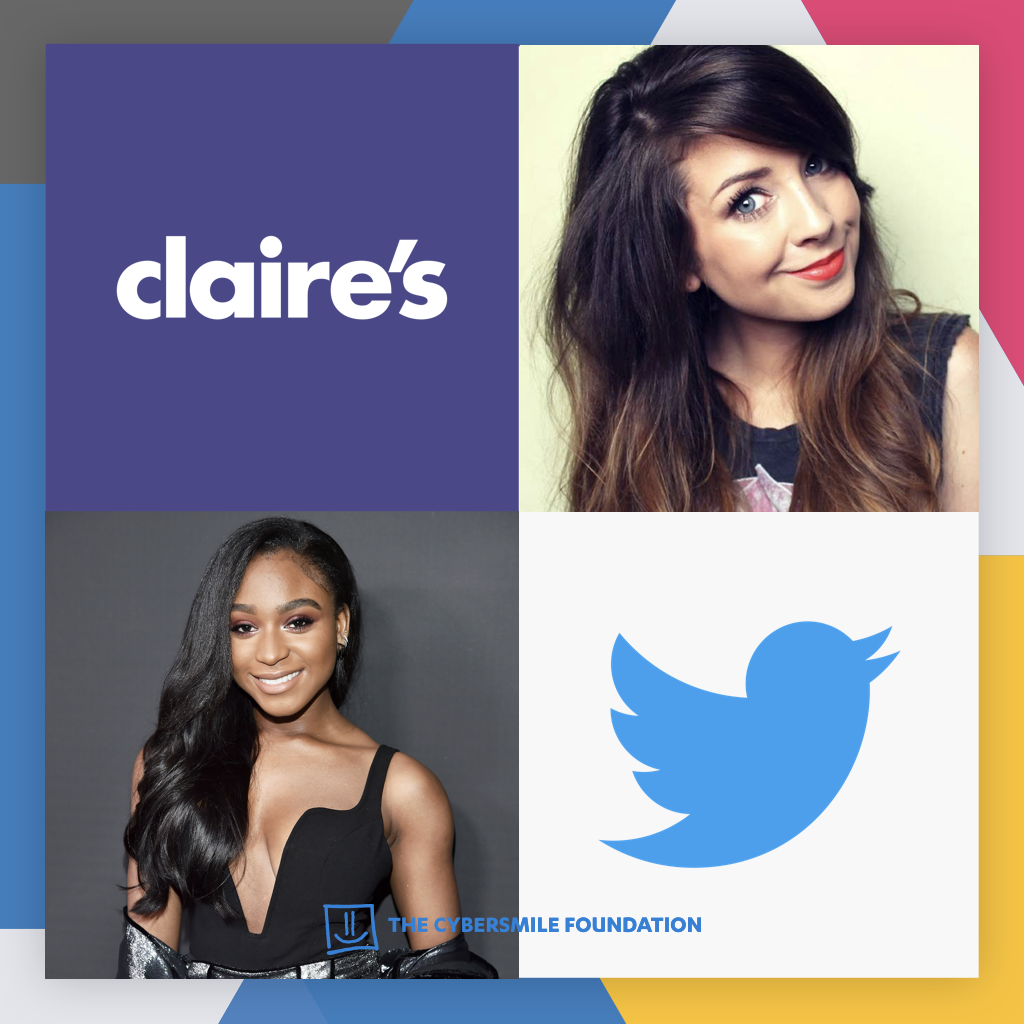 With the official Stop Cyberbullying Day 2018 Thunderclap campaign achieving a social reach of over 101 million people - the mind boggles at how many people were engaged with the day in total! If you are affected by any kind of cyberbullying or online abuse, follow the links throughout the article to our various support services.

This year’s Stop Cyberbullying Day brought together brands, celebrities, governments, influencers and organizations from around the world to encourage a truly inclusive internet. There is so much activity around the world on the day that it is impossible to list it all in one article – but here are some of the highlights from Cybersmile’s activities!

Official Stop Cyberbullying Day Thunderclap With A Social Reach Of Over 101 Million! 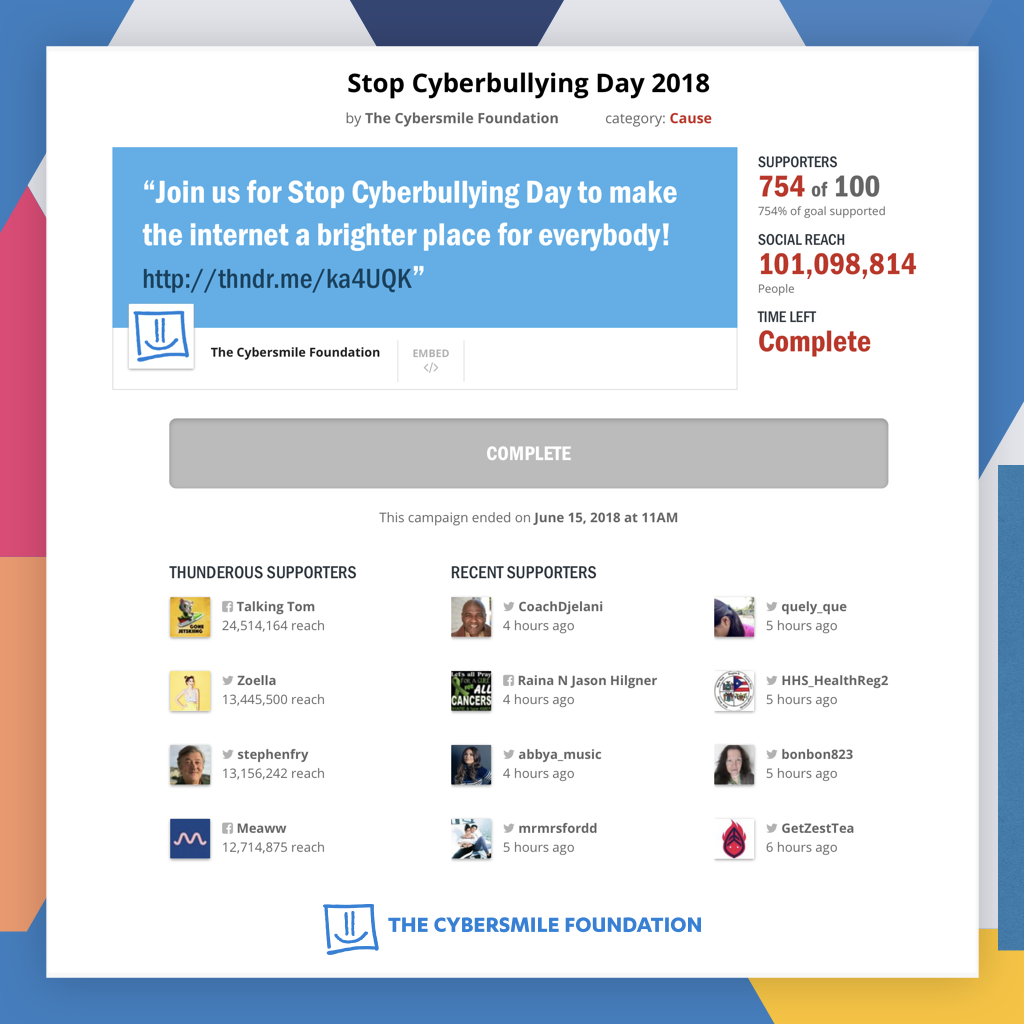 We launched an official Thunderclap campaign to build support for the day, and encouraged people from all over the world to coordinate and share their positive and inspiring messages with the world. Leading up to Stop Cyberbullying Day, the campaign grew at an incredible rate with many influencers, governments and brands signing up to show their support for a more inclusive internet.

On Stop Cyberbullying Day, the Thunderclap campaign was launched, and all the positive messages were released simultaneously, reaching over 101 million internet users. 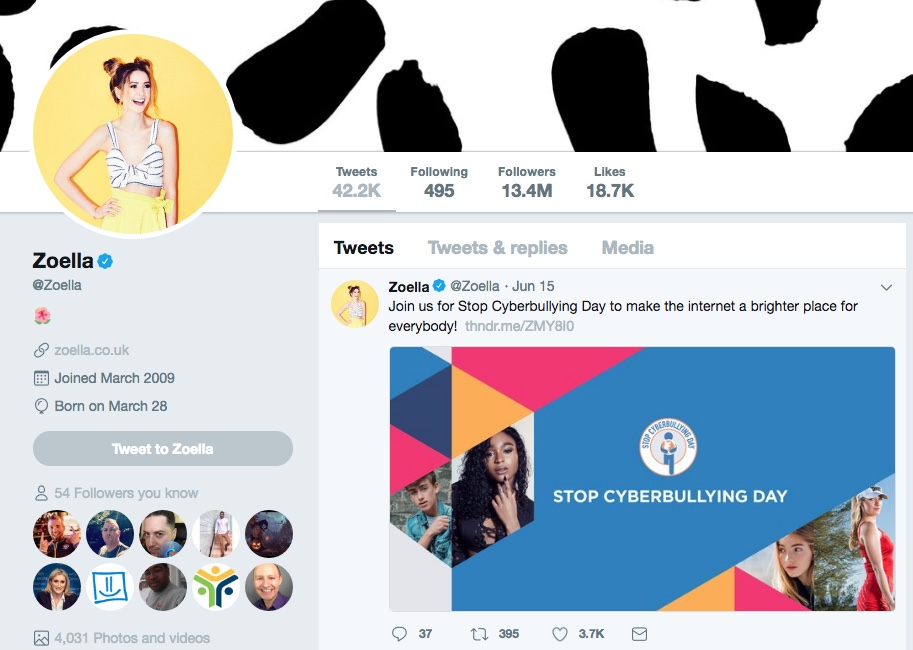 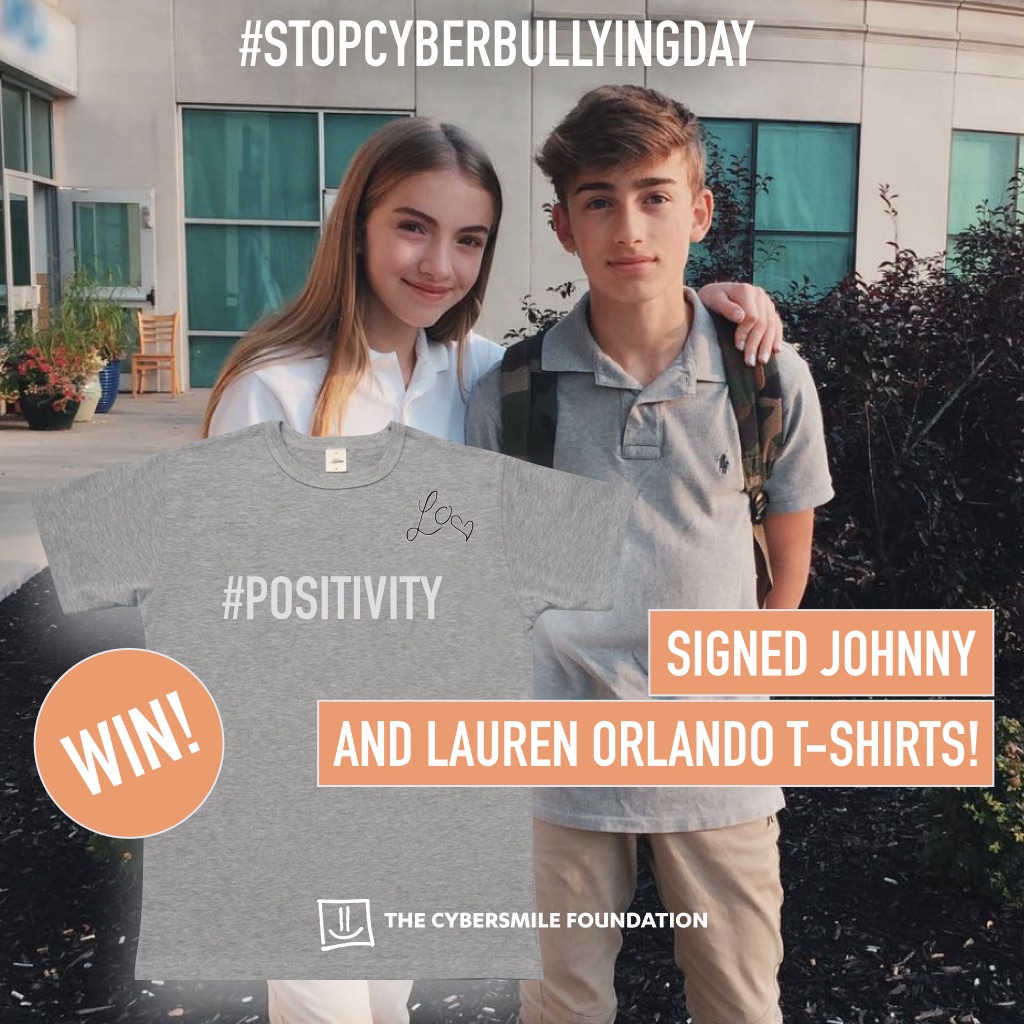 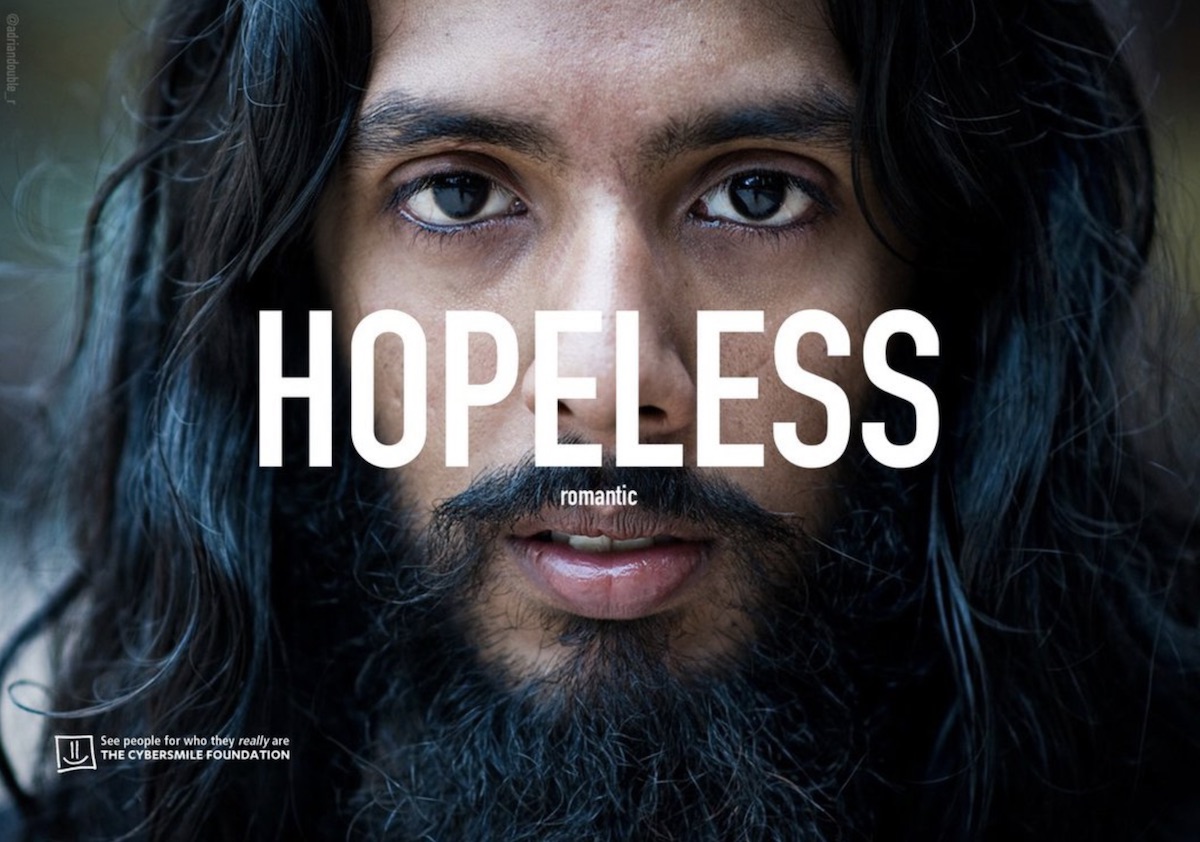 We also launched a special Stop Cyberbullying Day One Minute Briefs contest and received a host of fantastic posters, all sending out powerful messages in support of the day. The winning entry focused on the importance of seeing people for who they really are. 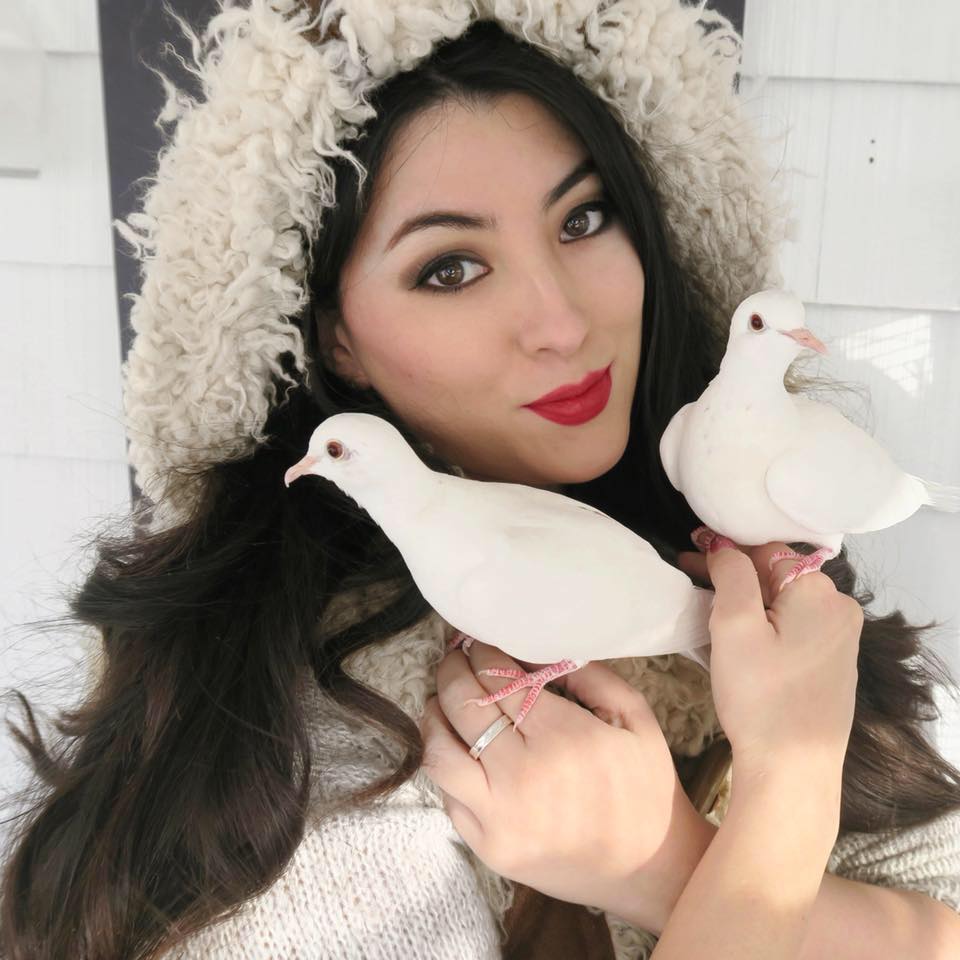 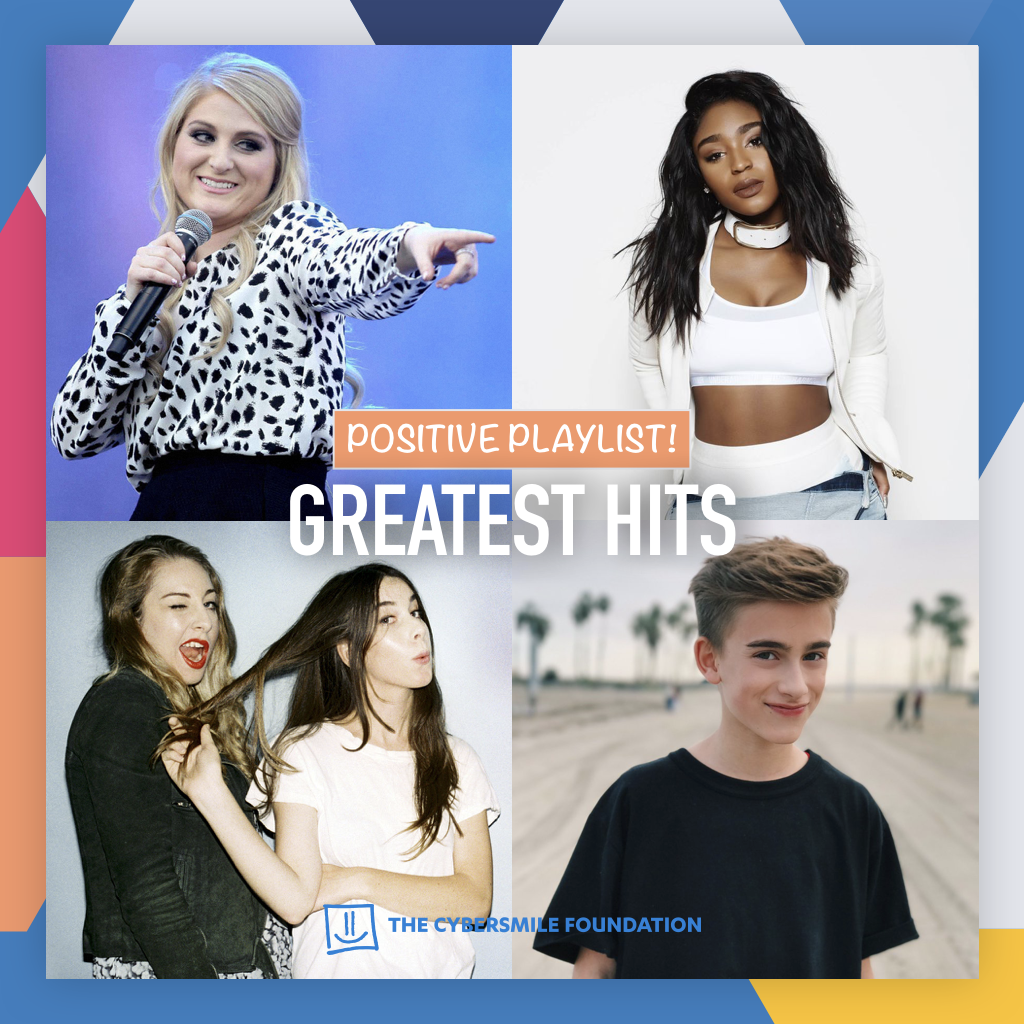 And of course, we can’t forget our Positive Playlist! This year, we launched a classic Stop Cyberbullying Day Greatest Hits Collection from a number of music stars that have previously contributed Positive Playlists to Cybersmile – the playlist engaged over 1 million internet users. The 2018 Greatest Hits Playlist featured artists including One Direction, Normani, 5 Seconds of Summer, Meghan Trainor, Johnny Orlando, Mackenzie Ziegler and Haim.

We would like to say a HUGE thank you to all of our partners, Ambassadors, friends, brands, influencers, celebrities, governments and supporters for helping Stop Cyberbullying Day 2018 be the most memorable yet. We hope you enjoyed it as much as we did!

Get Involved Next Year!

Stop Cyberbullying Day 2019 will take place June 21st so be sure to get that in the schedule now! We are already accepting applications for official partnerships of all levels so if you would like to see your brand involved next year – let’s talk!

For further information about Cybersmile and the work do, please explore the suggestions below.

What did you do for Stop Cyberbullying Day? Let us know by contacting us or tweet us @CybersmileHQ.