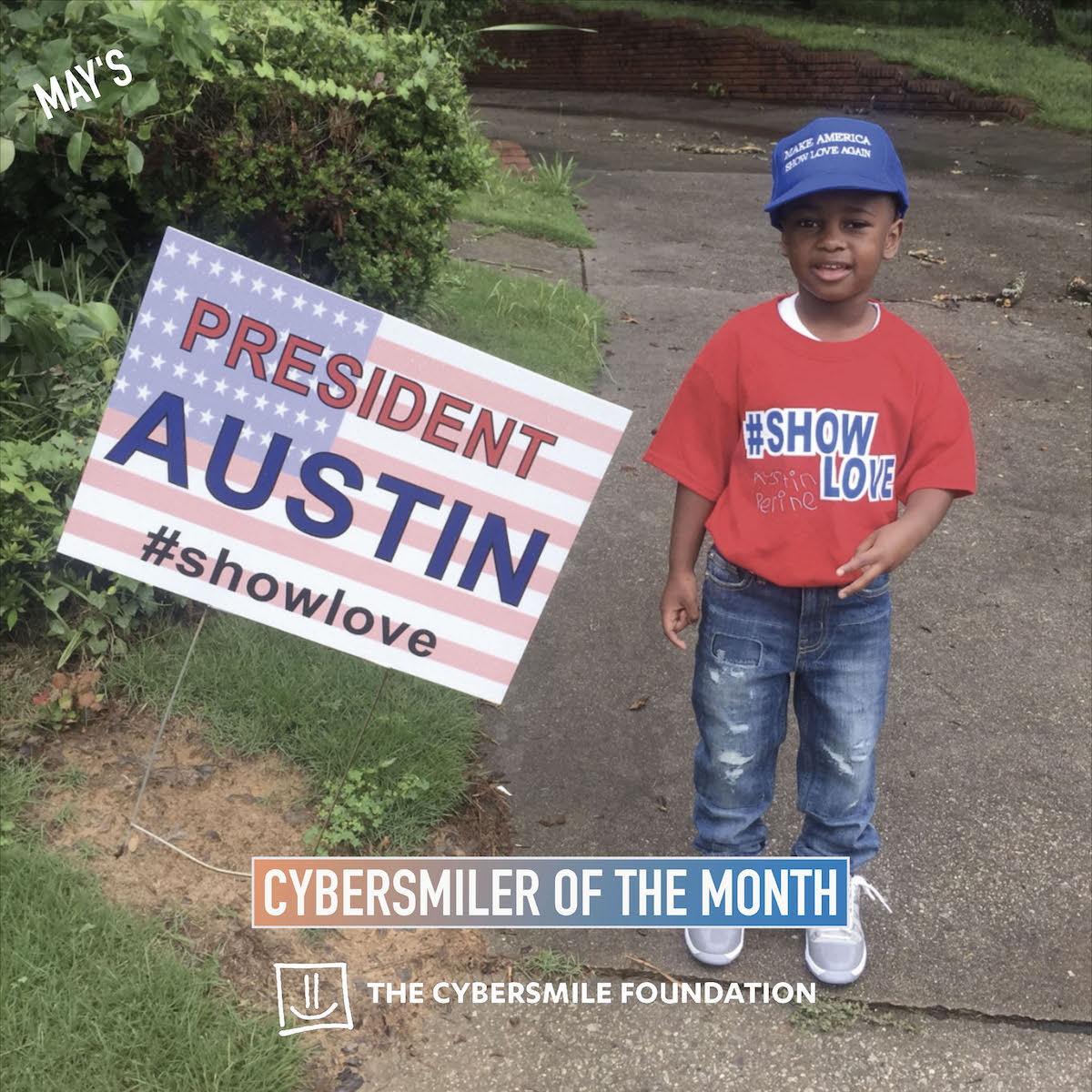 As soon as Austin understood what being homeless meant, he started spending his own allowance on food to hand out to those in need while reminding them of the importance of love. The entire world can learn a lot from Austin - regardless of his age!

Following in the footsteps of previous winners that include Dwayne Johnson, Christina Aguilera and Drake, this month’s winner of our Cybersmiler of the Month Award goes to the young inspiration, Austin Perine or ‘President Austin’ as he is now widely known.

Day-to-day, Austin is just like any other regular 4-year-old from Birmingham, Alabama but once a week he becomes President Austin, a real life superhero, using his own allowance to buy food for the homeless community in Birmingham and spreads the message of love – reminding others to spread love too!

TJ, Austin’s father said that President Austin started wanting to help after learning that some people are homeless, doing so by putting on his cape, passing out chicken sandwiches and giving everyone a very important piece of advice!

Austin Perine, Cybersmiler of the Month

After hearing about the positive impact that Austin is having on the world, people have started to help him achieve his mission of spreading love in the form of fundraising and donations. Global fast food chain Burger King have even offered the young boy all the chicken sandwiches he needs in order to help his mission!

Austin’s acts of kindness have taken the online world by storm, and we believe that everybody could take something from the miniature superhero’s heart-warming message! Following the amazing reaction from the public and continuing donations being received, President Austin and his father TJ are now setting their sights on a much larger project of opening a rehab center for the homeless.

“We’re going to try and give people jobs and just try to make a difference one person at a time.”

Austin has shown that you are never too young or old to change the world. We think Austin is a true Cybersmiler and is setting an example that people of all ages can learn from – well done President Austin!

If you hear of anybody doing things to enhance the lives of others and make our world a better place, let us know about it! For further information about Cybersmile and the work we do, please explore the suggestions below.

How amazing is President Austin then? Tweet us @CybersmileHQ!