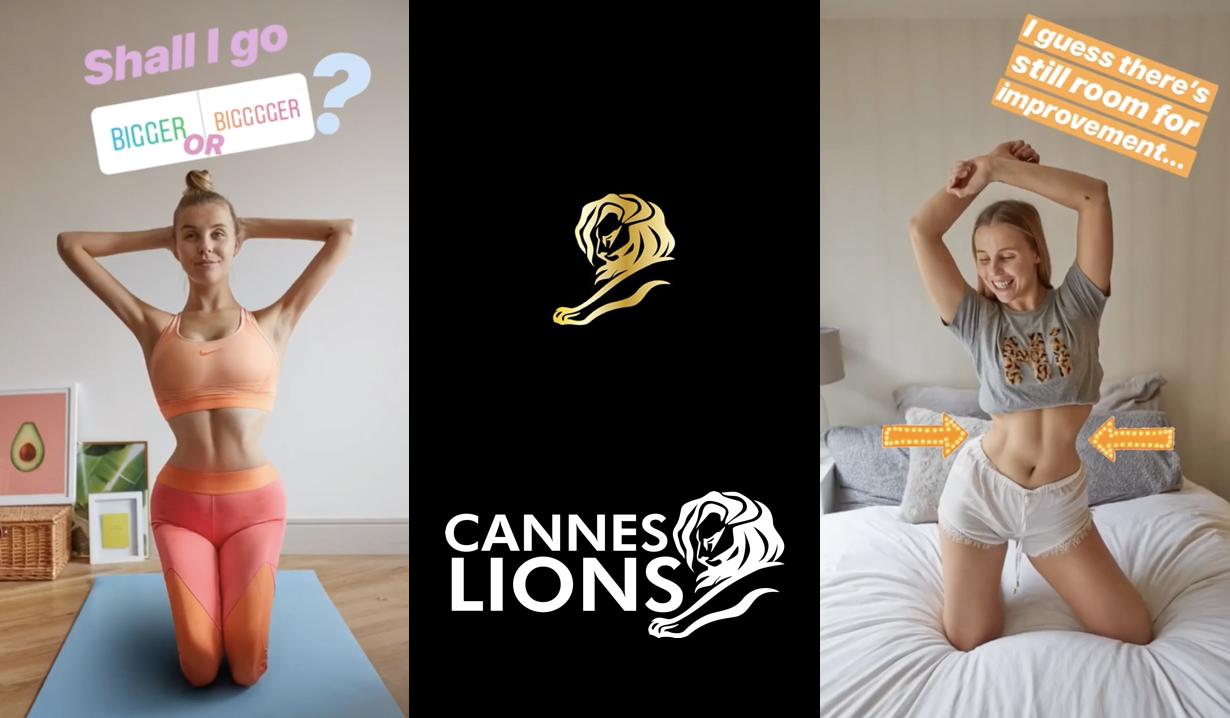 The Cybersmile body positivity campaign was awarded a total of three awards at the 2018 International Cannes Lions Festival. One Gold, one Silver and one Bronze Lion were awarded for our joint campaign with creative agency adam&eveDDB and Instagram star Chessie King.

We are thrilled to announce that our body positivity campaign with adam&eveDDB and Instagram star Chessie King has won a Gold, Silver and Bronze Lion award at this year’s Cannes Lions Festival. 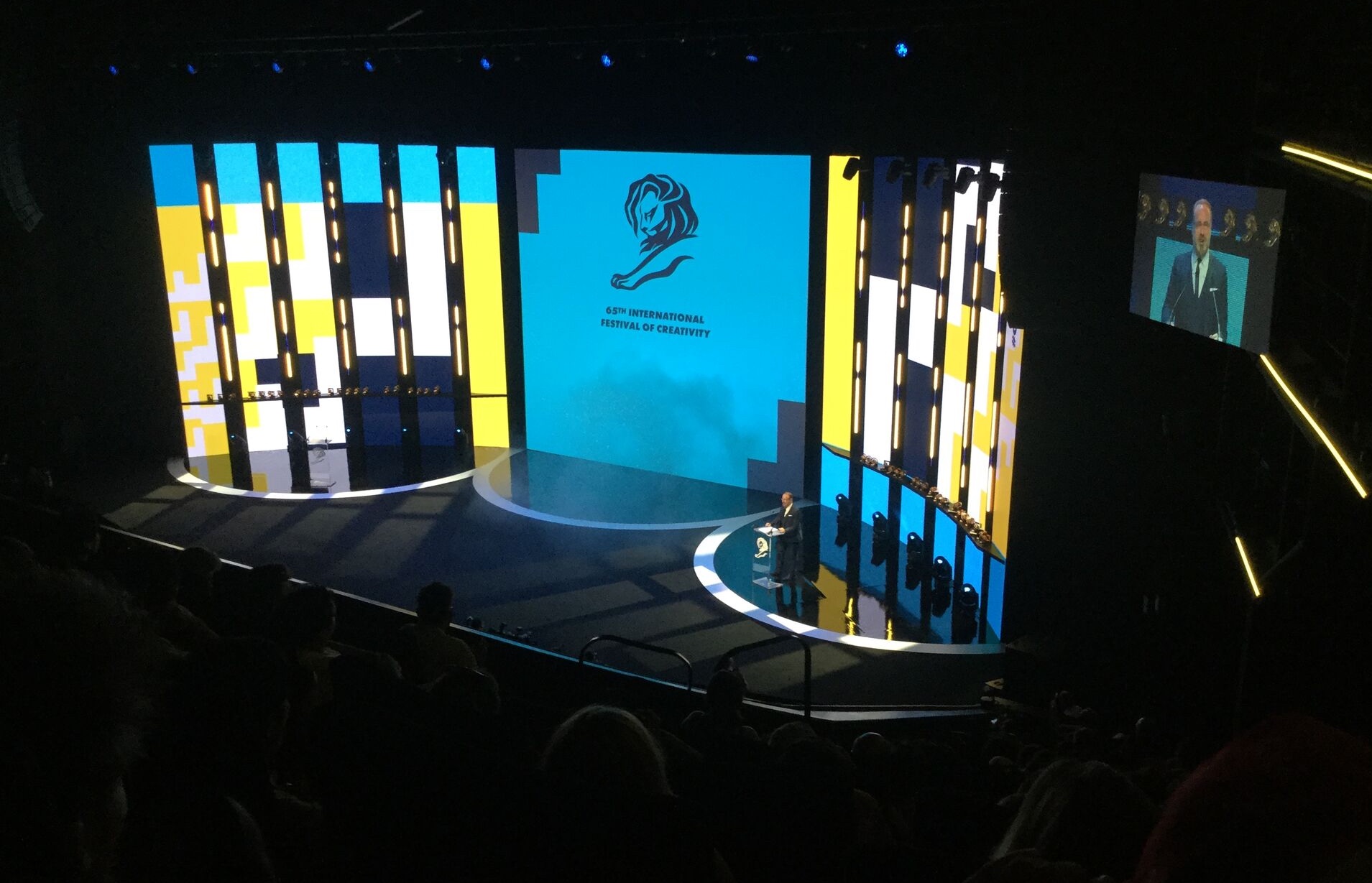 The campaign in April launched with a post on Chessie’s Instagram mentioning that she felt good about her body – this first post received over 150,000 views in the first few hours and created a huge amount of toxic and abusive comments. Over the course of one day, Chessie’s appearance was morphed in response to negative comments in a live Instagram story – showing how the impact of negative comments can have a detrimental effect on the way people see themselves. 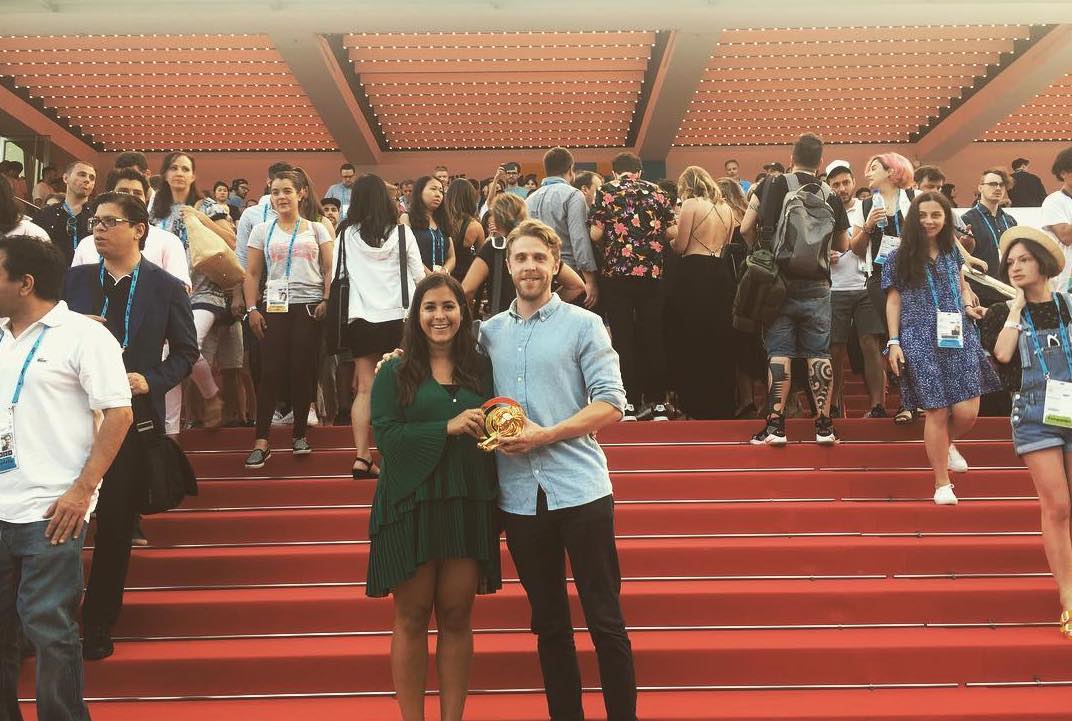 Every negative comment distorted Chessie’s body even further until her natural beauty was transformed into an unrecognizable version of herself.

“It was a great honor to have been invited to attend the Cannes Lions award ceremony on Tuesday night and to see Cybersmile’s work being recognized on the global stage. Working with Adam&EveDDB on this campaign was a dream come true and we are proud to be able to help many people understand the consequences of their actions online as well as creating a powerful reminder of how unrealistic ‘perfect’ can be! Congratulations to all the winners this year. We saw some truly inspiring campaigns.”

The campaign garnered international acclaim, being recognized in the Top 5 Ads Of The Week alongside Nike and Deadpool by Fast Company and was featured in publications including Ad Week, The Huffington Post and Mashable. The video of Chessie’s transformation was also highlighted by some of the world’s most recognized video publishers including NowThis, Pretty 52, 9Gag and MSN – receiving over 6.9 million views.

The body positivity campaign picked up a total of three awards in the Mobile Lions category including:

Along with leading advertising agencies, brands and organizations, Cybersmile’s campaign was showcased at the Théâtre Claude Debussy at the Palais des Festival in Cannes in front of an audience of 2000 attendees.

We want to say a huge thank you to everybody at adam&eveDDB and Cheesie King for making the campaign the huge success that it has been! For further information about Cybersmile and the work we do, please explore the recommendations below.

What are your thoughts about the campaign? Share your views by contacting us or tweet us @CybersmileHQ!