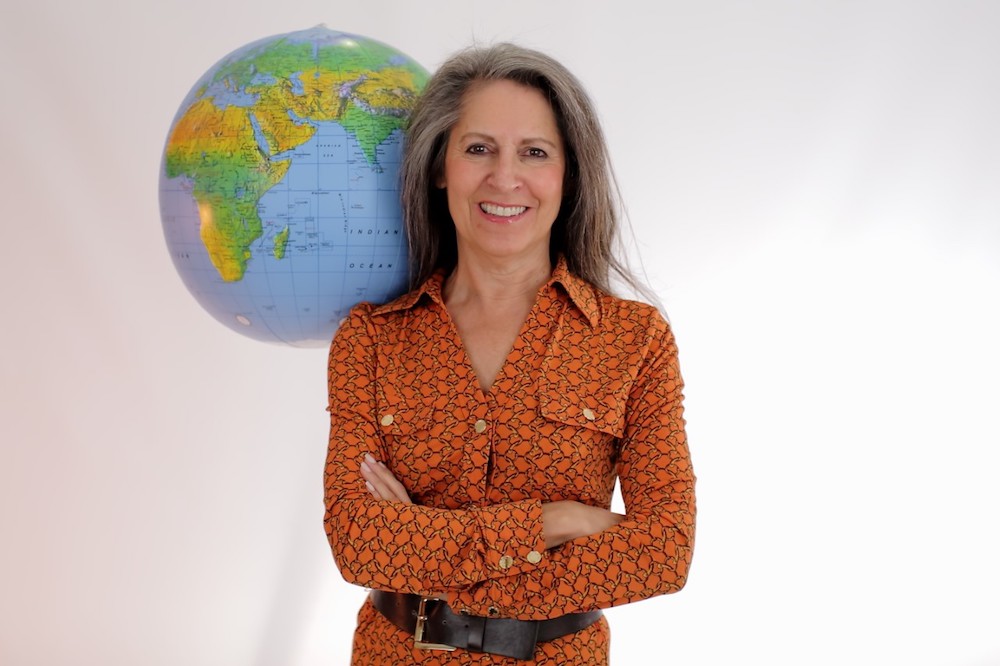 Nancy is Co-CEO of Archie Comics, one of the world's leading comic publishers which has sold over 2 billion comics worldwide! If you are affected by any kind of bullying or harassment online, follow the links to our support services throughout the article.

How did Archie Comics get started?

It was 1941 and three gentleman, Maurice Coyne, my late father in law, Louise Silberkleit and John L Goldwater formed MLJ Publications. They began as publishers of super heroes but it was their desire to expand the love and interest of graphic literacy to a female audience. Archie was then born in 1942 and was so popular, the company would later be renamed Archie Comic Publications.

The storylines were designed to reflect teens, their fickle personalities, school life, friendships, and the challenges of a relationship. Some say they looked at Archie comics as a guide to dating but it was the humor and poignant lessons to be learned that really captured their attention.

The brand’s audience became genderless, ageless and timeless and this is why Riverdale (TV series on Netflix) is the hit show it is today. The message of inclusion has resonated all over the world regardless of language or generation. When Archie speaks people listen no matter what language they speak!

Tell us about your new autistic character, Scarlet, and how she helps people understand the importance of respect and kindness.

The new character Scarlet is a lovely young teen at Riverdale High, skilled in building things. She cherishes friends but has difficulty expressing friendship or how she desires inclusion; she reacts differently to situations such as sounds and light.
Scarlet is neuro diverse – The term neurodiversity is what is now trending for people with autism. Physically she has a little ponytail that flows to the side and she wears glasses.

Given I was previously a teacher, I like to get in as many educational and life experience paths as I can into one project. So crafting a storyline for Scarlet allowed me to build her passion for building – to be a direction that would encourage female readers to explore careers and interests that are in traditional male dominated fields. No girl should be discouraged by this, but be prepared.

What are your thoughts on the changing narrative of comics, and can you shed some light on emerging themes such as neurodiversity and what this means for the future of storytelling?

The evolution of storytelling is faced with a generation that demands to be included. People today want to have a say on just about anything and graphic literacy is the literary experience that encourages the reader to bury their noses into the graphics and expand the story in a way that makes sense to them.

Graphic literacy is a platform that is utilized in all subject areas. The story isn’t just told but shown; the story has added emotion and deepens the reading experience.

How can comics help educate young people about issues such as cyberbullying and online abuse?

The reader connects with graphics, pictures which add depth to words! lf the characters are being bullied or abused, the reader will empathize on a deeper level with the issue that’s graphically displayed. It can be done subtly such as turning the lips down or with a sad face.

What do you think can be done to reduce incidents of cyberbullying and harassment?

See Something, Say Something. If people see or hear or have been told of something troubling, they tell someone until they feel the situation has been resolved. If you are a teacher or parent or other figure of authority, do something about it. Don’t just ignore it or hope it will go away.

We also need to clamp down on fake online profiles, if not, try to do away with them altogether.

It’s difficult to have a favorite as they are each great in their own way. Twitter allows you to interact with people you’ve never met and quickly make new friends. Facebook is great for sharing content. Instagram is good for sharing images. LinkedIn is wonderful for making professional connections.

Is social media a blessing or a curse?

Like anything there are pluses and minuses but unfortunately the minuses can be more damaging than the pluses are rewarding. We are no longer engaging in real-time with people – I find myself having to tell myself to turn it off. If I am around people, I am now making it a point to ignore all smart devices. Physically, I feel it’s prohibiting us from the outside and exercise. The internet was to provide us with information quickly. We never thought about the dark side of what technology would face us with.

Have you experienced any kind of online abuse and how did you deal with it?

I was a victim of fake news before it was even a thing because someone wanted to hurt me via the spreading of lies. That was the moment when a few words naturally emerged in my mind and heart. I formed those words into a personal mantra for myself that would rock my soul in a way that would help propel me forward. A mantra of never letting anyone else define who I am.

It’s not for anyone else to tell me what I can or can’t do, what I’m capable of.

Now though I know who I am and that’s what matters. It helped me handle situations that were negative and I learned how to move around the situation. I have found it’s been helpful in having a teaching background. Stepping into the classroom, a teacher can be challenged just by the student who does not want to learn and tries to be disruptive. I have 25 years of teaching under my belt and had to become very skilled in learning constructive ways to move beyond distractions.

A bully will test you and see how far they can go and this is why ignoring them can be the worst thing to do. One must call out the bad behavior and report it until it stops or gets worse.

What would you say to somebody that thinks cyberbullying is a joke?

Then that person has not connected with humanity. There is nothing funny about it and the damage it can cause is untold.

What advice would you give to someone suffering from abuse right now?

Hang in there, life does not always stay the same, It’s always changing, and one day you will be able to look back and see how your strength to stand tall, as others tried to bring you down, made you a hero!

No one has the right to define how they want you to be. Be sure to let the bully know they have crossed the line, what they said was hurtful and they must stop, but get out of their box. There is something about you that they do admire and simply do not want you to shine, so stay far away from them and give yourself the time to see you want a life that’s kind and respectful – be the one who teaches others that empathy for humanity is key.

Can you tell us about any projects you’re currently working on?

Current projects for Archie are always out there as a surprise! So I say “tune in” or check out our site archiecomics.com.

As for my foundation, Rise Above Social Issues, there are many issues I would like to tackle in a comic book such as organ donating, asthma, hearing loss, diabetes – there are so many causes!

The way it works is with funding, so all are just waiting for the right support to come along. At the moment, See Something Say Something is finally complete with the new addition of graphics for the cover and back. This project covers gun violence, a very relevant topic here in the U.S.

See Something Say Something must be factored in as a way of life – no longer can there be a stigma of being a tattle, or the fear of retaliation. People did speak out in Florida before this tragedy but it fell on deaf ears.

This comic book project is intended for the teacher who is in need of a medium to help aid children in approaching this delicate subject in an appropriate way so as to promote conversation rather than dismiss the stress that our children may be dealing with internally.

There can be a number of awkward feelings about this but none of them amount to anything when compared to the feeling of mourning over a deceased student or concern whether my classroom is safe!

Do you have any positive quotes that you use to self-motivate or a mantra?

I always thought quotes were attached to philosophers, presidents, public people, but one day, when the going was certainly getting challenging in a part of my life, a thought popped in to my head. I know who I am. It was just those few words, it was like a light bulb had turned on, it really clicked with me like a mountain had just lifted off of my body – people were trying to crush me!

But I knew who I was and that’s all that mattered! That was where I thought I am going to craft a quote for me and let others know!

“Never let anyone define who they want you to be! You know who you are and I will move forward with my hopes, desires and dreams!”

We want to say a huge thank you to Nancy for sharing her knowledge and expertise with us! If you would like to learn more about Cybersmile and the work we do, please explore the following suggestions.