Dutch Court Rule That Amanda Todd Cyberbully Is To Be Extradited 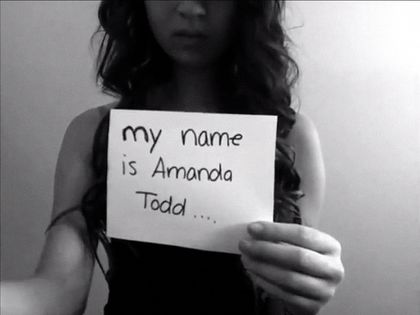 The ruling means we will be likely to see an increasing list of countries seeking extradition for cyberbullies and online abusers previously protected by international boundaries.

Dutch authorities have agreed to extradite a suspect in the Amanda Todd cyberbullying suicide case in a landmark decision that could set a precedent for international online abuse and stalking cases. The suspect, Adyn Coban, a Dutch national is already facing 72 separate charges unrelated to the Todd case following his arrest in Holland in 2012 after a Dutch Police investigation involving Dutch victims. The charges include blackmail and the production and distribution of child pornography (read our legal perspective on cyberbullying and online abuse for up to date information concerning online legalities).

The Dutch court ruled that Aydin can be extradited to Canada after his trial in Holland, due to start in 2017. He will then face 5 charges from the RCMP ( Royal Canadian Mounted Police) related to the Amanda Todd case including extortion, internet luring, criminal harassment, and the possession and distribution of child pornography.

Amanda Todd, a Canadian teenager tragically took her own life in 2012 after years of suffering cyberbullying and harassment at the hands of online stalkers and abusers. Her suicide was followed by huge public outcry in Canada and across the world as millions of people saw her story spread through social and mainsteam media. A harrowing you tube video that Amanda made just a few weeks before she took her own life, depicting her story in a series of flashcards, was seen by over 19 million people.

Following Amanda’s death and the RCMP investigation, Christy Clark, the Premier of British Columbia, made an online statement of condolence and proposed a national discussion on criminalising cyberbullying. Also, a motion was introduced in the Canadian House of Commons to propose a study of the scope of bullying in Canada, and for more funding and support for anti-bullying organizations.

Attempts to uphold new cyberbullying laws in Canada have so far been unsuccessfull. In 2015, the Supreme Court Of Nova Scotia struck down the Cyber Safety Act, which had been swiftly put in place following the suicide of Nova Scotian teenager Rehtaeh Parsons in 2013. The court struck down the new law citing it as a ‘colossal failure’ that infringed on charter-protected rights and freedoms.

Like many other countries around the world that are experiencing difficulties in addressing the legal aspects of online criminal harassment, Canada is continuing to look at existing laws in place that cover harassment and other criminal activities such as blackmail and extortion, to see how they can be applied to cases involving the internet – as in the case of Amanda Todd.

If you are affected by any form of cyberbullying or abuse online please contact our trained support advisors 24/7 by emailing [email protected]. You can also visit our cyberbullying and online abuse help center or find out about our total access support services for the various ways we can help you. For further information about Cybersmile and the work we do, please explore the following suggestions.

What do you think about this latest development? Tweet us your views over @CybersmileHQ