Cyberbullying: Is the Law really so inept? 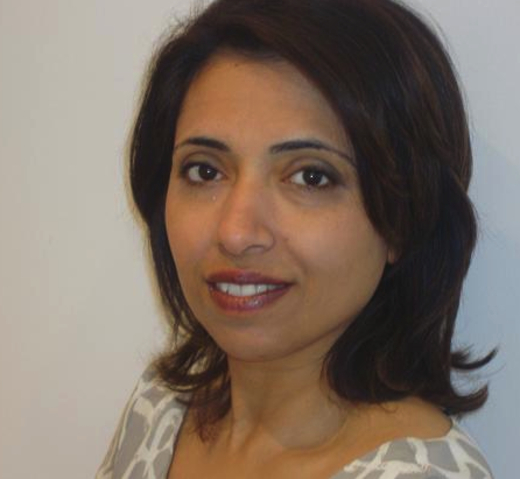 Four years ago, the seriousness of cyber bullying was unknown to me. I was a litigation and divorce lawyer. I was then instructed by the victim of the most heinous of cyber bullying that I had seen and my eyes were opened to the real suffering which so many are quick to dismiss, just because the offence takes place online.

Being turned away by the police – which is a common experience for so many victims, we had to think about other alternative options available to attempt to trace the perpetrator of this abuse, which we did, successfully.

Whilst working on this matter, research that we carried out, disclosed to us just how prevalent the issue of cyber bullying was and the results were incredible! Over 50% of those surveyed (16-40 year olds), said that they had received some form of abusive electronic communication – whether it be by email or social media and the in the majority of these cases, the victim has no clue as to the identification of the sender. However, a tiny proportion of recipients of this abuse, only 14%, actually reported it to the police as they believed that the police would not take their matter seriously – and this is a very sad truth.

Despite all the media attention on internet trolls and bullying, the outcome of so many cases are diverse and varied. Frank Zimmerman, the troll responsible for sending threatening and highly offensive emails to Conservative MP Louise Mensch was found guilty of sending by public communication network an offensive, indecent, obscene, menacing message for which he received a restraining order banning him from contacting Louise Mensch and number of other celebrities as well as a six month suspended prison sentence.

Liam Stacey was behind the offensive tweets concerning Fabrice Muamba and received a prison sentence of 56 days.

However, Daniel Thomas was not prosecuted when he posted homophobic comments about Tom Daley on Twitter and Azhar Ahmed received a community sentence after saying ‘soldiers should die and go to hell’.

These are just a few examples of how, when the perpetrators are identified, there still remains a vast disparity in our legal system when it comes to punishment.

The real issue however, still remains the lack of recognition of online abuse being a crime. Time and again, the police have failed to take matters on and failed to investigate the identity of the person behind the offensive and abusive messages. My personal opinion, based on what I have seen, is that many local police stations are ill equipped to deal with these matters: they have not trained their officers and therefore, these issues are just ‘alien’ to them: it’s online and therefore not real.

When the victim is in the public eye however, it is surprising how quickly results are achieved: identities are usually obtained and prosecutions ensue. Only last week two Twitter trolls received prison sentences for their roles in the abuse inflicted on Caroline Criado-Perez.

There is clearly an issue here and one that needs to be addressed. In the UK we have sufficient legislation to deal with the problems of online abuse. The Communications Act of 2003* makes it an offence to send improper messages, that are grossly offensive or of an indecent, obscene or menacing character. It also covers false messages and persistent misuse intended to cause annoyance, inconvenience or needless anxiety. A prison sentence of up to six months and/or a fine of up to £5000 can be imposed on a successful prosecution.

We also have the Protection from Harassment Act 1997* which deals with any form of harassment, and covers offences where the victim has been made to feel fear of violence against them. Offences of this nature can attract a sentence of up to 5 years in the Crown Court.

Where does the system fall down?

In my opinion – several places. Firstly, and as already stated, the police have got to recognise the seriousness of this abuse. We are living in an era of technology – which has brought the world a lot closer together. Whilst there are huge advantages to this, the dark truth is that there is a lot of misery being created as well – which can and must be dealt with.

It is possible to obtain information from the social media platforms to assist in tracing the perpetrators – however, the quality of that information can vary. Where the police have not been willing to assist, we have on many occasions obtained a Norwich Pharmacal Order* (disclosure order) which we have served on service providers to compel them in to providing all of the details that they have relating to the account from which the abuse was sent. This is quite an expensive process, but one that the police can fast track, for cases that they take on.

However, the information that is ultimately obtained may not provide the results that can lead us to the perpetrators. In the recent matter concerning Stan Collymore, the police have not been able to uncover the identities of the individuals concerned and this may be for a number of reasons. If an internet café was used to set up a fake account, then it will become almost impossible to trace the individual.

Stan Collymore called for social media sites to take on a moral responsibility and engage in the process more: to not allow such abuse to be channeled through their site.

We have to remember that sites such as Facebook and Twitter are social media platforms: there to allow interaction between people/groups/companies etc. It is not and cannot be possible to moderate each and every tweet that is sent. With close to 650 million active Twitter users and almost 9000 tweets per second, monitoring what is said would be impossible. But there is perhaps the option of making the site harder to open an account for. If more details are requested, eg credit card details, a person would think twice before setting up an account, which they were intending to abuse an individual from. There will always be ways and means for circumventing the hurdles that may be placed in the way of opening accounts – but at least there would be a hurdle.

But in the commercial world in which we live, how attractive will this be to the likes of Twitter and Facebook? Tackling the issue of anonymity on the web is important to so many users and yet the fear of having this veil lifted to those living in suppressed regimes is also great – I believe that if Twitter was to make it harder to open an account, the sad reality would be that there would be a gap in the market for another platform, offering an easy sign up option and bringing the same issues concerning anonymity on the web again.

For those of you reading this article, who are currently experiencing online abuse, you must inform the police and if you are met by someone who does not understand the concept of abuse on the internet – then persist in demanding that they locate someone in the station that is aware of these issues. Do not accept ‘sorry there is nothing we can do to help’ as a response. Persistent unwanted electronic communication is a criminal offence and should not have to be tolerated.

Whilst you can approach solicitors to try and track down the identities of the perpetrators, this is an expensive option and one that the police should be dealing with for you in any event. If, despite your attempts you are still finding yourself up against a brick wall, obtain the names of the officers that you have spoken to and contact an organisation like Cybersmile to apply some pressure on your behalf. It will only be by bringing these offences to the attention of the powers that be, with the police being at the lower levels of such powers, that these offences will be recognised for what they are.