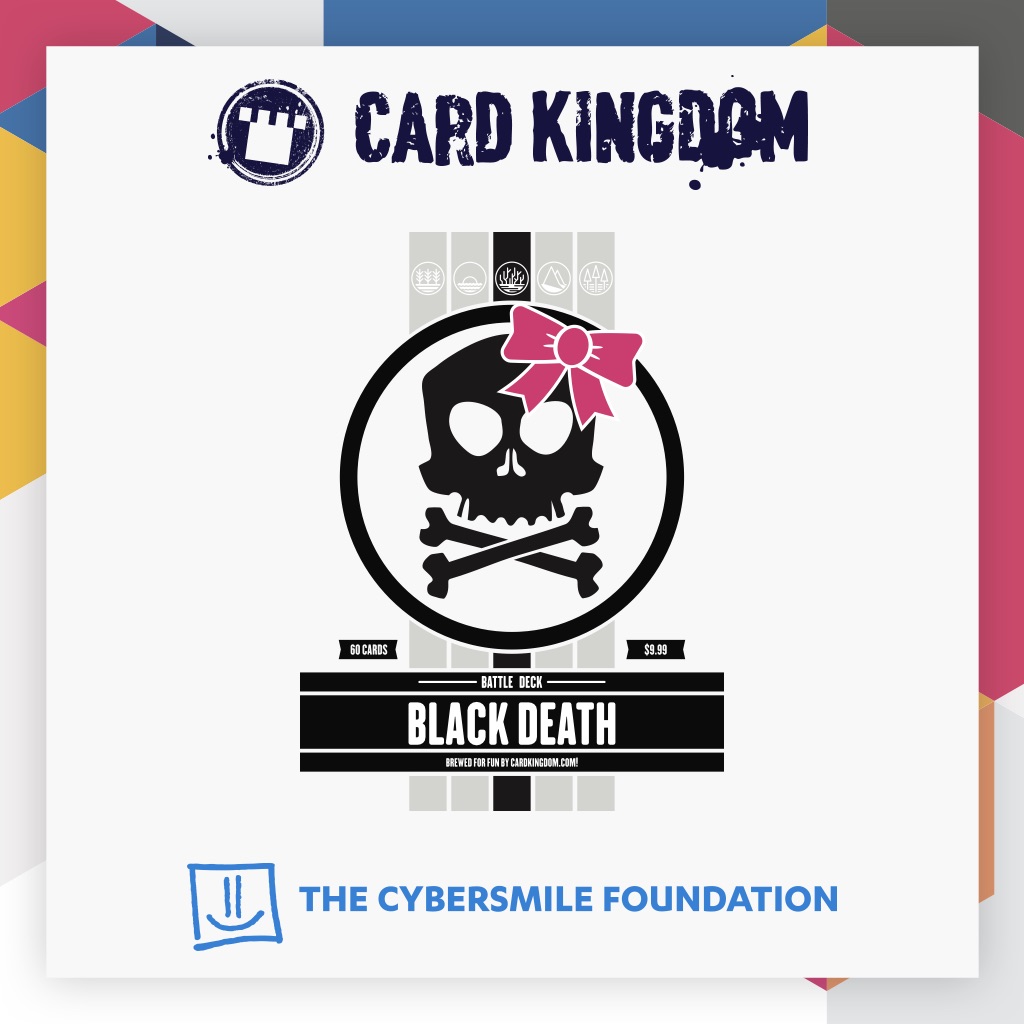 As part of Card Kingdom’s efforts to support the game community as a whole, they have organized an online fundraiser for Cybersmile, and will donate 100% of the profits of their new 'Magic for Her' products throughout the month of March. *WARNING* Satire is prevalent throughout the campaign, and especially on the video below!

Cybersmile and Card Kingdom have teamed up on a new campaign to reject cyberbullying, harassment and stereotyping of women in the gaming community – and to encourage inclusion and kindness both on and offline.

Card Kingdom is one of the world’s largest online retailers for the popular card game Magic: The Gathering, which was established in 1993. With a large community of players across America and around the world, Card Kingdom has a passionate, diverse audience and an extremely loyal fanbase. With two brick and mortar game stores in Seattle, known as Mox Boarding House, players of ‘Magic’ also travel and come together to play in tournaments and participate in other community activities throughout the year.

Addressing toxicity online has been a priority for Card Kingdom since an incident last year involving harassment of players in the community emerged.

“The online harassment that occurred last year, and keeps occurring, in the Magic: The Gathering and online communities is deeply troubling. It does not represent our company or our community values. As such, we wanted to do something that would not only draw a line in the sand regarding where we stand, but also do some good – thus Magic for Her was born. I’ll add that it’s also been quite enjoyable to poke fun at product marketing aimed at women.”

As part of Card Kingdom’s efforts to support the game community as a whole, they have organized an online fundraiser for Cybersmile, and will donate 100% of the profits of their new ‘Magic for Her’ products throughout the month of March.

“We have chosen Cybersmile as the beneficiary of our Magic for Her campaign because of their ongoing and committed efforts to combat cyberbullying, as well as to create a brighter, kinder internet. We feel strongly that the gaming community is a space where everyone should feel welcomed, and Cybersmile is actively working towards this mission. We are inspired by their work, and we hope our customers are as well.”

Funds raised by the campaign will help sustain Cybersmile’s Global Support Service, providing victims of online abuse with practical and emotional support – wherever they are in the world. You can click here to participate in the online fundraiser, or click here to buy select products that will support Cybersmile’s work.

“We are excited to have been selected by Card Kingdom for this campaign in honor of Women’s History Month. Their work to address toxicity in the gaming community is very important and welcome. Cybersmile believes everybody should be able to enjoy gaming and interacting without fear of bullying, threats and abuse. ”

If you are affected by any kind of online negativity, we can help you! Visit our Cyberbullying and Online Abuse Help Center or check out the various ways we can help you through our Total Access Support service. For further information about Cybersmile and the work we do, please explore the following recommendations.

What are your thoughts about the campaign? Tweet us @CybersmileHQ.