The Human Condition and Social Media 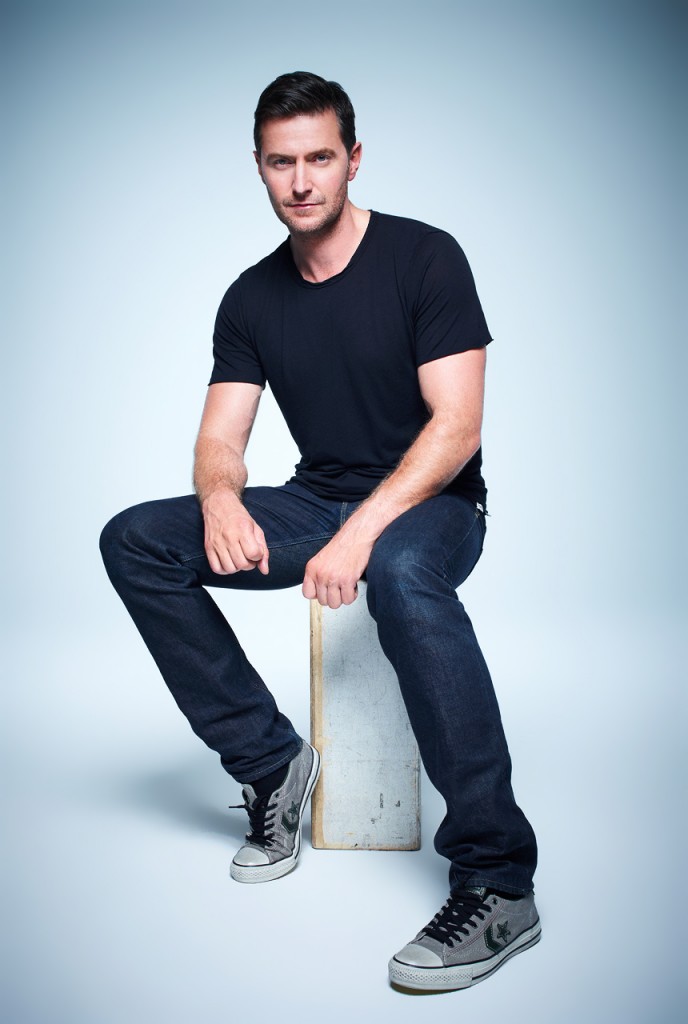 We’re excited to bring you an exclusive insight into thoughts on social media use in our ever-digital society from official Cybersmile Ambassador, Richard Armitage. Richard is a successful British actor (best known internationally for his role as Thorin Oakenshield in the epic trilogy The Hobbit); in this passionate and honest examination of digital communities, he discusses his own experiences with overcoming bullying and the lasting impact this can have on a person.

“And therein lies the rub”; because no matter how careful and clear I have attempted to be in my first exploration of voicing a troubling subject with Cybersmile, it isn’t black and white.

“So if I don’t have any thing worth saying I should speak?”
“Shall I only say nice things?”
“So am I not allowed to criticize or I get ‘unfollowed’?”

The answer in my humble opinion, (and believe me it is humble, to a point of taking 43 years to be shared) is actually something which applies to my work as an actor. It’s why sometimes actors are called in to work with therapists, in large corporations, in schools. It’s why drama therapy is fantastic to understand what we do, how we do it and what the outcome might be, and in an improvisation where we aren’t playing ourselves sometimes we explore avenues that are too frightening or unacceptable in our own lives.

In a way, “Social Media” can replicate this, just take a glance at the brilliant documentary “Catfish” by Henry Joost and Ariel Schulmann. It’s a microcosmic view of what is happening, to a lesser degree, over all social media. A kind of fantasy world, a reinvention of the self, if the ‘self’ is unsatisfied or unhappy with the self. I recently used a hashtag, #findyourvoice. It’s a bit cheesy I guess, but I think everyone is doing that to an extent on line. Whereas 20 years ago we were beholden to journalists, columnists, newsreader to tell us their options, now everyone can speak. Please do not mistake that this is a wonderful thing. Everything can now be a forum of debate and discussion. Communities of friends can gather and find each other, and we forget how difficult that can be for many people. People who find it hard to socialize, who aren’t mobile, who are lonely.

The flip side of that coin is sociopolitical and political activity, now we no longer have to rely on ‘the party line’, we can go in search of the truth ourselves. I have an image of every household in Texas having a communal yard sale, (or for those on the other side of the Atlantic, the entire British Isles having a jumble sale) finding anything of value is a difficult search, a treasure hunt perhaps. Another metaphor (because I love music) every person in China (because there are lots) is playing a musical instrument at the same time, somewhere in there is Arvo Part’s Speilgel im Speigel (sure, find it on Spotify is really nice) how do I hear it? Especially when I can’t even guarantee the instruments are what they say they are and the people playing them are also not who they have told me they are….how do you know this is even me, RA?

Well we can’t detect. We can’t govern and we can’t regulate, and moreover we probably shouldn’t.
Freedom to speak, freedom to listen to whomever we wish.

I do believe that we should show our faces and use our real names when we are on line, that’s just a personal preference.

So going back to my very first point, the “social media society” in which we’d all like to feel safe, supported, excited, creative, spontaneous, innovative, courageous, is really in our own hands. And back to acting, it’s taken me a long time to shake off the effects of bullying in school. That people were always laughing behind my back. I was always looking out of the corner of my eye. I now have incredible peripheral vision which is so useful, (as is Kinesthetic sense…Google it) but try being a brave, experimental, uninhibited actor with all of those hang ups. Wasn’t happening.

So here is the thing, and it’s key to my work and I think ours as a community. When we speak or write, we ultimately desire to ‘affect’. If we aren’t watching the destination of that affect, then how do we know our words have landed and the ‘effect’ they have caused? It’s easy face to face as the 43 facial muscles of the other person can give us a million answers to that question. But ‘on line’…how? It’s usually in the answer that is written in return, but, my goodness, the misinterpretations that can happen when we don’t express ourselves succinctly and specifically.

Even then, motives are questioned, agendas are speculated on, subconscious…well let’s leave that to the Psychologists.

Let’s not censor too much, and yes we must speak our minds and the truth; but we must also ‘watch the destination of our words’ and understand the ‘fuel propelling it’. It could be anger, it could be hatred. Sometimes it’s provocation, sarcasm, humor. Sometimes it’s just to be contrary to what everyone else is saying. Just stop and think before you hit ‘send’.

Re read what you wrote, I do it all the time. I delete more than I send. (I pull back that which I’ve changed my mind about.) If I have a strong opinion about something which I want to express I really task myself with backing it up with the ‘why do I feel that?’

I’ll probably sound preachy (I don’t take that well…I’m no preacher) but we have an amazing language, and now with this electronic thing I my hand, I can go in search of words that really express how I feel or think. I would encourage everyone to do the same. And let’s all figure out how we ‘move around’ on line.

And even as I write this I know that there will be those who just say “No, I have the right to speak about what I like, how I like and to who I like, I have the right to be a bully if I wish” and I say ‘do your thing’, when there was something on TV that I didn’t like I would turn on another channel, or switch the thing off. Same with social media. Block and Mute…. 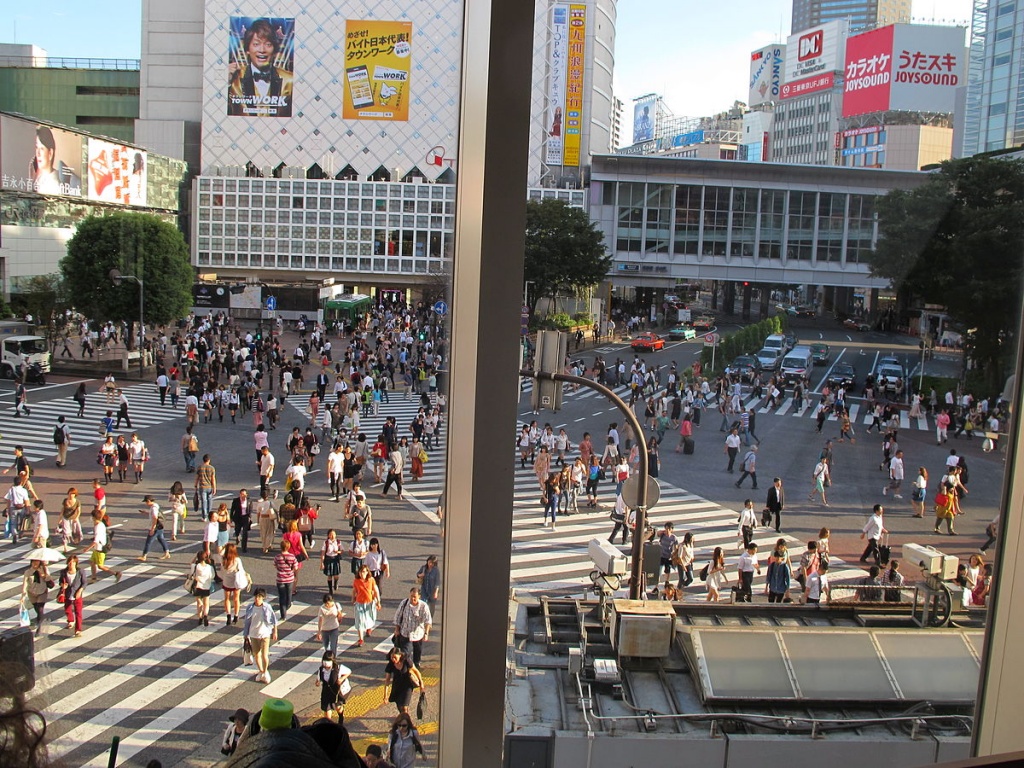 In a very crowded street, much of the time, we seem to navigate without bumping into each other, and on the whole, the street isn’t filled with a punch up every 10 feet….why so on line?

As for Bullying, it’s like the moment the pot boils over, or it’s the poisoned stream that can’t be cleansed, so why bother. Well I think that’s what art is for. It’s can support the best and the worst of ourselves. We can ‘attack’ a canvas with black angry paint, we can ‘savage’ a piano keyboard, we can dance until we drop, we can read about a Puritan society who executed elders, we can explore the psychology of a serial killer, and when we can’t do this ourselves we can experience it, and witness it through others.

It’s more than being nice. Edward Munch’s “The Scream” is far from nice. Francisco Goya’s “Saturn” is horrific, Metallica, Die Antwoort etc etc. But then there is Monet, Faure, Renée Fleming, Peter Jackson, Ariana Grande (ok it’s getting a bit eclectic I admit) but when we look, listen and empathize, we tune in to the Human Condition.

To further explore some of the subjects Richard was discussing please explore the following suggestions.

Thank you to Richard for sharing this open and honest discussion of people and their internet use. To respond and have your say, join the conversation on Twitter – tweet us @CybersmileHQ @RCArmitage with your thoughts!