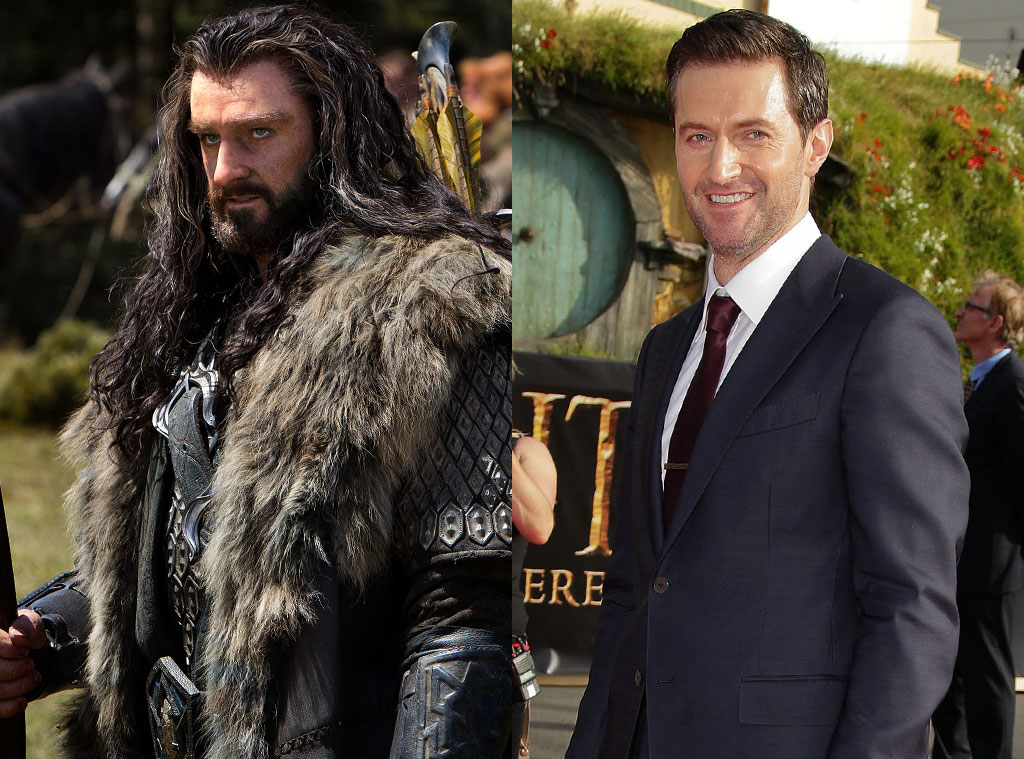 We are excited to bring you an interview from the latest member of our Cybersmile family… brand new Ambassador, Richard Armitage! Richard is a British actor best known internationally for his portrayal of Thorin in The Hobbit trilogy, stars in Series 3 of acclaimed US series Hannibal, set to premiere Thursday 4th June, and later this year begins production on new film Clearance. We had a chat with him about his online life and thoughts on social media as well as his favourite positive tunes!

What was it like working on The Hobbit films and did you learn any life lessons from the experience?

The Hobbit was life changing, to be so far from home and yet feeling so ‘at home’ with the Kiwi family that I found Pete Fran Philippa and all the crew down there, was incredible. I met people who have changed my life forever. I worked harder than I’ve ever worked because the story was something very close to my heart. That’s what I really learned, that when one is passionate about something it becomes a vocation not a job, and for all the anxiety, criticism and naysayers there is the love for what you do that surpasses everything. I think audiences felt that. These films embody the passion and perseverance of the film maker and his crew, the actors and the plight of the dwarves.

I’m not quite sure yet, I have a feeling it will end. I have lived half of my life without this electronic thing in my hand, I love connecting quickly and finding information I need. I think it’s like sugar, the more you eat the more you want. It gives you energy but too much can be toxic, trippy.

What do you think the entertainment industry can do to tackle digital abuse?

I don’t know what an industry which says; “bad press is better than no press”, can do. But I know that the ‘toxicity’ I just mentioned is addictive. Negativity, “trolling”, bullying is an addiction. Online, we can hide behind a pseudonym, a false photo and be nasty, negative, provocative, it seeks and gains attention, but it’s an awful legacy to leave. Words spoken can be forgotten but what we write is forever retrievable. As a person who had some pretty damaging words spoken to me through my youth, I’ve grown up with a real sense that making someone feel great, giving them encouragement, praise, positivity, well let’s just say it ‘love’: is far more satisfying than the antithesis. I never entertain gossip, I try never to speak badly of people if I can absolutely avoid it. If someone wants to come to me and ‘gossip/bitch’ whatever the term is, I stop them and tell them they are talking to the wrong guy. I was once told “those who gossip to you, will gossip about you.”

The one thing that fills me with a sinking feeling, are the endless reality shows which seem to foster extremes of negative, dishonourable, rude arrogant behaviour. The proud mantle of, “I tell it as it is, I speak my mind,” to me, seems at odds with civilised behaviour. There is a difference between honesty and truthfulness, and overtly causing hurt or offence because it draws attention. This has filtered down into a ‘default setting’ of aggressive finger wagging ‘in your face’ cultural behaviour.

From “The Real Housewives of….pretty much everywhere”; adults reduced to hair pulling, name calling, playground behaviour, to the rather more serious, extremely offensive racist remarks that President Obama received via Twitter, it seems that bullying has become a kind of entertainment, and ‘in extremis’….a hate crime. To answer your question the entertainment industry has a lot to answer for.

I would advise everyone to guard their precious reputation be it up front or in anonymity and make the legacy you leave in person or on line, one you are proud of.

We’ve all seen celebrities quitting social media following episodes of digital abuse, how do you think this will affect their professional lives?

I have always been prepared for social media to be an experiment. I have asked on my Twitter feed for users to avoid bad language if they can, I’m aware that there are very young, old, and just sensitive people who may be frightened away. And as my Twitter feed is ‘my bar’ you have to play by ‘my rules’ if you don’t like it, you are free to go elsewhere. I’d happily have no followers at all than nasty abusive ones.

Block and Mute are two gifts that twitter have given us. But I’m also not averse to shutting the whole thing down and pulling the plug. For young people this is much more difficult, as they may become ostracized. I do think we are all much more aware of Cyberbullying, but regulations aren’t really going to work, we have to be responsible for each other. Empathy is a great way to ‘plug in’….”would I say this to; my Mum?….my child?….my best friend?….my loved one?….,” If the answer is no, then don’t write it, no matter how angry or hurt you are. Be one of the strong ones, the ‘silent pioneers’ for decent, thoughtful, kindness and consideration. Your words ricochet, they can be read and re-read, long after you have forgotten about it. Be good to each other.

What advice would you give to people receiving abuse online?

I would say, ask the person to stop, don’t engage with them. Don’t get into conflict, you may find yourself spouting the same kind of abuse. Trust me on some sites I’ve seen an extraordinary display of child like petty squabbling that becomes a white noise of insignificance.

Remain silent, try to avoid reading the nasty stuff, seek out those who encourage you and do the same in return. If it’s unbearable then ask for help. Cybersmile is a good place to start.

What would you say is the line between critique and digital abuse? When does it go too far in your opinion?

Well everyone is a critic aren’t they. And the printed word can often look like ‘critical analysis’. There are professional critics and arm chair critics but after all, everything is always opinion. You are free to have yours, and you may choose to share that opinion or keep it quietly to yourself. Remember that your opinion isn’t necessarily the same as someone else.

Debate is great, and being right or wrong isn’t the point. The ability to discuss and enjoy disagreeing in harmony is where our culture began; in the philosophical forums of Ancient Greece. Live and let live, agree to disagree, be prepared to have your mind changed but accept that some people like ‘red’ and some prefer ‘blue’. Chicken or Beef, Beach or Snow, Dogs or Cats, Beard or Clean Shaven :-) everything is valid.

Also just be prepared…I rarely look at things about myself online, but if I need to, for whatever reason I have the mantra, “there will always be one”; The class clown who makes a crack at someone else’s expense for a cheap laugh, (professional comedians take note) the so called “friend” who you catch giggling in a corner with the others. The seemingly sweet person who begins the sentence with, “I’m not being nasty but…,” or, “I’m not being funny but..” And yes we know that what you are about to say is both “Nasty” and “Not Funny”. And just when you think they have gone away, they ‘tap you on the shoulder’….. It can feel like an exhausting lonely place. But it’s not. There are people who will ‘have your back’, loyal friends, family members, even strangers who will support you.

Bullies aim to plant seeds which germinate into deep roots, if you let them they can live with you for a long time. Don’t let them, discard what they say to “junk/trash” (It’s a good name right?) One more thing, even if you feel in a place of real despair, you can just take a moment to perhaps say, well these ‘bullies’ think they are winning, but what they are doing is giving me a real understanding of how NOT to treat people. I’ve had so many examples of situations, through school and out in the world, (especially the ego driven, competitive world of “show biz”) when I’ve gathered enough information through being made to feel bad that I can say, “if ever I’m in the position to treat people well, to make them feel good, I will do exactly that.”

Finally, know that the majority of people are kind and are brought up to take care of each others feelings. Be one of those people. Find and seek out the company of those people. Learn tolerance but most of all Forgiveness.

If you could choose a number of songs to form a positive playlist, what tracks would you include?

Just The Way You Are
Bruno Mars

I Got A Feeling
Black Eyed Peas

Make You Feel My Love
Adele

Thanks Richard! It’s wonderful to have you on board as an Official Ambassador!

What do you think of Richard’s take on social media and the perils of digital life? Will his playlist be adding a much-needed lift to your week?! Tweet us @CybersmileHQ @RCArmitage to have your say – and don’t forget the hashtag #RCAxCybersmile!