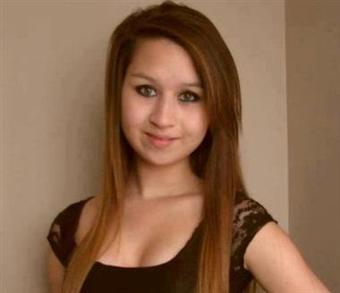 Sextortion or sexual blackmail has led to a growing number of suicides around the world. if you are affected, please explore the links to help and support below.

A man wanted by Canadian authorities in connection with the online sexual blackmail (sextortion) of teen suicide victim Amanda Todd, was last week sentenced to nearly eleven years in prison on separate charges of online blackmail by a Dutch court. Aydin Coban, a 38 year-old Dutch citizen, faced 72 charges including, storing child pornography, extortion, fraud and the possession of hard drugs.

The court heard how Coban befriended young girls on the internet pretending to be a teenage boy and coerced them into providing him with explicit pictures which he then used to blackmail them, investigators told the court that some of his victims were abused for years. One of his targets was Canadian teenager Amanda Todd who tragically took her own life in 2012 following years of online abuse she received after being targeted by Coban and other online bullies.

“I hope that this sentence will help the wounds of all the victims heal. It has been a long journey for all of us in the search for justice for Amanda.”

Coban is appealing an extradition order granted in 2016 to the Canadian authorities for him to face charges relating to Amanda’s case, that include the making and distributing of child pornography, internet luring, extortion and criminal harassment. Coban is also appealing his conviction in Holland last week, which could further delay extradition. Canadian authorities are hoping that the extradition order is upheld and that the conviction appeal is dismissed so he can be flown to Canada without further delays.

Coban’s former lawyer Christian van Dijk, believes that the appeal may be taken to the European Court due to the nature of investigative tools used to gather the evidence that eventually convicted the accused. In an email to reporters he states – “The question will be if the use of secret surveillance tools by governmental organizations are accepted, and if so, what are the requirements. …This case will have influence on many other judgments in Europe.”

Since the death of her daughter, Carol Todd has become an advocate and speaker on the subject of online harassment, believing that although lawmakers have a role to play, education is crucial in dealing with cyberbullying.

“You can have lawmakers on one hand making the laws, but you need to have the resources and education at the other end.”

If you are affected by any type of abuse online, you can visit our cyberbullying and digital abuse help center for further advice and information or find out the ways we can help you through our total access support facility. For further information about Cybersmile and the work we do, please explore the recommendations below.

What do you think needs to be done about the problem of cyberbullying? Tweet us @CybersmileHQ.