The Cybersmile Foundation announces Richard Armitage as an Official Ambassador 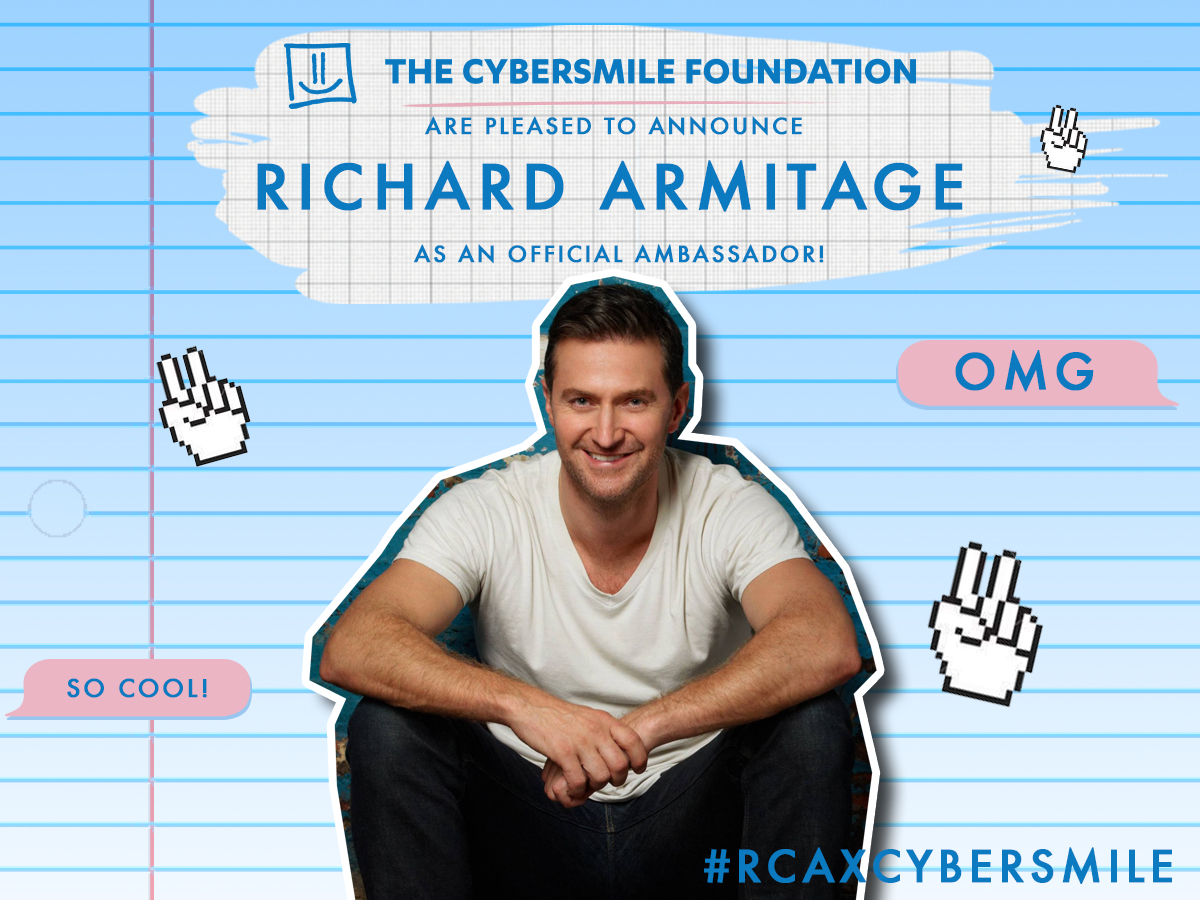 Best known for playing the role of Thorin Oakenshield in The Hobbit franchise, Armitage has acted in major blockbuster movies such as ‘Captain America: The First Avenger’, featured in popular TV series including ‘Robin Hood’, and has also starred in theatre productions including ‘The Crucible’, Arthur Miller’s classic American drama playing the role of John Proctor, which earned him an Olivier Award nomination.

“I’m delighted to be assisting Cybersmile in the efforts to make the internet a more pleasant place to find friends, explore and have fun. I hope my thoughts and feelings connect with everyone, and that we can enjoy social media and online interaction without fear of bullying, and take the same feelings of goodwill into our real life social interactions as well.”

“We are thrilled to have Richard’s support as an Official Cybersmile Ambassador. His activism will help inspire a generation of young people to think positively and encourage others to work together to stop cyberbullying.”

What do you think of our latest exciting news?! Are you as happy as us that Richard is joining our movement for online positivity? Tweet us @CybersmileHQ @RCArmitage to have your say!