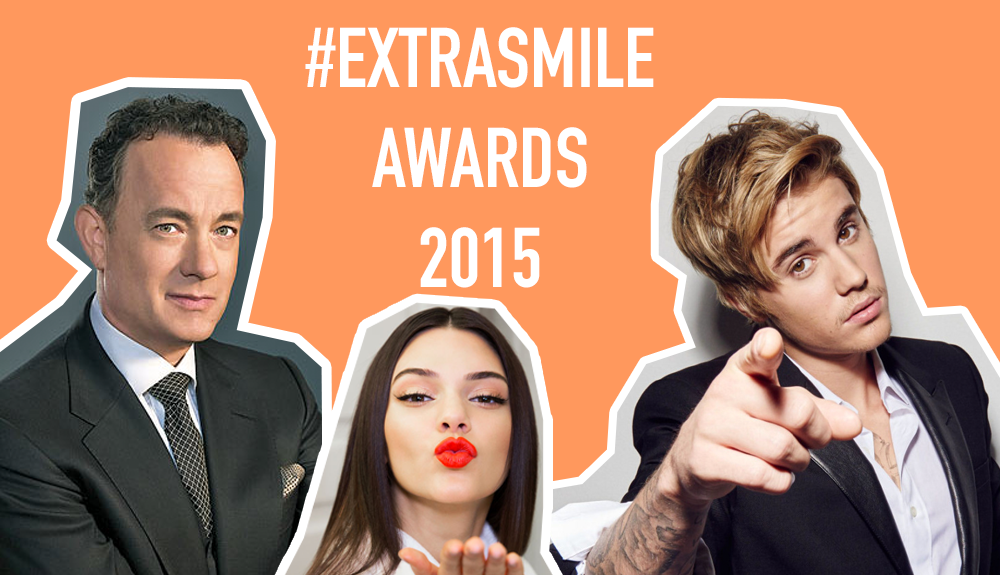 You Can Vote Right Up Until The Winners Are Announced On Monday 21st December!

We would like to start by saying a HUGE thank you to everybody who has been involved in the #ExtraSmile Award nominations, you have all been awesome! We have been absolutely swamped with nominations from all over planet, highlighting the fantastic ways in which people have been enriching the lives of others through the use of technology. Its been unbelievably tough but we have finally managed to announce the shortlist of people that really have gone that #ExtraSmile in 2015! There are no losers and if your nomination didn’t make the shortlist please be sure that their amazing positive work has been noticed and appreciated by everybody at Cybersmile but unfortunately we just couldn’t reward everybody (although we would have loved to!). Also, every single one of our Ambassadors have been nominated repeatedly and although they really do help us make the internet a better place we felt it was fairer not to include them in these awards (It could appear to be a bit of a fix!) But Katy, Richard, Stephanie, Ali, Fifth Harmony and Danielle….we couldn’t do it without you, thank you so much.

So, as you are aware there are two categories, one for celebs/corporates who really go the extra mile and understand their position of influence and use it for good. The other, for personal accounts of people that have been nominated by others who feel that they wanted to reward them for their inspiring behaviour online. Remember that these people need your votes MORE THAN EVER so even if your nomination hasn’t made the shortlist, you can still vote for an alternative to win because everybody involved in these awards has been doing good – and lots of it!

Voting is much like it was to nominate somebody for the awards. You just need to get the message to us at HQ of the person/people that you think MUST win the award. You can tweet us @CybersmileHQ or tell us over on Facebook. Alternatively you can email us ([email protected]) or use our contact form to tell us your faves. Also, keep an eye on our Twitter feed for lots of ways to vote for your favourite by RT’s and follows which add serious weight to their case : ) Lets not forget that the winners will be getting a big parcel of #POSITIVITY sent over to them to remind them (and others) how awesome they are! You can vote as many times as you like and you can keep voting right up until we announce the winners on Monday 21st December! What are you waiting for? Get voting! See the following suggestions for more information about the #ExtraSmile Awards and our work.