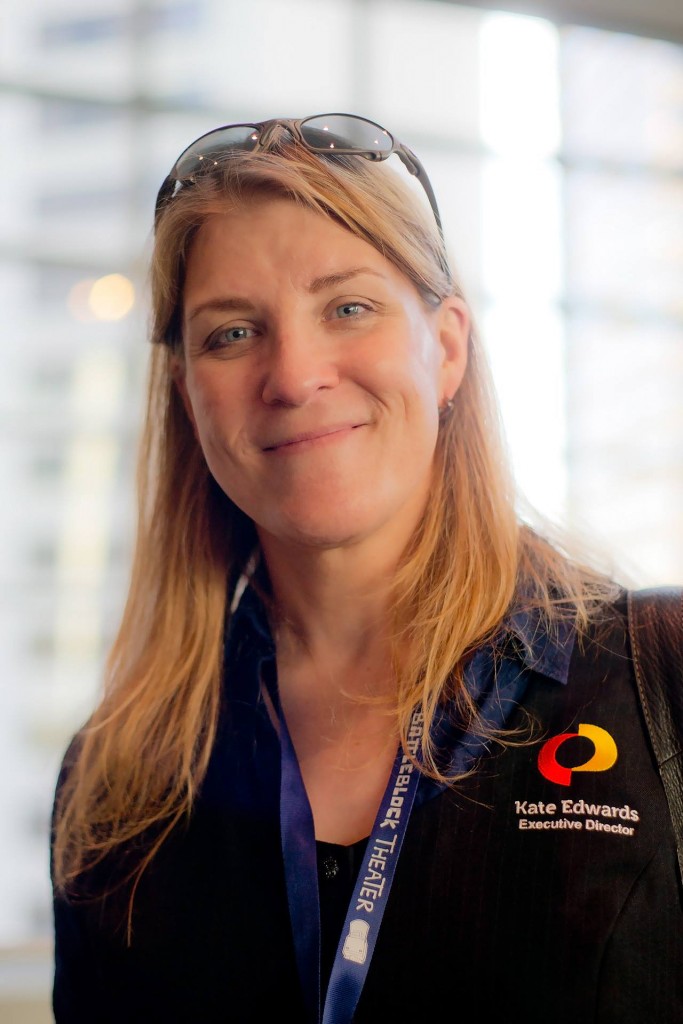 Kate Edwards is the Executive Director of the International Game Developers Association (IGDA), appointed in December 2012. She is also the founder and principal consultant of Geogrify, a Seattle-based consultancy for content culturalization, and a unique hybrid of an applied geographer, writer, and corporate strategist. Formerly Microsoft’s first Geopolitical Strategist in the Geopolitical Strategy team she created and managed, since leaving Microsoft, she has provided guidance to many companies on a wide range of geopolitical and cultural issues, and continues to work on a variety of game franchises. In October 2013, Fortune magazine named her as one of the “10 most powerful women” in the game industry and in December 2014 she was named by GamesIndustry.biz as one of their six People of the Year in the game industry.

What is your current favourite game? Did you have a favourite growing up?

It’s really difficult to pick just one! Right now, I’m working my way through Destiny, when I have time to play and I’m really looking forward to Halo 5 and Fallout 4! When I was growing up, easily my favorite was Atari’s Star Wars game for the arcade, probably the only game I truly mastered!

How did you find yourself working in the games industry?

My path was an odd one, having entered the industry as a geographer and cartographer working at Microsoft, where I created the Geopolitical Strategy team to help the company avoid sensitive political and cultural issues across all the company’s products. When the Microsoft Game Studios started up, all the game content fell under my responsibility and I ended up working on nearly every first-party game that Microsoft created until I left in 2005. Being a lifelong gamer, being able to apply my culturalization work to games was a perfect job, so I focused primarily on games in my post-Microsoft consulting work.

What is your official job title and what are your day to day responsibilities at your company?

I’m the Executive Director of the International Game Developers Association, the world’s largest non-profit professional association for game developers. My day-to-day responsibilities vary widely; answering emails from the aspiring developers, helping our chapter and special interest group leaders, seeking sponsors for our activities, participating in media interviews, presenting at events around the world, and so on.

Would you say choosing and achieving a career in gaming today is easier or more difficult than 10 years ago?

It depends on what one aspires to do in the industry. If someone wishes to work for a larger game development company or publisher, I’d say it’s more difficult because the competition is fierce and far more people are pursuing that career. However, if someone wants to be a start-up and develop their own games, the path to being independent is readily available and many people are pursuing it. The challenge then is getting noticed among the plethora of games being produced across many platforms.

What’s the biggest perk/favourite part to your job?

I love traveling to diverse locations to interact with developers of all kinds, and share their passion for creating games.

What advice would you have for any girls/women hoping for a career in the gaming industry?

Despite the fact that currently about 20% of the game industry is female, there is a huge need for greater diversity in the workforce and many companies recognize that fact. Don’t let the current conditions be a deterrent to pursuing your dream career as a game developer; there are so many outstanding women in the industry – we just need a lot more! Get involved in the STEM subjects in school and above all – learn how to make games (many tools are cheap or free, such as Unity, GameMaker and Unreal Engine) and a lot of information is available for free on YouTube, etc. Explore the medium and simply make games, in the same way that someone who wants to be a good painter will paint a lot!

Have you ever been abused online? If so, how did you handle it?

Yes, many times. I make use of the reporting and blocking tools available in the various social media platforms. But if the harassment is more extreme, such as death threats, I report them to the FBI (here in the U.S.).

Where do you think the line should be drawn between healthy competitive behaviour and digital abuse when playing a game online?

Digital abuse needs to come to a full stop. Healthy competitive behavior is welcomed and part of the gaming experience but any kind of harassment, abuse or derogatory remarks have no place in the gaming community. Games are meant to be inclusive and open to all who wish to play, so any activity that is contrary to being inclusive needs to be stopped.

Is it considered important to be ‘thick skinned’ if you are a female looking for a career in the games industry?

At the moment, yes. Because of the gender imbalance in the workforce, women who wish to pursue a game development career need to be willing to be in the minority but stay focused on doing what they love, despite any challenges. The only way the situation is going to change over time is to increase the number of women who are part of the creative process.

With sexist and threatening abuse towards women on social media and in games so widespread, what advice would you give to any women/girls who are being affected by it?

Use every tool available to you to block and/or report the abusive individuals. Ensure that all your social media accounts are protected by two-step verification. Be wary of trusting anyone online unless you actually know them in person as a friend. Never provide any personal information to someone online. And if you find yourself being affected mentally and/or emotionally by the online behavior, seek out your support – from family, friends and organization such as Cybersmile who exist for this very purpose.

What do you think can be done to reduce the amount of ‘line crossing’ (ie threats of rape, violence, racism and sexism etc) abuse online?

I think the most likely positive impact against the abusive behavior would be eliminating anonymity. If people’s real names were associated with their behavior, I think we’d see a very dramatic change in how people behave online – much in the same way that in-person behavior is quite different because there are real-world consequences for abusive actions and threats. I’m really hoping that legal regimes in various countries will quickly catch-up with the online environment of the 21st Century; that’s a huge part of the problem right now.

What do you think about Intel’s $300m commitment to address diversity related issues within the tech industry?

I applaud Intel for their incredibly bold step towards advancing diversity in the technology sector, where gender disparity has long been an issue. My hope with Intel’s action is that other companies would follow their lead and take similar actions, and we’ve been seeing that happen. Maybe not in the same degree of financial commitment but getting behind the effort and agreeing to join forces to make positive change. The IGDA declared its goal of doubling the number of women in the game industry by 2025, and the response from other organizations and companies has been very supportive!

Thank you, Kate! If you have a question you’d like to ask Kate, you can tweet her and join the conversation: