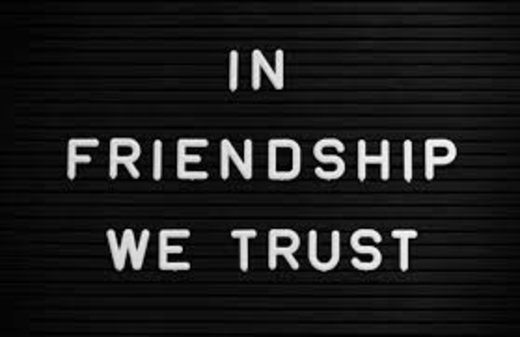 Hello! My name is April and this is my cyberbullying story.

I grew up in a broken home, abused by my father, a mother who didn’t care. My parents divorced when I was four and I ended up living with my mother. She wasn’t around much, worked a lot, and cared more about landing a husband than her daughters. I eventually went to live with my older sister and her husband. That was where it all started.

I wasn’t the most popular girl in high school but I had a lot of friends and things were good. Until a friend of mine had her long distance boyfriend visit. He was supposed to stay with my friend during the holiday break but her parents had decided it wasn’t a good idea. My friend then begged me to let him stay at my sister’s. We had an extra bed because my brother in law had custody of his daughter on the weekend. After talking to my sister it was agreed that he could spend the night so he could leave first thing in the morning. I slept in my bed, he slept in my niece’s bed. The next morning I woke to him. He was all over me! Trying very hard to get a sexual response from me. I was scared and alone. My sister and her husband had already left for work. I told him no and he would not accept that answer. He continued to try until I started screaming. He eventually left calling me a prude and I called my friend to tell her what her boyfriend had done. She was mad, very mad and instead of believing me she accused me of trying to steal her boyfriend. I tried to talk to her, explain to her what happened but she never listened. She never wanted to. In her mind I was just a dirty person who tried to sleep with her man. This is the story he gave her when she asked him I’m told.

I didn’t know what to do so I left her alone in hopes that she would calm down and I could talk to her when we went back to school. I was wrong. Walking back into school that day I will never forget. It was like something out of the movies! Heads turned to stare at me. People pointed, called me names. Even my own friends had refused to talk to me. They sat next to me in class just to murmur about me, saying all manner of cruel and untrue things about me. When I tried to explain it to them they laughed at me. Little by little it got worse and little by little I stopped going to school. I told my sister about it and she told me to talk to the teachers and school faculty. She wasn’t much help and just kind of blew the whole thing off after that. I did though… I talked to the teachers and the principle but because I couldn’t prove anything they wouldn’t do anything.

Bullying was not such the hot topic then that it is now. Feeling like I had no where to go I began frequenting chat rooms on Yahoo. I was happy for a time, I had begun making online friends who believed and supported me. That is until one of my old friends from high school just happened to be in the chat I visited. As soon as she saw my screen name it started. I began getting messages, e-mails and phone calls from people I didn’t know calling me lewd names and offering me things no teenage girl should know about. I saved and reported all of it with no effect what so ever the internet companies wouldn’t even respond to me. The worse it got the more depressed I got. My only reprieve was gone and no one would help me. I tried to commit suicide the same year. I wanted to die. I wanted for it to all be over.

Two weeks I spent in the hospital. Two weeks of talking about my feelings. It helped until I got home. The day I got home my younger sister told me I needed to see something. What she showed me has stayed with my my entire life thus far. It was a website. A website one of my old friends had made. It included a message board where people could comment, a forum for the same, a gallery of photos that had been altered with my head on them that people could upload to and all of my personal contact information. I reported it all to the domain owner but they did nothing at all. For months that site remained. I hid in my room thinking about how next to try to end my life. It became a daily thing for me. Thinking up the most effective way to remove myself from earth. I wanted that peace so bad. I just couldn’t bring myself to try again. I was stuck in my own personal hell.

A couple of weeks after I had completely given up hope, while sitting in the laundry room at the apartment complex we lived in I met a guy named Andy. He was only a couple years older then me and he stared at me for the longest time while I sat on the dryer waiting. Eventually he just kind of blurted out “You look like sh**.” to which I responded “Gee, that’s helpful.” He then apologized and said he meant that I looked like something was really wrong. I told him the story and for a while he just stared at me with this wide eyed expression. He then sat next to me on another dryer, put his arm around my shoulder and said. “You don’t deserve that.” I cried. It felt so good that I couldn’t stop myself so I cried until the timer on the dryer went off. He didn’t say a word, just sat there hugging me. Afterward we went our seperate ways but would run into each other rather often. We became very close friends, started hanging out, doing things together.

I eventually showed him the site and everything my old friends had done. He was angry. I enjoyed that because no one had been angry in my honor since it all started. He went home still pretty angry but the next day he called me and told me to check the site again. I did and it was gone. The entire site was gone. He had somehow gotten the thing taken down. I simply could not believe it. It didn’t stay down long however but every time a site with my name on it came up I would get a call from Andy and it would be gone the next day. It took me a very long time to get the truth out of him as to how he was doing it but I soon learned that his mother was an Private Investigator and had contacted the sites on my behalf with threats of further legal action.

It took some time but eventually the websites stopping showing up and I could once again talk to people online. I eventually transferred to Andy’s school. He was by my side every day and because of him and his mom I had the confidence to make new friends. Despite everything I graduated a year early and am now a happily married woman with an amazing son and aspirations to own my own interior design company. Of course Andy is still my best friend and now has a family of his own. We get together for the holidays and whenever else we can manage.

I would not be here today if it wasn’t for a simple guy who found a broken girl in a laundry room and spent the next several years of his life putting her back together with help of his AMAZING mother.

It is because of them that I now wish to do all I can to help people who are in similar situations. I didn’t deserve the treatment I got. No one does. My advice to anyone in this situation is to reach out. Reach out to anyone you can! Tell your story no matter how much it hurts! Let the world know what is being done to you. Let someone save you the same way I was saved.

Most Importantly… Keep Smiling.
(It really bothers the bullies.)

April is a #cybersmiler! If you have been touched by her story or need someone to talk to, contact her: @AprilRainCloud

To find out more about the #imacybersmiler tag, visit our Volunteering page – we hope to see you soon on the hashtag!