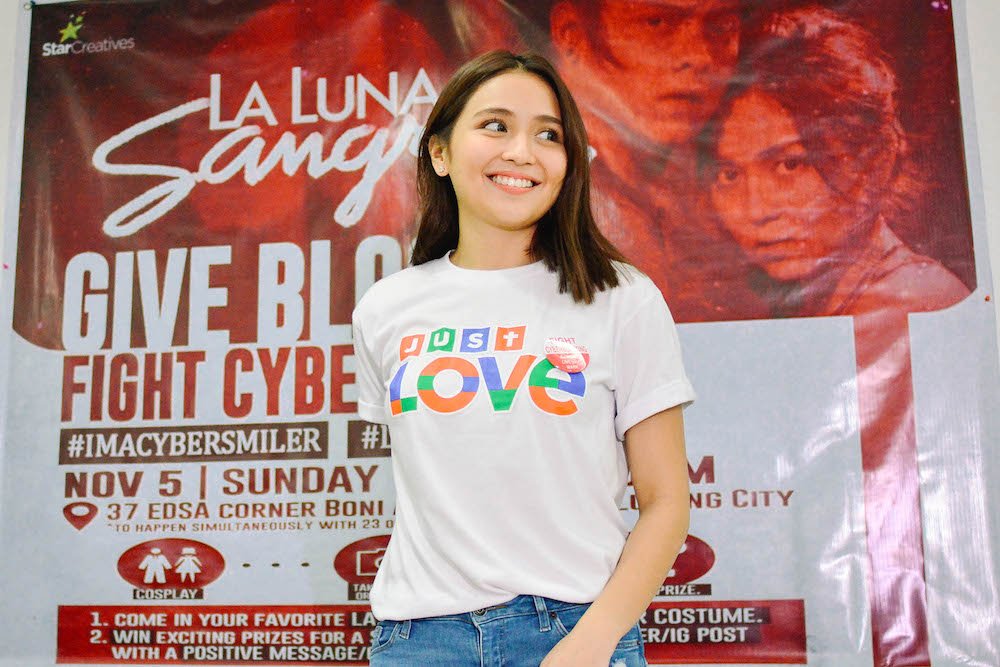 Official Cybersmile Ambassadors Kathryn Bernardo and Daniel Padilla headlined the national day in partnership with the Philippine Red Cross. People were encouraged to save lives on and offline by giving blood and promoting a kinder, safer internet by using #ImACybersmiler on social media.

Cybersmile and the Philippine Red Cross came together to promote a national day of bloodletting to save lives on and offline, through blood donations and the encouragement of a kinder, safer internet with the use of #ImACybersmiler on social media. Official Cybersmile Ambassadors Daniel Padilla and Kathryn Bernardo headed up the nationwide initiative.

Throughout the day, thousands of volunteers donated blood at 18 centres across the Philippines which contributed 50,000cc of blood that could help save 360 lives. Themed “Give Blood. Fight Cyberbullying,” internet users around the world were encouraged to share their positive memes and images with the #ImACybersmiler and #LLSBloodletting hashtags.

“Everybody at Cybersmile feels proud to be working with the Philippine Red Cross and our Ambassadors Daniel Padilla and Kathryn Bernardo to save lives both on and offline. We would like to say a huge thank you to everybody involved with the event.”

Blood donors and internet users were awarded a number of exclusive signed items as part of the initiative. Prizes were also offered to the best selfies and groupie posts of participants wearing their favorite La Luna Sangre character costumes from the hit series starring Cybersmile Ambassadors Daniel and Kathryn. 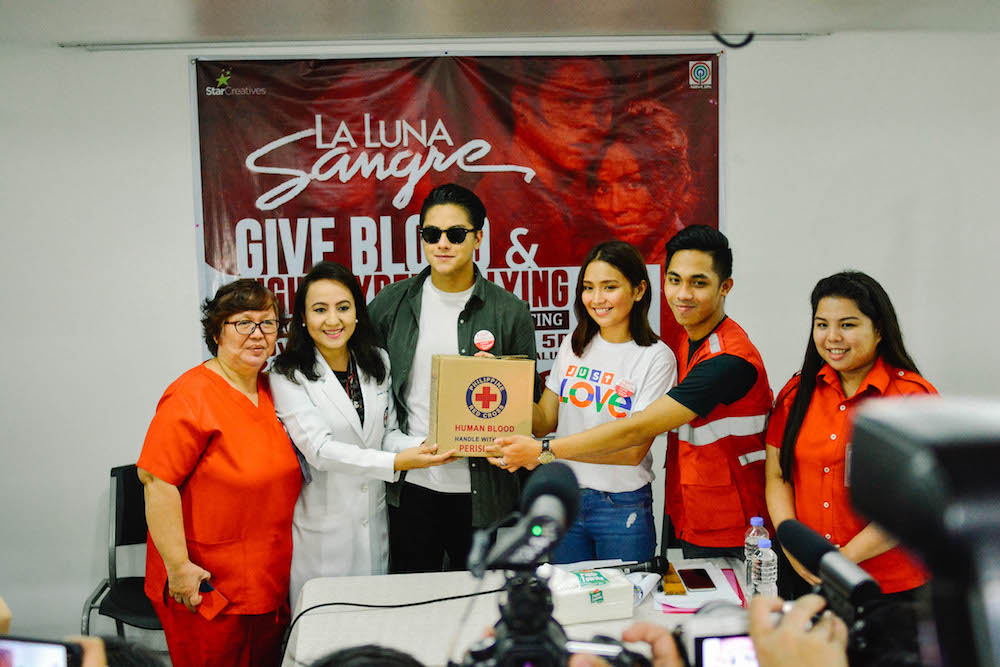 The Cybersmile Ambassadors kicked off the day with a press conference held at the Philippine Red Cross Headquarters to raise awareness of the day, and talked about some of the issues people face with online abuse. Speaking with reporters, Daniel encouraged his fellow artists, musicians and everyone in showbiz to join him and Kathryn in tackling the growing problem of cyberbullying and online abuse. 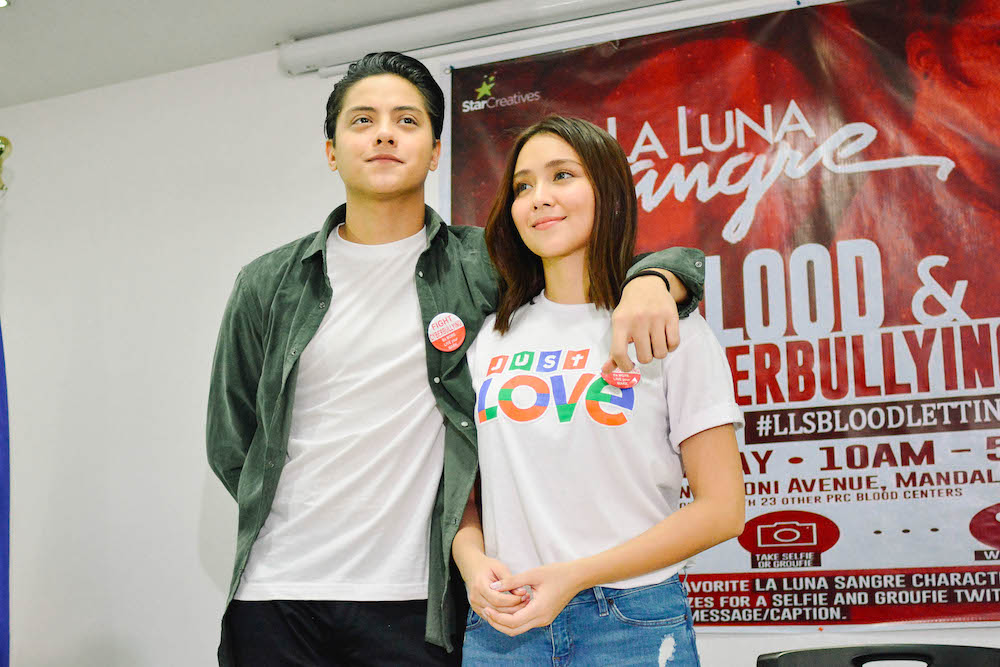 Knowing that anyone using social media could go through the same experience as her, Kathryn has been keen to engage the public on the issue of cyberbullying, and said that family and friends can help people with negative feelings that cyberbullies cause, and that education was part of the solution in tackling it through forming values.

“I came to the point that I was in the room and I did not talk to people and I was very depressed. I hope people are more aware that this is a serious matter.” 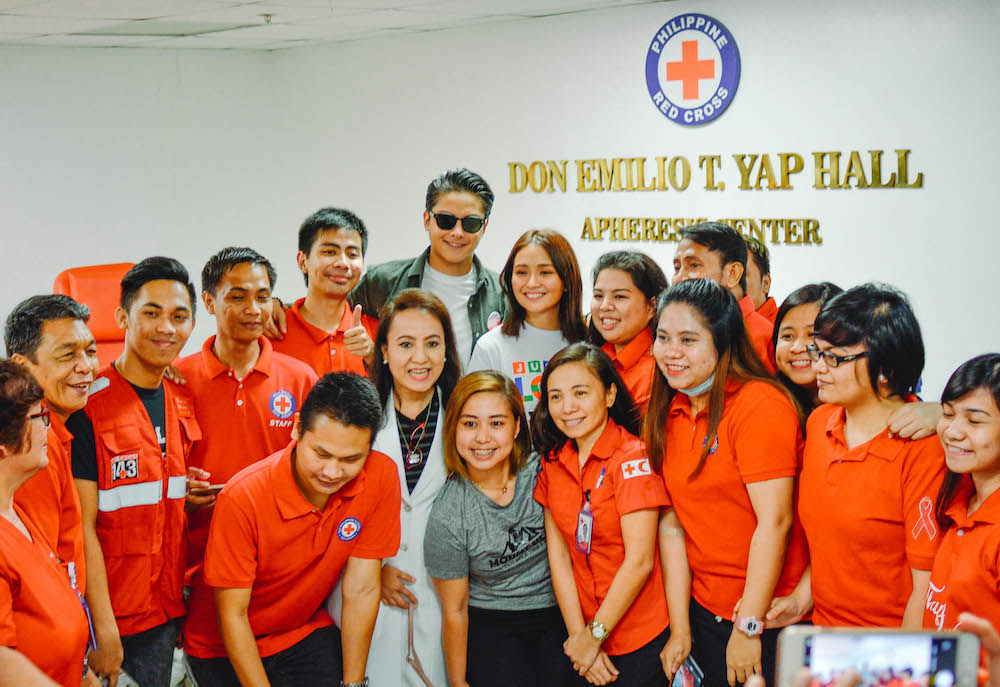 We would like to say a huge thank you to everybody that made the day the success that it was! If you are affected by any kind of online abuse, we can help. Visit our Cyberbullying and Online Abuse Help Center or our Total Access Support section to find out the various ways we can help you with your particular problem. For further information about Cybersmile and the work we do, please explore the following recomedations.

What are your thoughts on the event? Tweet us @CybersmileHQ.