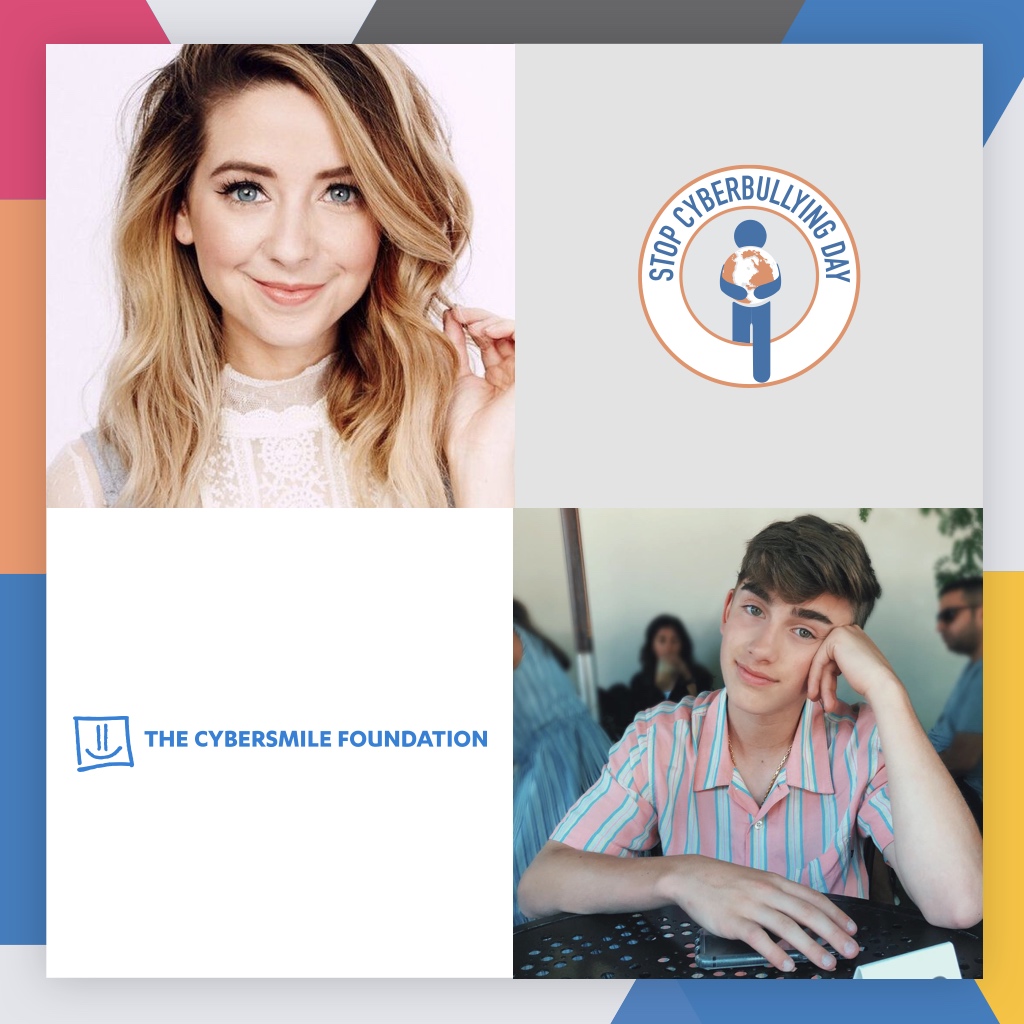 Stop Cyberbullying Day is an annual event founded and co-ordinated by The Cybersmile Foundation. The event takes place each year on the 3rd Friday of June and encourages people to show their commitment to a diverse and inclusive internet.

The campaign brings together celebrities, influencers, brands, governments and internet users – all showing their support with messages of hope, inspiration and support using the #STOPCYBERBULLYINGDAY hashtag on social media.

Each year, a host of initiatives and events take place on Stop Cyberbullying Day around the world involving companies, schools, community groups and individuals who each participate in different ways. Some of these activities include fundraisers, giveback days, concerts, live streams and much more.

Taking place both on and offline, Stop Cyberbullying Day also engages with health professionals and the educational community, all using the event to hold meaningful discussions, announce research findings and publish expert blogs and articles.

Key news publications get involved each year, releasing editorials and documentaries that highlight the power of the internet when used for positive purpose. 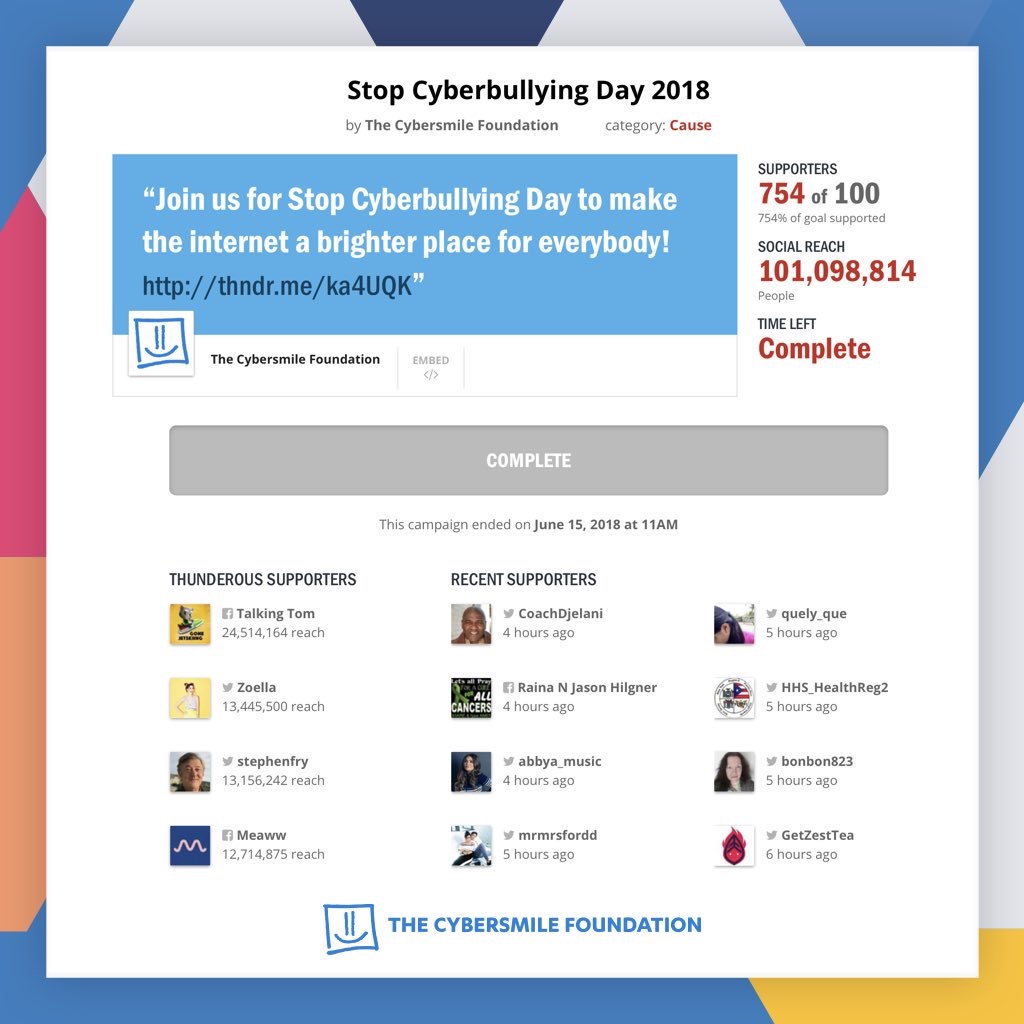 For Stop Cyberbullying Day 2018, Cybersmile recruited the support of more than 750 influencers, brands and organizations to pledge their public support for a kinder, brighter internet – creating a social reach of more than 100 million internet users. A campaign of this scale sent out a clear message to the world.

Feedback on the campaign

The Stop Cyberbullying Day campaign from its inception has been Cybersmile’s most important tentpole event of the year. The day has grown into a truly international event where individuals, celebrities, brands and governments from around the world participate side-by-side, proudly demonstrating their support.

The effects of Stop Cyberbullying Day can be felt year-round. What began as a one-day awareness event has grown to have a year-round presence and has become an integral part of the annual calendar for some of the world’s biggest brands and educational institutions. Stop Cyberbullying Day has facilitated cultural change, positively impacted business ethics at all levels and has highlighted the important conversations around technology, young people and digital citizenship.

Join us for Stop Cyberbullying Day to make the internet a brighter place for everybody! https://t.co/geM6NVyHDL pic.twitter.com/3yNYekA7xH

Loves! Tweet using #STOPCYBERBULLYINGDAY with a positive message to win one of my signed t-shirts! You can enter more than once, good luck! pic.twitter.com/QHygNCSXAC

@CybersmileHQ show you want a diverse and inclusive internet without fear and abuse #stopcyberbullyingday pic.twitter.com/yuem4tQCyz