With a combined social media reach of over 22 million, Daniel and Kathryn will be raising awareness of the impact of cyberbullying and digital abuse to huge numbers of internet users around the world - while promoting the Cybersmile message of inclusion, kindness and positivity.

We are excited to announce that teen superstars Kathryn Bernardo and Daniel Padilla, popularly known as KathNiel have become Official Cybersmile Ambassadors to raise awareness of online abuse and promote a positive and inclusive internet.

The two major stars recently participated in a PSA with Cybersmile on Stop Cyberbullying Day, sharing their thoughts on cyberbullying and online abuse while encouraging their large 12-million Twitter followers to participate in making the internet a brighter, more inclusive environment.

“No one has any right to disrespect others and be rude because you are not seen or can be anonymous on cyberspace. I would like people to be aware of the ill effects of cyberbullying and as an official Cybersmile Ambassador, I hope that I would be able to raise awareness on this in my country.”

At home, 22-year-old Daniel Padilla is considered by many as the most popular actor of his generation and a recording artist with double platinum albums to his credit. Nicknamed as the ‘Teen King’, he has been featured in primetime shows, feature films and is the face of major brands such as Pepsi, Nescafé and Honda.

Kathryn Bernardo who is 21, is half of the most popular love team in the Philippines since entering showbiz at the age of 7. She has become one of the most popular Filipino celebrities, with numerous top rating TV series and blockbuster movies with Daniel. Called the ‘Teen Queen’, her debut album in 2014 “Kathryn” is certified platinum.

“My truth, my essence is what will define me, not anyone’s definition of who I am. I live each day to become MORE and hopefully I affect others around me to become MORE too. I am pleased to become a Cybersmile Ambassador and be able to do more against cyberbullying.”

“We are thrilled to welcome Daniel and Kathryn as Official Cybersmile Ambassadors. Being the voice of their generation, they are making a tremendous difference in raising awareness of the impact that cyberbullying and online abuse can have on people’s lives, while helping young people across Asia and the rest of the world find the support that is available to them.”

The new Ambassadors will be joining a host of influencers from around the world in promoting Cybersmile’s messages of inclusion, kindness and diversity online – without the need for personal threats, fear and abuse. 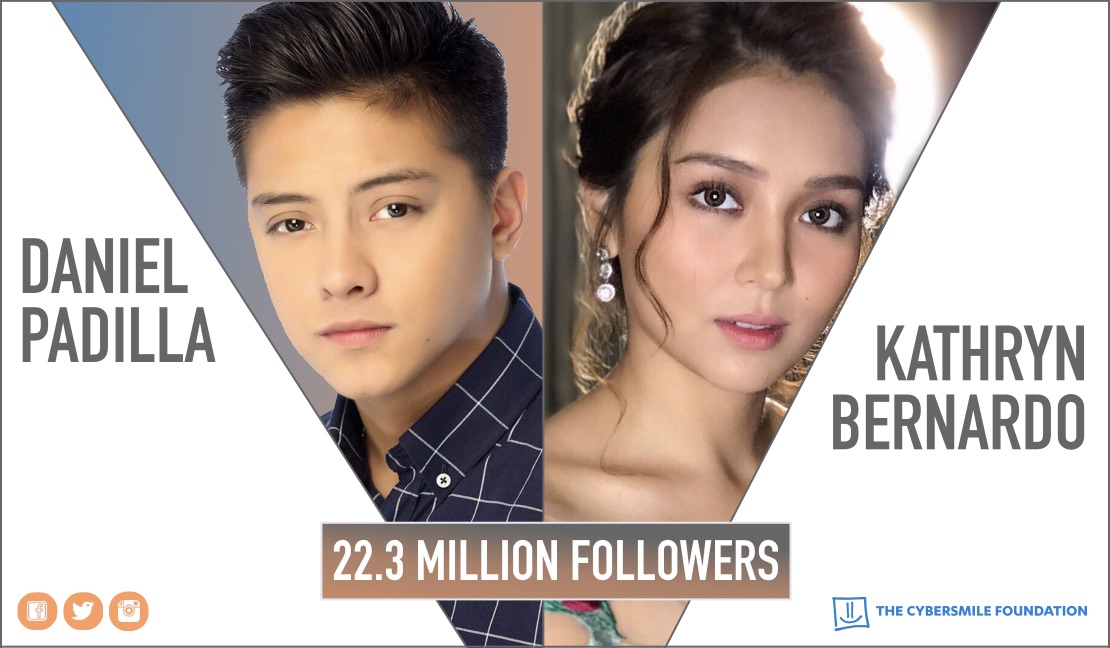 We would like to thank Daniel, Kathryn, KDKN Solidarity and ABS-CBN Star Magic for working with us and making this partnership possible. Remember to follow us on Twitter @CybersmileHQ to hear first about exclusive celebrity giveaways and opportunities to meet Ambassadors in person! If you would like more information about Cybersmile and the work we do, please explore the suggestions below.

How amazing is this then! Tweet us your thoughts @CybersmileHQ.