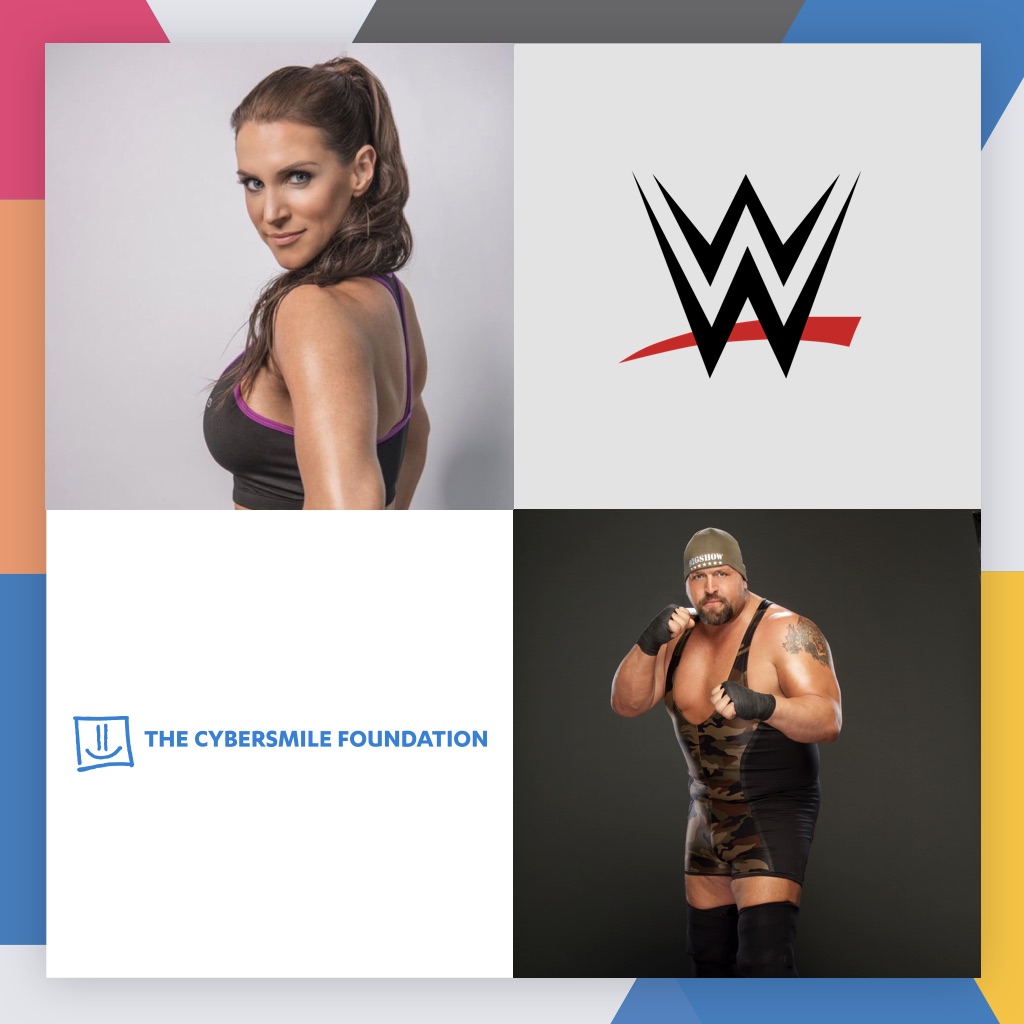 Cybersmile and WWE launched a month-long awareness campaign to promote diversity and inclusion online while raising awareness of Cybersmile’s advice and support services for people being affected by cyberbullying or online abuse.

For the duration of the campaign, WWE and Cybersmile published a series of exclusive interviews with WWE superstars, created to highlight and celebrate all that a truly diverse internet has to offer, while sharing their advice for anybody being affected by bullying or abuse. Important topics including self-confidence, mindfulness, online safety, tolerance and respect were broached by globally recognized role models.

The campaign also included a giveaway of exclusive WWE prizes and a number of co-branded assets delivering inspiring, educational messages to internet users of all ages.

Social media posts were tagged with the #WWExCYBERSMILE hashtag so that people could join in the conversation and also participate in the campaign’s giveaway.

WWE were looking for a charitable partner who shared their brand values of diversity and inclusion. After selecting Cybersmile, we worked together to plan a campaign to highlight the strength and beauty in diversity while raising awareness of cyberbullying and online abuse. Ahead of its launch, WWE went into production to create a PSA for the global campaign with a number of WWE superstars led by Chief Brand Officer Stephanie McMahon.

“WWE is proud to continue our commitment to bullying prevention through this partnership with The Cybersmile Foundation, an award-winning cyberbullying organization that tackles all forms of online bullying.”

Cybersmile and WWE also worked behind-the-scenes to create a suite of co-branded assets that could be shared on multiple social media platforms. A successful co-ordinated social campaign reached far beyond the wrestling community.

The WWExCYBERSMILE diversity campaign resonated with the existing WWE community but also with people outside of the wrestling community – impressed by the inspiring and inclusive nature of the content.

WIN! All these amazing @WWE prizes by following us and RT this tweet to enter! Details https://t.co/XEsHURx60L #WWExCYBERSMILE pic.twitter.com/hRYeoNlQ60

The campaign garnered extensive media coverage in sports publications, digital outlets and wrestling blogs. The media were complimentary of WWE’s commitment to a more inclusive online environment and commended them for promoting support services for such an important issue. Some of the media coverage included:

WWExCYBERSMILE reached internet users on a variety of social media platforms including Instagram, Facebook and Twitter. Interviews were shared and debated by WWE fans, parents and children – all interested in the role celebrities and influencers can play in sharing their advice and personal experiences of bullying.

In addition to positive messages around the topics of diversity and inclusion, WWE wanted to raise awareness of Cybersmile’s Global Support Service which is available to all internet users affected by any kind of online negativity.