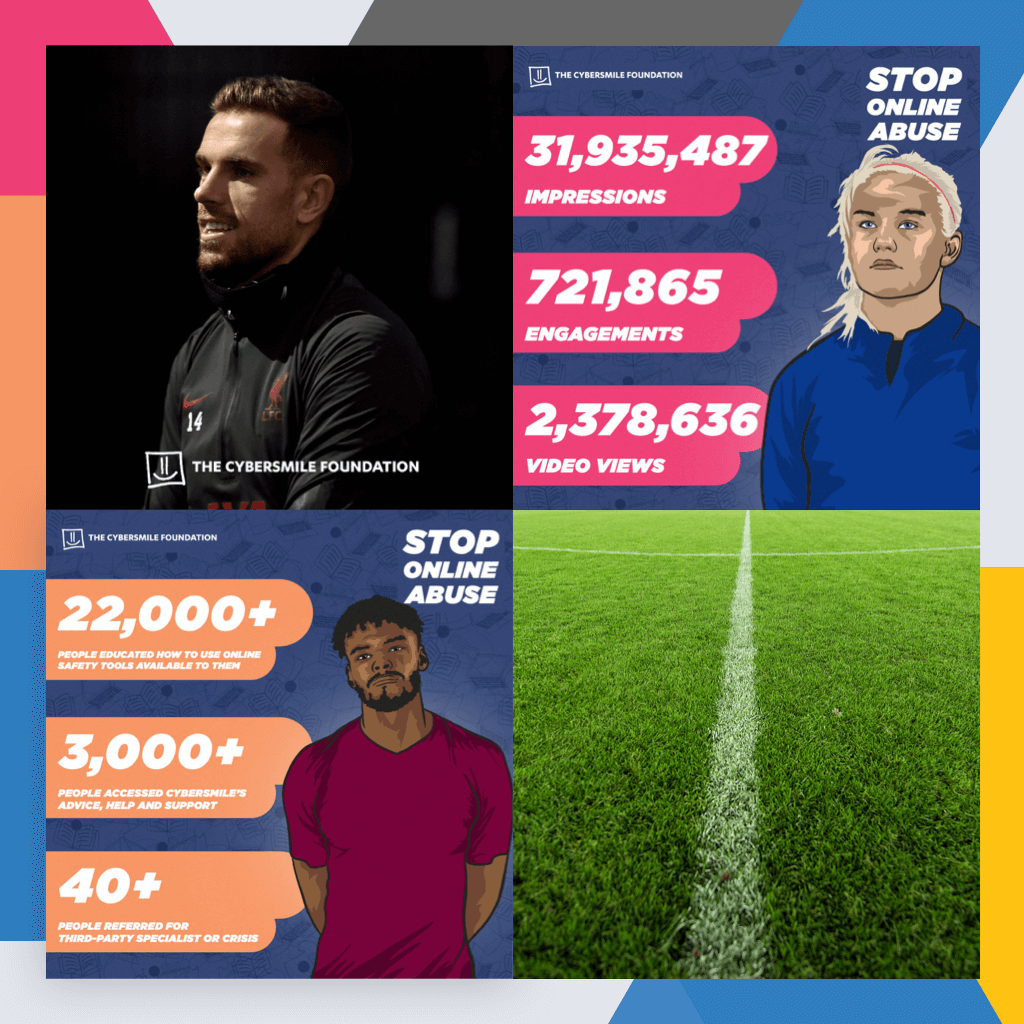 Cybersmile teamed up with Liverpool Football Club captain and England team member Jordan Henderson for People Not Profiles – a multi-purpose campaign designed to raise awareness of online abuse, provide access to education and support resources while reminding people that there are real people with real feelings behind social media accounts.

Following the announcement of the campaign, Cybersmile took control of Jordan’s social media channels and shared a range of content created specifically for the campaign to his millions of followers. Content created and shared included practical tips, empowering messages and first-hand accounts of real people affected by online abuse with honest insights into the real-life impact that cyberbullying and online abuse can have on people of all ages.

In addition to anonymized first-hand accounts from those affected, as part of the campaign, a number of elite athletes shared their own powerful accounts of cyberbullying and online abuse to raise awareness of the impact that it can have on people’s mental health and overall wellbeing.

Each social media post shared throughout the campaign offered direct links to education and support resources relative to issues touched on within that particular case study. Topics covered included cyberbullying, mental health, racism, sexuality and gender to name a few.

As part of the campaign, Cybersmile shared powerful video content from their archive of campaign videos on Jordan’s social media channels. Explore some of the video highlights from the campaign below:

Across social media platforms including Instagram, Facebook and Twitter – people discussed the impact of the campaign and reflected on their own personal experiences of abuse online. The campaign also received support from top-tier football bodies and clubs, who shared their support for the campaign:

Nice work, Jordan and @CybersmileHQ! A great way to raise important awareness of the impact that online abuse can have on people. https://t.co/lQcPXPUddm

I’ve been on the receiving end of online abuse throughout my career. It’s got to stop. I’ve shared my story with @CybersmileHQ to help with their campaign with @JHenderson to stop online abuse. There are real people behind social media profiles. We have to remember that. https://t.co/im0zrj09mP 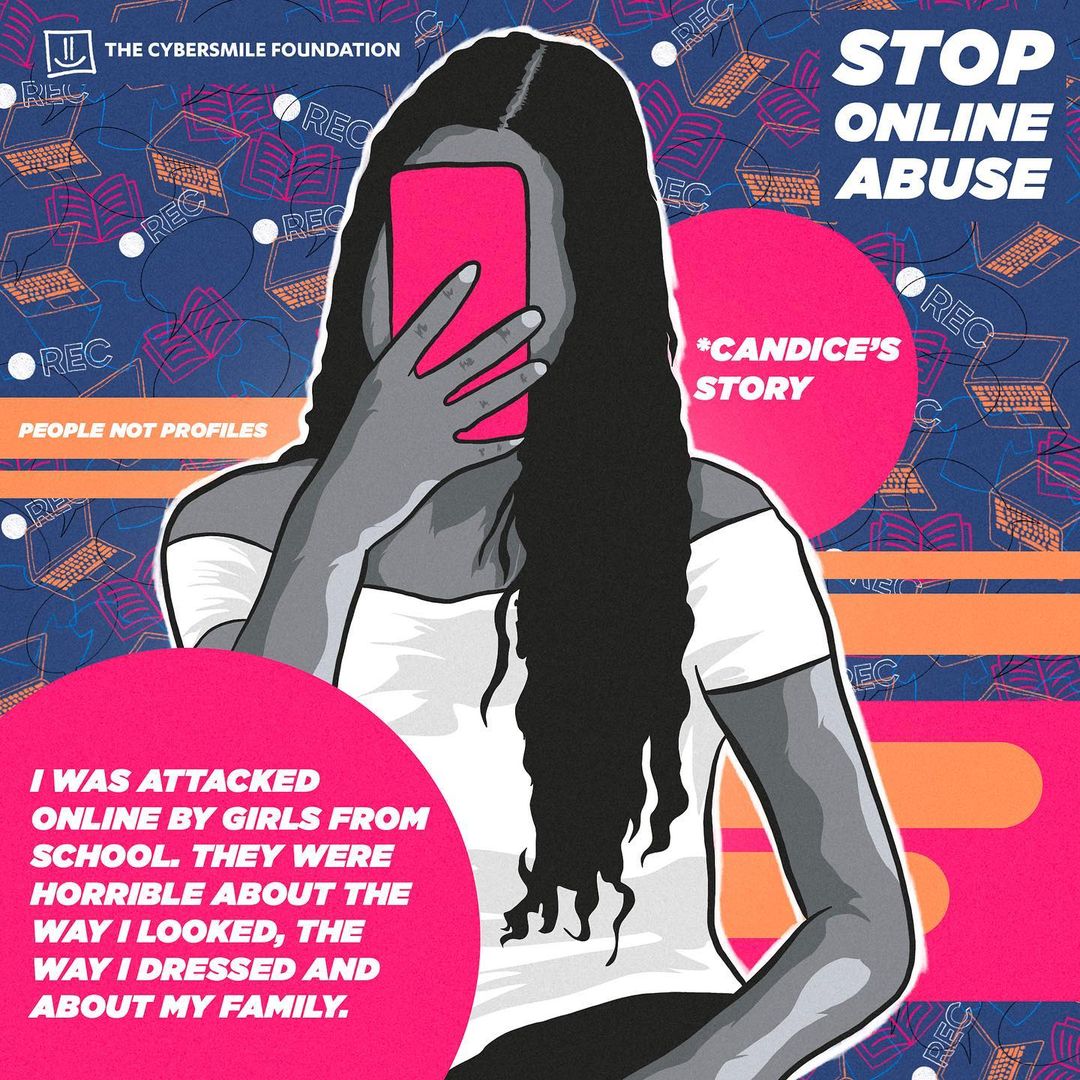 The People Not Profiles campaign garnered a host of international press features, including favorable reviews of its anti-bullying message and the powerful impact of the campaign felt across the wider internet community. A small selection of news outlets which covered the campaign include: 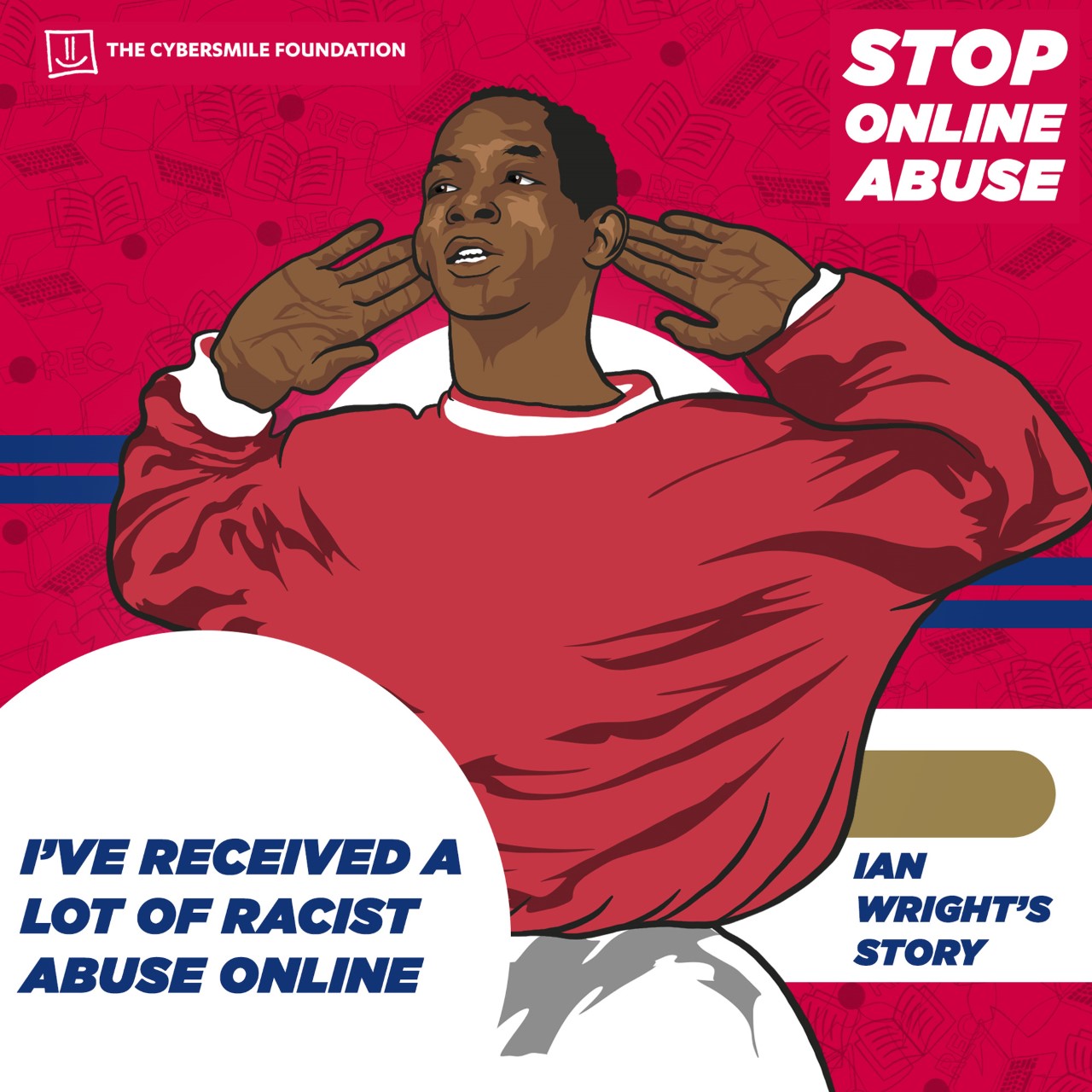 The campaign was widely shared through digital, print and social media. The core messages and important educational themes were commended among communities online, leading to viral social media shares and meaningful conversations around the topics of digital citizenship and wellbeing:

Through a carefully structured campaign, Cybersmile and Jordan Henderson reached millions of internet users around the world across a number of platforms with a powerful reminder that there are real people with real feelings behind social media accounts.

The People Not Profiles campaign directly impacted, educated and supported large numbers of people from all demographics. Some key outcomes include: