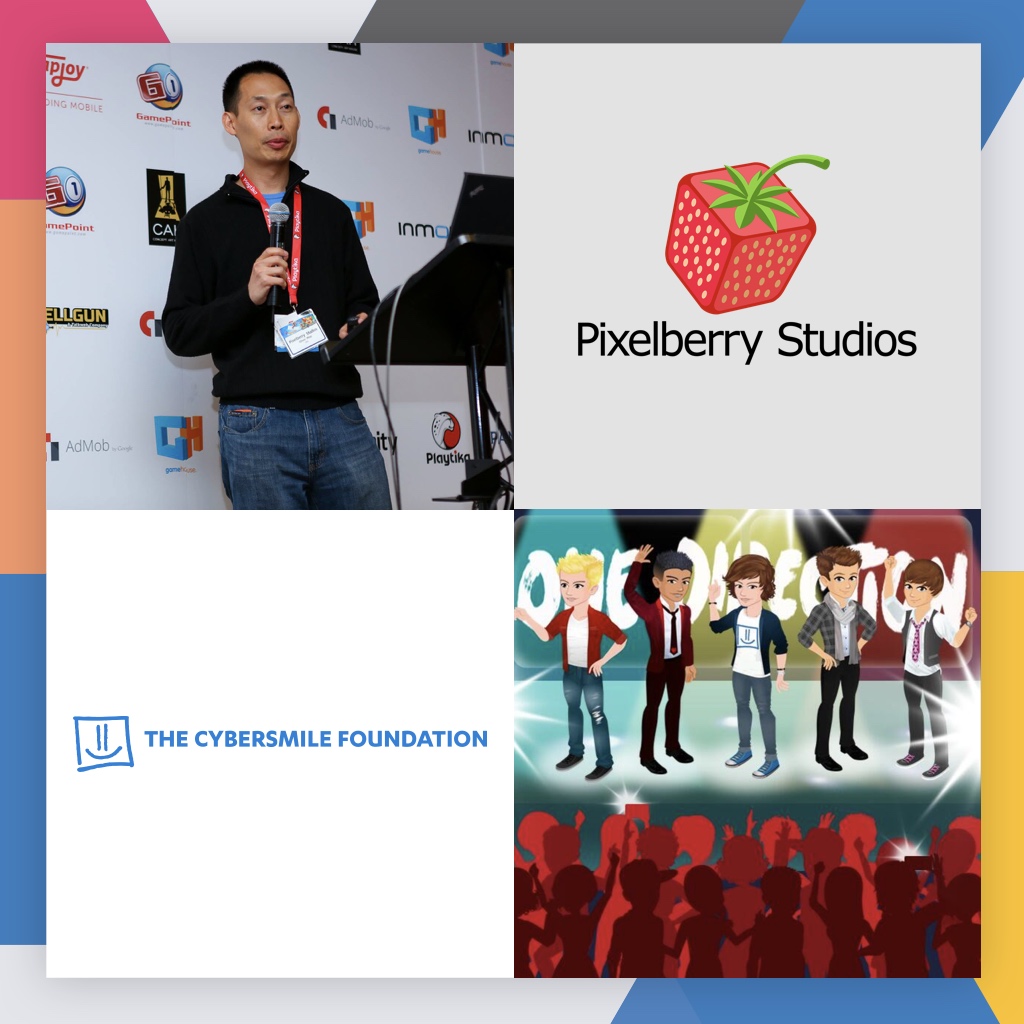 Cybersmile and Pixelberry Studios partnered on an in-game educational campaign for the developer’s flagship title High School Story. The aim of the campaign was to deliver a fun storyline which young players would engage with while delivering important and potentially life saving education. The High School Story team became aware of the growing problem that cyberbullying had become among young people and wanted to prepare their large player base for any difficult situations that they might find themselves in. Statistically they knew that a large number of their players were being affected by cyberbullying and wanted to make sure that their players knew what to do if they were affected.

Cybersmile and the writing team at Pixelberry Studios worked together on a new educational storyline called Hope’s Story which allowed players to make choices for a girl named Hope when dealing with a cyberbullying problem. The story went on to deliver important educational advice to millions of children and young adults.

As part of the campaign, High School Story and Cybersmile celebrated Stop Cyberbullying Day by launching a giveaway with One Direction to offer players of the game the chance to win prizes including one-of-a-kind full collection of signed dolls of every member of the band and a paid-for trip to the Rose Bowl, Pasadena to see the band perform. The giveaway received hundreds of thousands of entries. 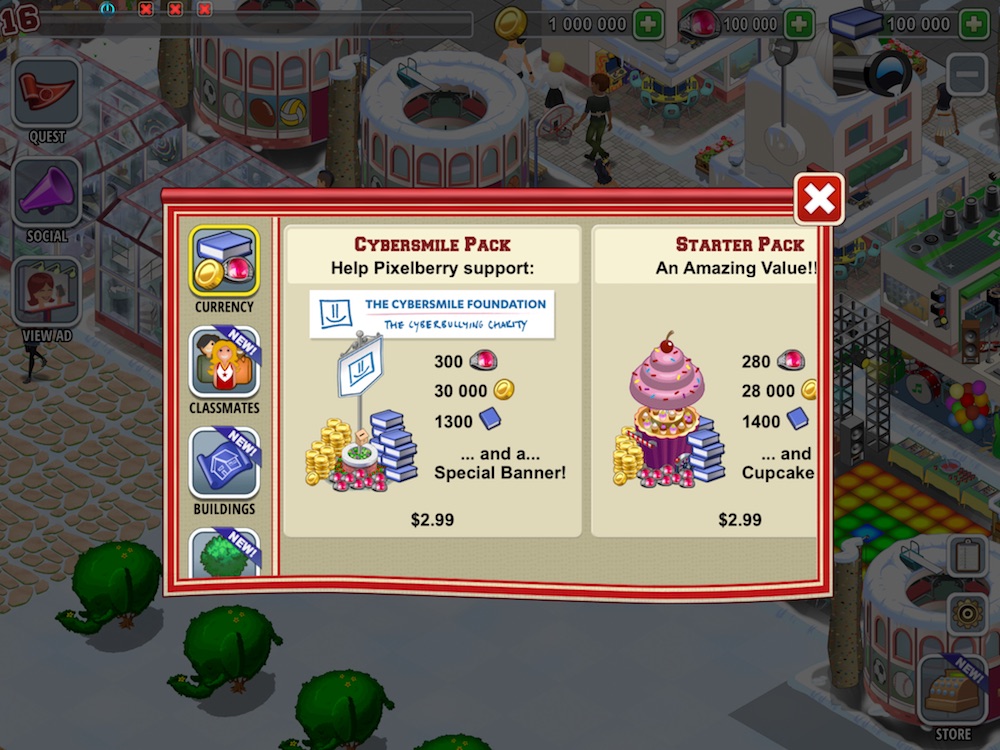 Pixelberry Studios introduced in-game Cybersmile branded products that players could purchase and a portion of the proceeds were donated to Cybersmile. These products still remain the highest selling products within High School Story.

The Hope’s Story campaign was supposed to run for 30 days but due to the huge increase in revenue and player numbers that followed the launch – the campaign was extended for 15 months.

The campaign raised a total of $330,000 for Cybersmile and the educational content was played through over 8.5 million times. In the first month of the partnership, the game jumped from 60th to 15th in the app store. Pixelberry saw a large increase in players buying products for the first time and players playing for longer – increasing net revenue and life-time value.

Ahead of the campaign launch, Pixelberry Studios were looking for an anti-bullying nonprofit with expert knowledge and resources to tackle cyberbullying related problems. They wanted to educate their large player base but didn’t know enough about the topic to create the content without an external organization.

“Partnering with Cybersmile has been an amazing experience, after announcing our partnership we saw a 16% increase in player numbers and an 18% increase in revenue. They have been incredibly responsive to work with, helped us grow our social media presence and because of our partnership with them – news of our story has been published through media outlets such as The Washington Post, International Business Times and VentureBeat. They effectively used celebrities to tweet about our partnership reaching millions of people and even arranged for One Direction to be involved in our game. Most importantly, knowing that our partnership has changed and even saved lives has been incredibly rewarding.”

After agreeing the partnership, Cybersmile worked behind-the-scenes with the High School Story writing team to come up with the concept and content for Hope’s Story. The story included multiple choice questions on various scenarios related to how to deal with cyberbullying and online abuse which players could select and interact with, playing out the different outcomes and learning through their own choices.

Upon launch of the campaign, Cybersmile and Pixelberry Studios worked together closely to promote the partnership on multiple social media platforms, utilizing the Cybersmile Ambassador and influencer network to amplify the messaging.

A parent sent in a letter to Pixelberry Studios detailing how their daughter had been badly affected by cyberbullying to a point of not being herself, and thanks to this campaign, her daughter was able to get help and support, and had returned to her happy, normal self. This campaign changed and saved lives.

Cybersmile and Pixelberry Studios worked together to promote the campaign both in-game and on multiple social media platforms. Ultimately the campaign message was as much about kindness and inclusion as it was about anti-bullying – and this came through on social media. Below you can see a small selection of comments from users on Twitter who responded to the campaign.

JUST 1 DAY TO GO! until the High School Story & Cybersmile giveaway is over, quick! http://t.co/EBbkgK7ygR pic.twitter.com/JMKBW9QBnB

The campaign gained a large amount of international acclaim in the media and is still widely considered the ‘benchmark’ of gaming partnerships for social good. Some of the media outlets that covered the Cybersmile and Pixelberry journey include:

The campaign exceeded all goals in terms of the number of people educated, revenue raised and scale of people reached with campaign messaging. Below you can find some further social impact highlights.

The campaign aimed to deliver education to high numbers of players through a medium that is fun. This objective was achieved through Hope’s Story with millions of young internet users learning how to deal with cyberbullying through their own choices. See some of the campaign outcomes below.

The Pixelberry Studios and Cybersmile High School Story campaign was nominated for one award.