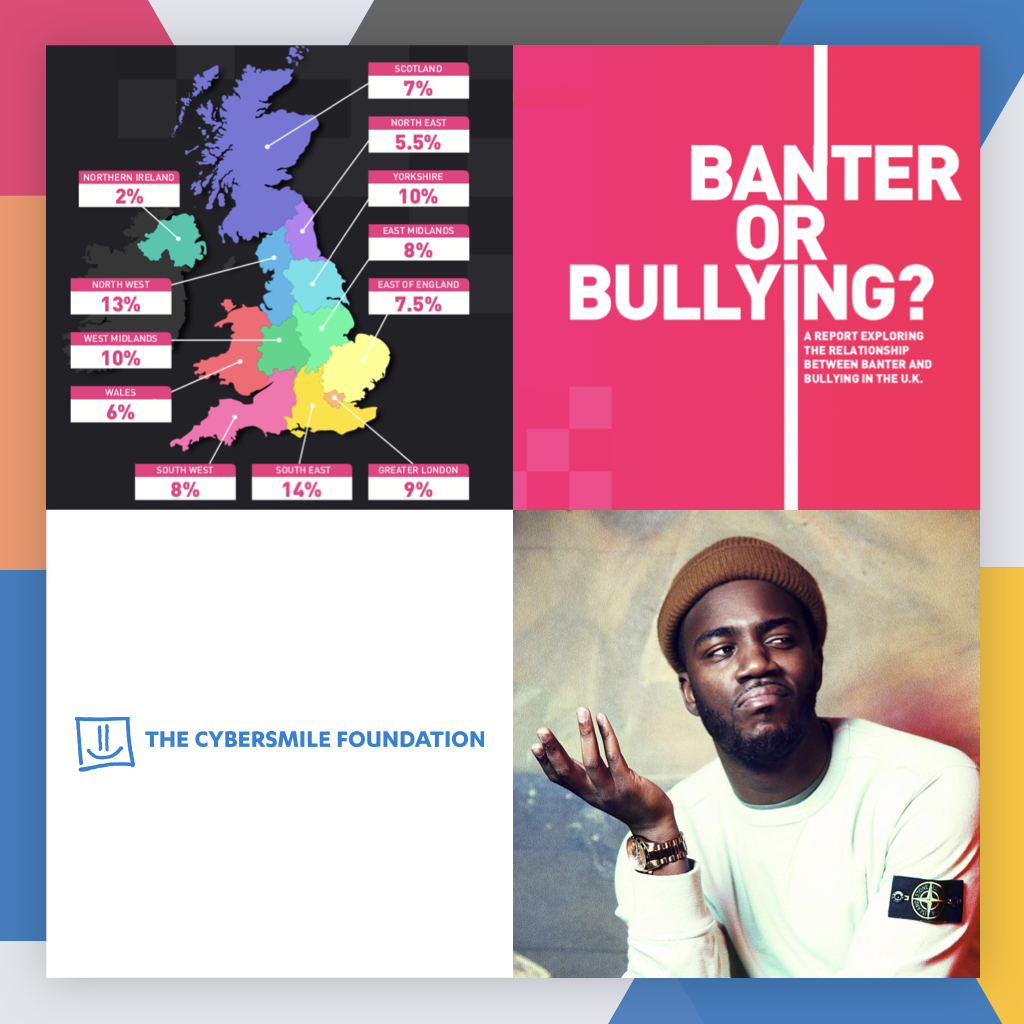 Cybersmile and Instagram teamed up to launch a joint campaign to explore and raise awareness of the fine line between banter and bullying for Anti-Bullying Week in the U.K.

Prior to the official launch of the campaign, Cybersmile and Instagram worked together on research that looked closely at how banter was being perceived, experienced and used by young people. A study was undertaken across the U.K. with over 3000 participants responding to a series of questions, exploring the fine line between banter and bullying. Once the data from the research was compiled, a design concept was created to present the findings. The Banter or Bullying? report was released on the launch day of the campaign, the first day of Anti-Bullying Week.

In addition to the research and educational elements of the campaign, Cybersmile and Instagram worked alongside a number of social media influencers to engage with audiences and amplify key campaign messages. Zoe Sugg, Chessie King and comedian Mo Gilligan all participated in the campaign, releasing exclusive Q&As, sharing insights into their own experiences and also their personal thoughts on the relationship between banter and bullying.

At the end of the campaign, Instagram’s Kira Wong O’Connor participated in an exclusive Cybersmile Q&A. The interview focussed on various topics such as the importance of people feeling free to share content on social media without the fear of ridicule and abuse, discussing key findings from the Banter or Bullying? report and the importance of kindness as well as treating others with respect.

Instagram’s feedback on the campaign

Instagram is proud to be working alongside The Cybersmile Foundation. Like Cybersmile, we share a belief that all forms of digital abuse, harassment and bullying are as unacceptable online as they are offline.

“BANTER SHOULD NEVER BE USED AS AN EXCUSE FOR BULLYING. WE’RE WORKING HARD TO EMPOWER PEOPLE TO TACKLE BULLYING BEHAVIOUR ON INSTAGRAM, WHETHER THAT’S RESTRICTING A BULLY FROM SEEING WHEN YOU’RE ONLINE, OR GIVING YOU THE OPTION TO POST STORIES TO CLOSE FRIENDS ONLY. THIS ANTI-BULLYING WEEK WE’D ENCOURAGE PARENTS AND TEENS TO EXPLORE HOW OUR ANTI-BULLYING TOOLS CAN HELP KEEP THEIR EXPERIENCE ON INSTAGRAM POSITIVE.”

Together, we will be shining a light on an important and often overlooked issue: how banter can either be used as an excuse for bullying, or accidentally go too far and leave people upset.

EXCLUSIVE – We caught up with Instagram’s @KiraOConnor for #AntiBullyingWeek to discuss banter, bullying and the importance of kindness! Read the full interview here https://t.co/7XyUlu41jY pic.twitter.com/ipwUwHb0KP

Cybersmile and Instagram worked together on a number of content pieces that were distributed throughout the campaign including branded statistical findings from the Banter or Bullying? report, important safety tips and talent activations. This also included engaging with the public to get their view on banter, with a number of interviews conducted on the streets in the U.K.:

For Anti-Bullying Week, @Instagram has teamed up with @cybersmilefoundation to explore when banter becomes bullying. Research shows 51% of UK teenagers think calling something ‘banter’ is sometimes used as an excuse for bullying and two-thirds do not feel they understand the difference between the two. So we took to the streets to ask people where they draw the line between banter and bullying? What are your thoughts? Comment below! #AntiBullyingWeek

Throughout the campaign, the public were asked to share their thoughts on banter, the use of the term ‘banter’ to mask bullying type behavior and when banter crosses the line to become bullying. Internet users also engaged with a number of exclusive videos released by influencers who shared their thoughts and experiences relating to banter and bullying.

The Banter or Bullying? campaign received coverage in a variety of publications including lifestyle magazines, marketing journals, national and broadcast media. Coverage also included a number of exclusive interviews with social media talent who participated in the campaign along with thought leadership pieces from Cybersmile. Below is a selection of media outlets that covered the campaign:

Instagram has partnered online anti-bullying charity The Cybersmile Foundation to launch "Banter or bullying", a campaign aimed at drawing a distinction between online chatter and victimisation https://t.co/8Ye8oPafEP pic.twitter.com/K1B5xjTfUU

The team at @CybersmileHQ have partnered with @instagram, @Zoella and @chessieking to launch the Banter or Bullying campaign as part of #AntiBullyingWeek https://t.co/qE0dd8ZXaW

Anti cyber bullying organisation @CybersmileHQ and @instagram launch campaign to open up discussion about the difference between banter and bullying.
Survey suggests over half of young people said banter can sometimes be used as an excuse for bullying. #bbcgms 0835

The campaign reached users in digital, print and social media. Celebrity led, exclusive IGTV content saw large numbers of people impacted throughout the course of Anti-Bullying Week. A campaign Highlight on Instagram was also created which included a number of Stories, highlighting key activations that occurred during the campaign.

Cybersmile and Instagram aimed to spark important conversation around the relationship between banter and bullying, while supporting Instagram’s user base through the promotion of the platform’s various safety features and tools. The features and benefits of Instagram’s safety tools were amplified throughout the campaign through the use of bespoke designed assets. 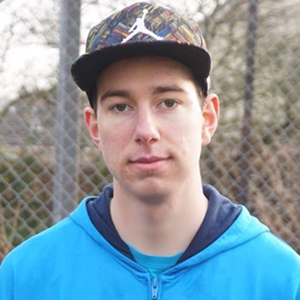 Growing up with acne has made me a target for bullying. I’ve had periods, where my acne is so bad in photos, that I’ve felt I had to edit them to make them ‘perfect’. 5 years of bullying about this has resulted in crippling insecurity about my appearance. However, since finding The Cybersmile Foundation things have changed. Cybersmile has taught…