WWE And Cybersmile Team Up For Bullying Prevention Month Giveaway 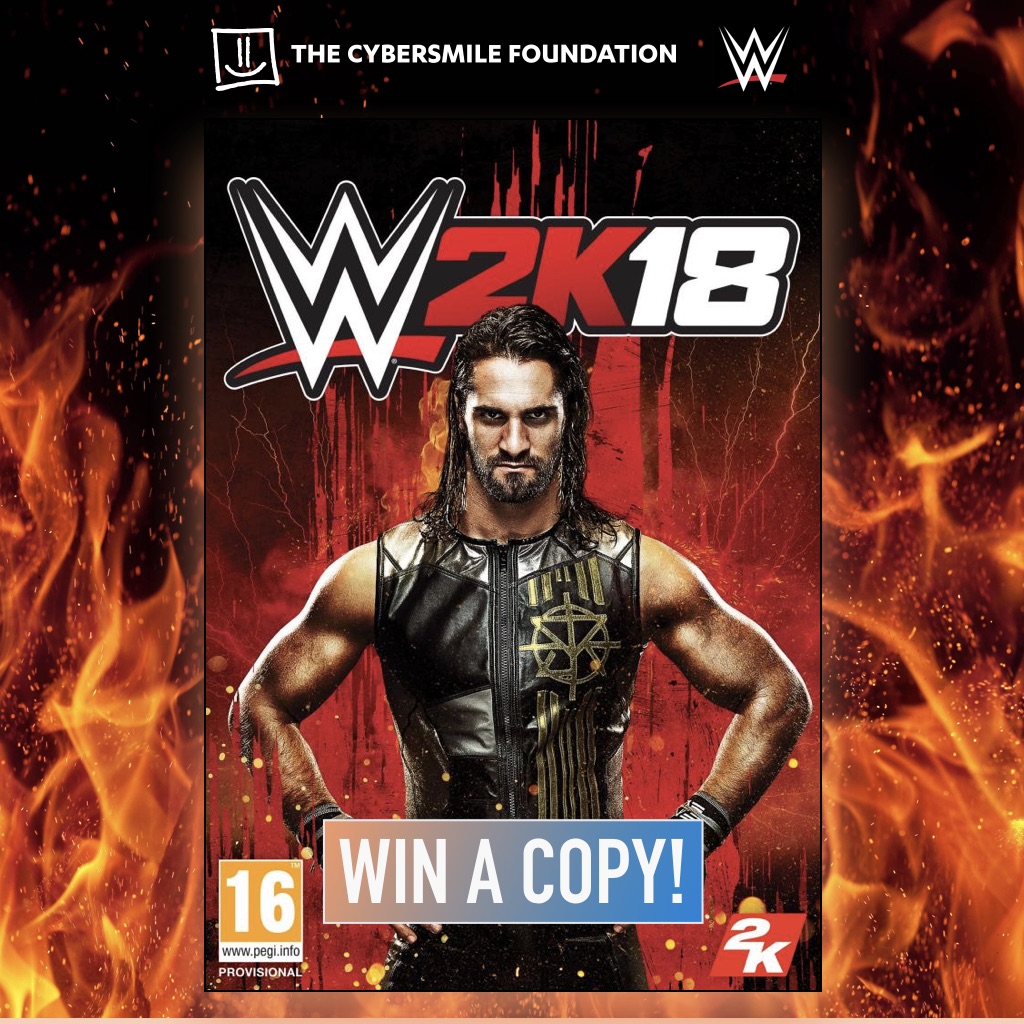 To honor Bullying Prevention Month and the release of the new WWE 2K18 game, we've teamed up with WWE to give away a copy of the game on PS4 or Xbox One to one lucky winner. You can enter from anywhere in the world.

WWE and Cybersmile are launching an exclusive giveaway in honor of Bullying Prevention Month, where one lucky winner will receive a free a copy of WWE 2K18 which is released worldwide on October 17th.

Throughout the month of October, organizations and governments work on a variety of initiatives to promote bullying awareness and encourage efforts to combat cyberbullying and other forms of abuse both on and offline – that’s where WWE and Cybersmile come in!

“We are proud to be working with WWE for Bullying Prevention Month, joining forces to raise awareness of the importance of bullying prevention, while providing an inclusive opportunity to win a copy of their brand new WWE 2K18 game.”

To celebrate Bullying Prevention Month, Cybersmile and WWE are coming together to encourage a kinder, more positive internet, and so that people from all walks of life respect each other’s differences and also help out those who are struggling.

It really is that simple! A random winner will be selected and announced on November 6th 2017 where they will be able to choose their preferred version of WWE 2K18 – either on PS4 or Xbox One.

Similar to its predecessors, WWE 2K18 is a professional wrestling game and for the first time since WWF SmackDown! Just Bring It, eight wrestlers will be able to join a match at once (previous games capped the number at 6 wrestlers only). The Nintendo Switch version will only support 6 wrestlers in the ring.

“During Bullying Prevention Month, WWE is proud to continue our commitment to bullying prevention through this partnership with The Cybersmile Foundation, an award-winning organization that tackles all forms of online bullying.”

The game has been developed in a collaboration between Yukes and Visual Concepts, and is to be published by 2K Sports. It is scheduled to be released worldwide on October 17, 2017 for PlayStation 4, Xbox One and Microsoft Windows. The Nintendo Switch version is scheduled to be released in Fall 2017. It is the nineteenth game in the WWE game series.

A Huge Thank You To WWE

A special thank you to WWE for supplying the game for this giveaway, and for their ongoing commitment to a kinder internet – you guys are the best!

If you are affected by any form of online negativity we can help! Visit our Cyberbullying and Online Abuse Help Center or our Total Access Support sections for expert help and support. For further information about Cybersmile and the work we do, please explore the suggestions below.

Are you looking forward to the release of the game? Tweet us @CybersmileHQ.