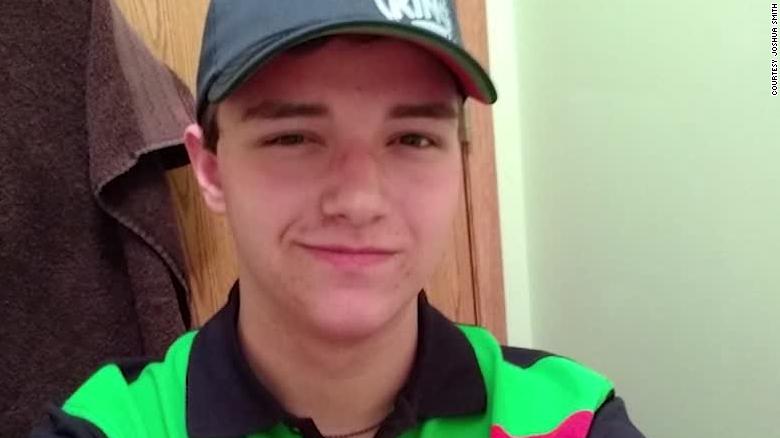 Channing’s parents are demanding justice for their son and for more awareness and support to be made accessible to young victims of cyberbullying. If you are affected by anything touched on within this article, follow the links to our various support services or click on the blue logo icon at the bottom right of the screen to start using Cybersmile Assistant, our smart AI support assistant.

A 16-year-old boy from Tennessee has died by suicide, following personal details of his sexuality being shared online.

Channing Smith, took his own life following weeks of cyberbullying, after private details of his sexuality were shared on social media. Screenshots of an intimate conversation between Channing and another boy were posted on social media by one of Channing’s friends after an argument. A campaign of online bullying followed, which his parents believe, contributed to his tragic death. Channing Smith’s family are now calling for an investigation into the ‘social media bullying’ after his explicit messages were leaked.

“Just because you think it’s cute or funny to make somebody embarrassed or humiliate them, think again, because if somebody would have realized that, my son would not be dead.”

Although messages between the two boys were intimate, family and friends believe that Channon was just exploring his sexual identity and had not spoken openly about a specific sexual orientation. It’s believed that rumors of his bisexuality had come from other peoples’ assumptions online according to one-time girlfriend Hailey Meister, who told reporters ‘He was trying to find himself and people called him bisexual, but he never classified specifically as that’.

Channing’s parents are demanding justice for their son and for more awareness and support to be made accessible to young victims of cyberbullying. Calls for those who spread the rumors to be prosecuted have been met with no definitive answer from Craig Northcott, DA for Manchester Tennessee, who told the family , “When all relevant facts are available, my office will advise the Coffee County Sheriff’s Department on what charges, if any, we believe are appropriate to help guide it in that decision”.

“Cyberbullying can have a huge impact on a person’s life, especially a young person who is still in the process of exploring their sexual identity. This tragic loss highlights the need for access to more resources for young people targeted in this way to be made available in schools.”

Local county schools’ director, Charles Lawson issued a statement saying that although no official comment could be made regarding the death of Channing at this time, the Tennessee Suicide Prevention Network had reached out to provide resources for those that are struggling to deal with his tragic death.

What do you think can be done to stop this tragedy being repeated? Share your thoughts by contacting us or tweet us @CybersmileHQ.