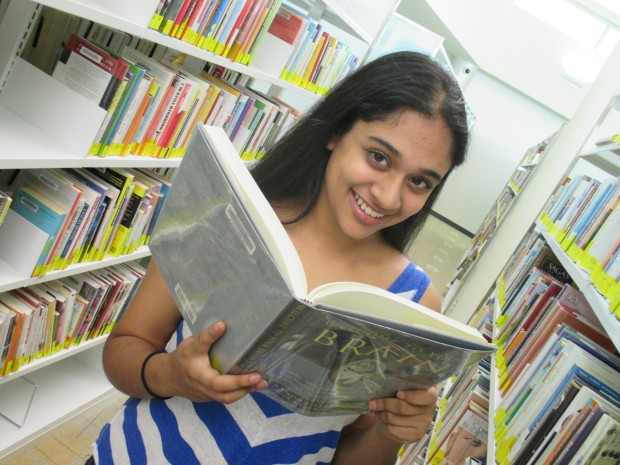 Home one day a few years ago, then 13-year-old Trisha Prabhu from Illinois was shocked to read a story in the news: a 12-year-old girl had jumped from a water tower to her death after being viciously cyberbullied. She wondered, “Why are social media sites still not doing a better job of dealing with this?”

Trisha was inspired to take action. She began reading psychology research studies to see if she could better understand the reasons behind cyberbullying; she found that the the part of the brain that influences impulse control and decision-making is the slowest to develop – and is still developing in people up until their mid-twenties.

“An adolescent brain is like a car with no brakes – no stopping, just acting.” Trisha Prabhu

An aspiring neuroscientist and amateur computer programmer (wow!), Trisha created an experiment to test out her hypothesis and spent days at her local library, getting more than 1500 people to participate. She created an online test program that presents people with a bullying statement such as, “Hey Sophie, you’re ugly” and asked them whether they would post that message on social media sites like Twitter or Facebook. The user only has 25 seconds to decide meaning that they have to make an impulse decision.

For some people who answered “yes”, they would post the message, the test ended. For others, a message popped up that asked them to think about the possible consequences of posting the comment and gave them time to rethink their decision. When given the bullying statement, 71 percent of teenagers surveyed said that they would be willing to post it on their social media accounts. When the software kicked in to make them think about the consequences, the number of people willing to post it dropped to just four percent!

Trisha has been praised for her efforts by university academics on an international scale and was a finalist in last year’s Google Science Fair. Creating her software, called ReThink, she’s calling herself a “one-woman coding team”! The program will be available first as an extension for Google’s Chrome browser, allowing it to be integrated with most social media sites when they are accessed through this browser.

What do you think of Trisha’s efforts to fight cyberbullying? Would you use software like this on your own computer? Let us know over at @CybersmileHQ. To find out more about ReThink and download it when it’s finished, visit Trisha’s website: rethinkwords.org