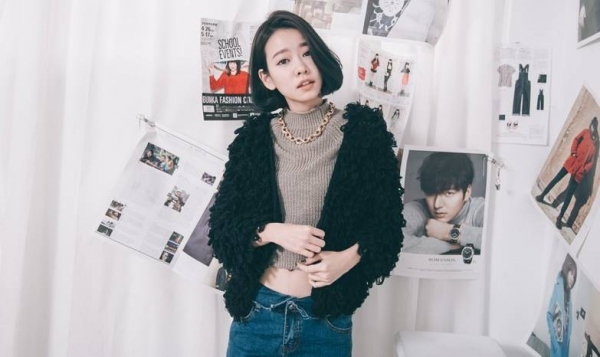 A young Taiwanese TV personality has committed suicide this week, citing cyberbullying as a main cause.

Peng Hsin-Yi, more commonly known by her stage name, Cindy Yang, was relentlessly subjected to digital abuse in the days and weeks that led up to her suicide on Tuesday 21st April 2015. The 24 year old model and entertainer reportedly took her own life at her home in Taichung by inhaling lethal amounts of helium gas; in her suicide note she wrote that she had given into the depression caused by the online bullying she had suffered but she hoped that her death would help to highlight the issue to the general public.

Cindy’s older brother has disclosed to media that his sister was in contact with mental health services over the past four to five months after her depression worsened. He now hopes to launch a new anti-cyberbullying campaign:

“I will set up an anti-cyberbullying campaign, in the hope to raise awareness and assistance from the people, to fight cyberbullying with us, in the name of my sister.”

Daughter of former Taiwanese minister of agriculture Peng Tso-kuei, Cindy was best known for her television appearances on the show University (大學生了沒), aimed at college students. Her death has been widely discussed by the fans as well as the wider online community with some people suggesting a particular Facebook fan page regularly posted messages attacking Yang.

Cindy’s family have said that they do not wish to condemn particular individuals or groups for their role in her death, but hope that the tragedy will act as a warning to all internet users who may have ever engaged in such behaviour; the family have helped to stress that by encouraging digital abuse, leaving cruel messages or even pressing ‘like’ on a comment involved in harassment, they become accomplices to cyberbullying.

If you have been affected by cyberbullying issues and need someone to talk to, visit our Total Access Support page to find out how to contact us.

You can also find support on the new Cybersmile Support Community; ask questions, share good thoughts and chat to like minded friends.

We welcome your comments on this story – how do you think society can prevent deaths of this nature in the future? Tweet us @CybersmileHQ to have your say.