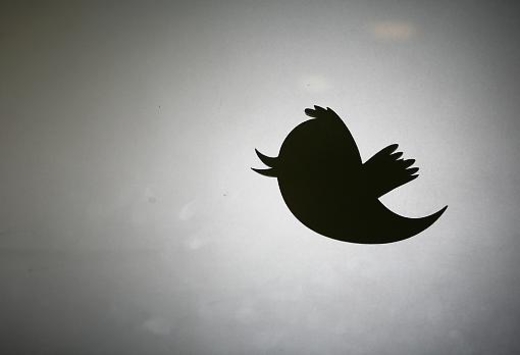 Last night I was chatting online, offering support to a friend who had just been bullied off Twitter. Nobody famous. Just an ordinary, everyday sort of woman who has taken the nastiness that life has dealt her over the last few years and come through it. Smiling? Mostly. But also vulnerable.

As an active feminist, she deals with anonymous abuse – she gets a fair bit of that, from the EDL and their hangers-on – and though it’s not nice, she copes. What got to her this time, though, was the viciousness of “friends” when called out on their refusal to condemn violence against women and joke polls about “people you’d most like to kill”.

Hilarious. Only she is far from alone. My own friends list is full of people – mostly women – whose activism has led to them being targeted: whose failure to “get a joke” turns them instantly into the butt of one themselves. I’ve been on the receiving end, too, very recently.

Of online abuse. Of intimidation. Though nowhere on the scale of that endured by better known columnists such as Julie Bindel, who has been threatened yet again this past weekend.

So forgive me if I don’t join with those suggesting Suzanne Moore “man up” in response to the latest batch of online abuse. Or dissing Mary Beard, who has come in for abuse following her appearance on Question Time last week, as an online wimp.

It’s an issue – and the simplistic analysis I have seen of it so far doesn’t go a fraction of the way to address it.

THE TRUTH OF ONLINE BULLYING

First up, there is something disturbingly misogynistic about online bullying. Yes: blokes, male columnists, undoubtedly get it too. But it feels as though there is something far more vicious, gender-related with respect to what women have to endure.

Beard makes the point well, in a blog responding to her own online treatment. It is clear that she is no stranger to tired old jokes about her appearance – but even she has been shocked about the response she evoked, describing the level of misogyny as “truly gobsmacking”. The focus of much of the abuse is sexual, sadistic even and, she adds: “it would be quite enough to put many women off appearing in public, contributing to political debate”.

In other words, it is silencing, something I get very well from personal experience. I’ve opted out of contributing online for periods ranging from hours to a couple of weeks after being subjected to this sort of online nastiness. Not just me.

Many far braver women with serious contributions to make to public discourse on violence and abuse have suffered similar: been silenced simply for having an opinion.

Some of this is just “mobbing” – I use the word deliberately – in the sense of birds flocking together to repel a common threat. It’s pretty apposite for Twitter, whose name and language (tweeting) both allude to birdy origins. There is no plan: no organising mind. Usually.

Though, of course, with social networking being what it is nowadays, it is hard, at times, to distinguish deliberate organisation from rabbles roused through incendiary comments on shared interest groups and forums.

Individual comments may be strong but otherwise innocuous. However, it is their aggregate effect that is pernicious. One adverse comment I can cope with. Ten I’ll manage. A hundred flooding my various online access points is intimidating, even if most aren’t meant that way.

And some comments ARE deliberately intimidating. There has been criticism of Suzanne Moore for referring some of her detractors to the police. I don’t share that criticism, having involved the police more than once in response to threats received.

Not just direct threats. But the ones that reference my whereabouts.

Why? Because even though I’m not hard to find, the fact of tweeting that information, in any form, is more sinister. It shows that the poster did some research about me and, having researched, is now proudly boasting: “I know where you live”. That’s creepy in any language: doubly so when you think of the intended target.

Ok. I’ll be charitable. Maybe it’s the same sort of thing as walking behind a woman late at night – and the way some guys just don’t get that that is intimidating: think it is about THEIR rights, THEIR freedoms. But, I’ll say it again: this is a bigger issue than many are prepared to admit.

I don’t know the answer. Rather, it seems, we are looking at the balance between two mirror-image issues. “Above-the-line”, in the mainstream press, the real issue is not so much freedom as access: the ability of minorities to make themselves heard.

“Below-the-line”, in comments, on Twitter, the problem is the opposite. Too many voices, raised in angry clamour, with little thought for their effect on others. How we regulate that – or not – will in time determine who actually gets to have a voice on many issues.