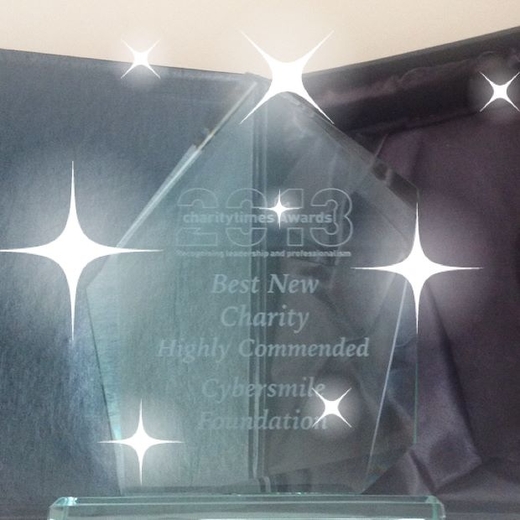 The Cybersmile Foundation have been highly commended in their category of ‘Best New UK Charity 2013’ at the prestigious annual Charity Times Awards in London.

The accolade is a fantastic achievement from an incredibly tough shortlist including charities represented by Dame Kelly Holmes and Olympic medalist Anthony Ogogo. Cybersmile founder Scott Freeman said “We would like to thank everybody who has made it possible for us to receive such a fantastic achievement, to be singled out amongst such outstanding company is a real honour, thank you all so much”

Cybersmile would like to thank everybody who has made it possible to win this award with special mention to our AMAZING social media team at The Digital Fairy and the incredible support of Regal Print.