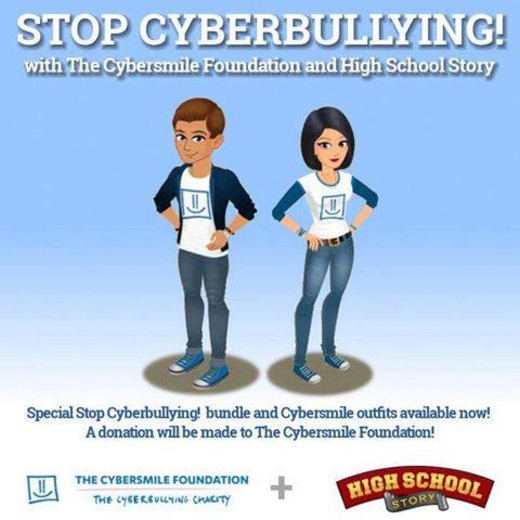 HIT GAME DEVELOPER PIXELBERRY STUDIOS PARTNER WITH THE CYBERSMILE FOUNDATION TO RAISE $100,000 FOR THE CHARITY

Today, Pixelberry Studios the developer of the hit iOS game ‘High School Story’ outlined their plans to pledge $100,000 of support to The Cybersmile Foundation in order to help cyberbullying prevention and install counselling programs.

Pixelberry Studios – led by CEO Oliver Miao said “For me, one of the worst things about being bullied was feeling like there was nobody I could turn to for help,” Said Miao “Pixelberry is excited to be using High School Story to help teens learn how to stop cyberbullying. Based on the statistics from the Center of Disease Control, we’re estimating that 80,000 of our players could attempt suicide this year. If our efforts can help just a fraction of these players, High School Story will be supporting hundreds, if not thousands of teens through challenging junctures in their lives.”

In addition to creating the in-game content, Pixelberry has pledged to raise $100,000 for The Cybersmile Foundation by selling special in-game items. Over 400,000 players are currently playing the quest, and tens of thousands of these Cybersmile-themed items have already been purchased. Pixelberry’s donations will enable Cybersmile to offer around the clock online help, support and advice to vulnerable cyberbullying victims around the world.

“Teens spend huge amounts of time playing games, and it’s wonderful to be able to provide the help, support and resources that they need to deal with cyberbullying through High School Story,” said Cybersmile founder Scott Freeman. “The money that Pixelberry is donating to Cybersmile is an example of how games can not only serve to teach teens, but also support charities like ours and tackle larger social issues The support of Pixelberry is enabling us to reach more victims of cyberbullying. With the money they are raising, lives have been, and will be saved”