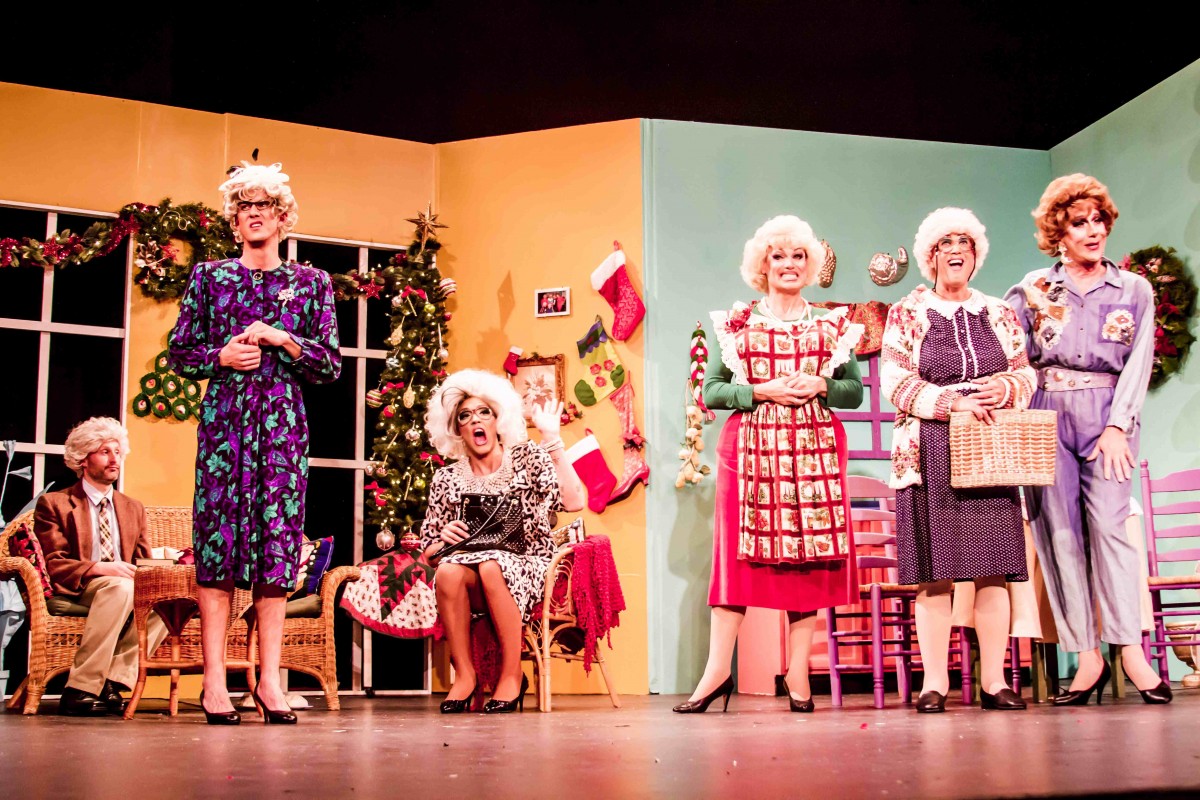 “When the night air brings a chill, when Barbra Streisand croons Silent Night in dep’t. stores and when the Xmas sweaters are taken out of mothballs, it can only mean one thing. It’s time for the annual appearance of The Golden Girls: The Christmas Episodes 2014, starring San Francisco’s four top drag luminaries, as we ring in the Holiday with, hilarity and heart.”

Infamous San Francisco drag performers, Trannyshack, are back at it for Christmas – and we were delighted to hear that they kicked off this year’s Christmas shows with a night of fundraising for Cybersmile. With money from ticket sales going towards our anti-cyberbullying projects, audience members rocked up in their Christmas jumpers for the opening night benefit and raised around a thousand dollars!

The Golden Girls started performances in 2006 in the front parlor of a Victorian Mansion in the Western Addition. The shows quickly became more and more popular with the shows being performed twice annually – for a month every June and for a month each December. As The Golden Girls became more popular, they moved to larger quarters of sold out-runs at Mama Calizo’s Voice Factory and then to CounterPULSE. In 2011 the show moved to the 500 seat Victoria Theatre where it will play again this December for a total of 16 performances!

Cybersmile would like to thank cast, crew and audience members for this wonderful fundraising effort!