Frankie Bridge Wins Cybersmiler Of The Month Award For February 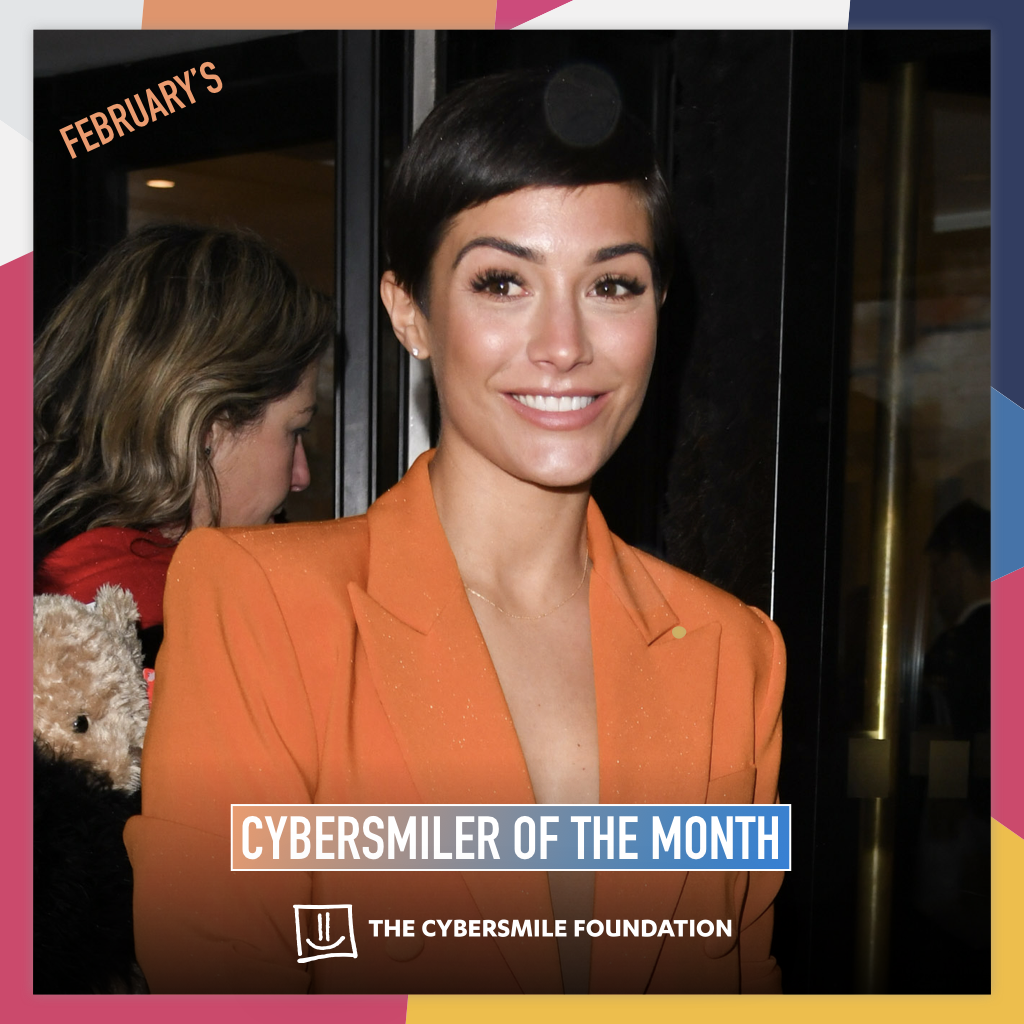 Even Frankie's bandmates had no idea how extensive her mental health struggles were until they saw her experiencing a panic attack. If you are affected by anything touched on within this article, follow the links to our various support services or click on the blue logo icon at the bottom right of the screen to start using Cybersmile Assistant, our smart AI support assistant.

We are thrilled to announce British singer-songwriter Frankie Bridge as our Cybersmiler of the Month Award winner for February, joining the likes of Taylor Swift, Kristen Bell and Dwayne Johnson on our growing list of world-enhancing celebrities and brands!

Opening up about her personal mental health problems at the height of her fame with The Saturdays, Frankie has revealed that she had struggled with debilitating bouts of depression, anxiety and suicidal thoughts. Frankie recently decided to take the brave step of sharing details of her mental health struggles in the hope that she can help others who are experiencing similar problems.

“‘I can only talk from my own experience but I just want to give people hope that things will get better, and to give them knowledge so they can understand themselves and others more.”

Frankie Bridge, Cybersmiler of the Month

Frankie revealed that even her close bandmates, Vanessa, Mollie, Una and Rochelle were unaware of how extensive her mental health problems were until they saw her experiencing a panic attack. The singer recalled filming a music video in Iceland for ‘My Heart Takes Over’ and reaching the point where she felt she could no longer cope with everyday life – resulting in admission to a mental health hospital when she arrived back in the U.K.

“But for me, it was almost a sense of shame, I had everything I always wanted and worked for, and to turn around to people and say actually, ‘I’m still unhappy’, I just felt really ashamed of that.”

Frankie Bridge, Cybersmiler of the Month

The singer has decided to talk more openly about depression in the hope that it would help break down stigma regarding mental health problems and that it would help people understand more about the issue. Frankie has now written a book, Open: Why Asking for Help Can Save Your Life, which she says is not a self-help book but more about letting people know that they aren’t alone and that things will get better.

“Talking publicly about very personal mental health problems is an incredibly brave thing to do. We want to recognise Frankie’s bravery in sharing her journey of anxiety and depression in the hope of letting others know that they are not alone, and that there is support for them.”

Everybody at Cybersmile thinks Frankie throughly deserves this Cybersmiler of the Month Award for being so honest and inspiring – well done Frankie!

What are your thoughts on Frankie’s bravery? Share your feedback by contacting us or tweet us @CybersmileHQ.