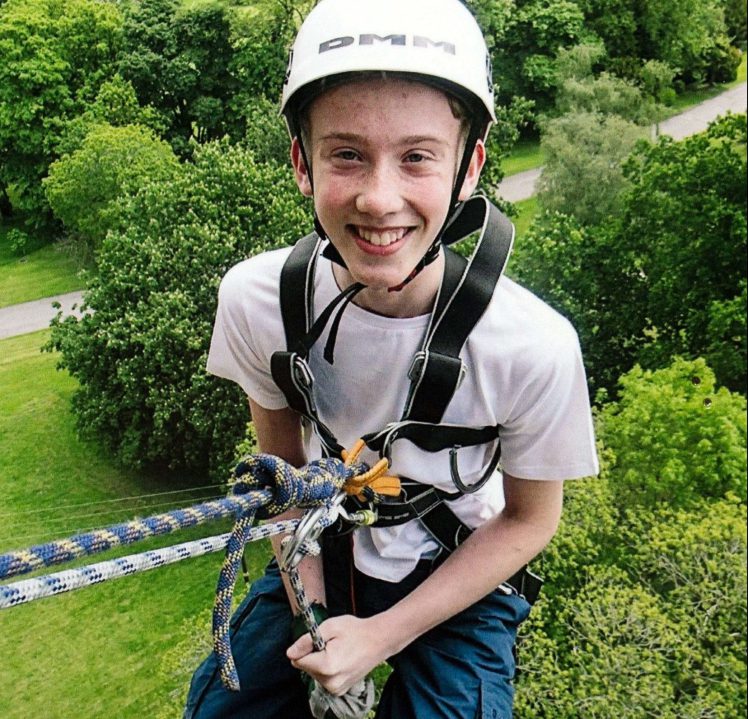 If you need help for cyberbullying or any other online abuse related problem, you can access our trained support advisors by following the links at the end of this article.

The parents of young cyberbullying suicide victim Sam Abel have spoken out about the terrible ordeal their son went through before taking his own life in January this year. Sam 14, had suffered years of abuse and bullying when the bullies took to the internet to carry on a hateful cyberbullying campaign aimed at the bright youngster. After months of bullying online Sam finally took his own life, jumping to his death from a city center car park in his hometown of Worcester, U.K.

His parents spoke of their son and how the cyberbullying followed him around on social media giving him no escape. Sam was mainly targeted on Facebook and Snapchat, which allows encrypted messages to be sent which are then deleted automatically.

“Snapchat messages only last seconds but when you’re getting those messages constantly, the seconds add up and they broke him down in the end. We will never know how serious those messages were because the police cannot get access to the messages due to encryption.”

Although his parents were aware of the cyberbullying they had no idea it was having such a profound affect on Sam and assumed he was just going through normal teenage problems.
“He did a good job of hiding everything and put up a front and we assumed everything was fine. He suffered in silence.” said Mark Abel, Sam’s Father.

Sam’s parents knew little of how much the situation had escalated until it was too late to intervene. An inquest last week also revealed that Sam had told friends just before his death that he wanted to die, ‘to prove a point’.

“We cannot stress strongly enough how important it is to get support and to talk to someone if you are experiencing bullying online. Trying to get through online hate campaigns without support will make dealing with the problem much more difficult, especially for young people.”

Sam’s distraught parents said that their son’s death would ‘haunt them for the rest of their lives’, as they try to come to terms with their loss. Sam’s father, Mark, who was blinded during his Army career six years ago spoke of how Mark used to care for him “If we went out anywhere he was my eyes, he would grab my arm and guide me.”

If you are affected by any type of online negativity we can help you, visit our Cyberbullying and Online Abuse Help Center or alternatively, learn about our various options for support through our Total Access Support section. For further information about Cybersmile and the work we do, please explore the following suggestions.