‘Sticks And Stones’ Author Discusses the Culture Of Bullying 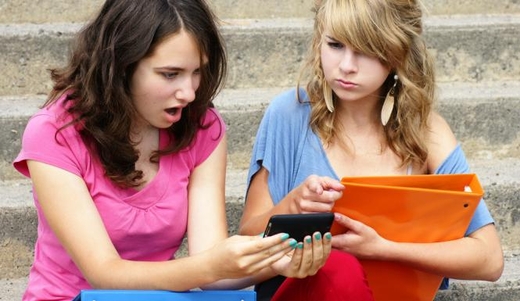 Cyber bulling continues to torment children all across the country. Emily Bazelon, a senior editor at Slate and a contributing writer for The New York Times Magazine, recently wrote a book that addresses this issue: Sticks and Stones: Defeating the Culture of Bullying and Rediscovering the Power of Character and Empathy. In a series of interviews promoting her book, Bazelon shared her thoughts on the subject.

Bazelon sat down with Fresh Air‘s Terry Gross this week to discuss how the rise of the internet and social media have made teen bullying all the more challenging.

Bazelon told Terry Gross that “when I got home from school, there was a break. I didn’t have to deal with [my friends] directly, and I could sort of put myself back together in the afternoon and evening. Whereas now when you come home if you’re a victim of bullying, you’re likely to see this continue on a social media site or via texting.”

BORN INTO A WORLD OF CYBER-HATE

In her book, Bazelon attempts to bridge the gulf between parents, who grew up in an age without the internet, and their children. As a parent, Bazelon thought about what limits were appropriate to set as her children go online. She also raised the question of what roles schools should play in a teenager’s life online:

“We don’t make schools responsible for all the stuff that kids do at the movies or on the beach or walking down the street, and yet if there’s a cruel thread on Facebook or Twitter or a bunch of mean harassing texts go around, it’s very typical for parents to bring those into the school and ask for help because they naturally feel that since it’s among students, the school should have some role.”

Bazelon thinks that schools can help kids and parents deal with bullying, but she isn’t sure if schools are set up to police cyber bullying nor is she sure if we should want schools to take on this role.

Later in the interview, Bazelon pointed out how much influence Facebook has over kids who are mean. Facebook has the power to play a stronger role in the fight to reduce teen bullying.

“They know from their own data that when they tell kids that they’ve posted something inappropriate [and] they ask them to take it down, those kids don’t re-offend,” Bazelon said.

Cyber bullying has lead children to commit suicide, and legislators across the country to propose bills to combat the behavior, yet putting a stop to cyber bullying altogether remains an elusive endeavor.

Bazelon’s book explores bullying by sharing the stories of individual students. She feels that stories are the best way to explore the real-life facets of a problem, for they make people feel and understand what kids are experiencing.

“I looked for stories that would allow me to discuss issues like the movement of bullying from school to the Internet and back, harassment based on sexuality and gender, and the problem (in my view) of ratcheting up the punishment of kids who are accused of bullying by bringing criminal charges against them,” Bazelon told SheKnows last month.

Gaining understanding is a key part of solving the problem.

“To me the key thing is to help kids learn empathy,” Bazelon said. “Many of the books and programs I discuss have that goal.”