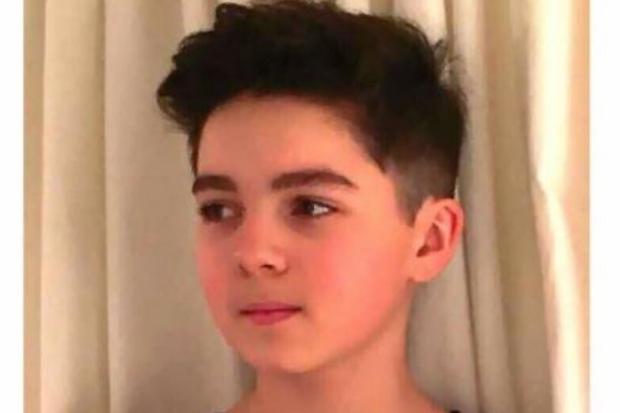 The family of Ben McKenzie have called for a tougher stance against those who use the Internet to torment and bully others. If you are affected by cyberbullying or online abuse, follow the links throughout this article to access our various support services.

A Scottish MP has urged the Prime Minister to act following the tragic death of schoolboy Ben McKenzie. Ben, 13, took his own life at his home following a campaign of bullying and threats on social media and on his phone. Conservative MP, Paul Masterson, raised Ben’s case at Prime Minister’s Questions in Parliament this week, demanding to know how Westminster plans to tackle the growing problem of cyberbullying.

The family of Ben called for a tougher stance against those who use the Internet to torment and bully others and Mr Masterson brought these concerns to Westminster on behalf of Ben’s grief stricken parents Ann and Ian McKenzie.

“Can the Prime Minister set out what this Government is going to do to tackle cyber bullying, not just to support and empower victims but to deter and prevent children who may be engaging in these acts, not realising the consequences they can have.”

In a question to the Prime Minister, Masterson asks about what is being done to address the problem of cyberbullying, highlighting the need for more work to be done in making young people aware of the real life damage that their online actions can cause.

Mrs May paid tribute to Ben and offered a message of condolence to the family. She commented that despite efforts to address Internet safety, cyberbullying remains a serious issue for millions of people.

“This is an issue we should all take very seriously and the Government will continue to work on this.”

Tributes have poured in on social media for the young Scottish schoolboy who was a friendly and popular boy with everything to live for. Stuart Maxwell, Headmaster at Ben’s school, described his death as ‘an absolute tragedy.’ Pupils at the school are believed to have been told about Ben’s suicide at morning assembly on the Monday, just hours after the tragedy happened.

If you are affected by any type of abuse or bullying online, we can help you. Visit our Cyberbullying and Online Abuse Help Center or learn how we can help you through our Total Access Support. For more information about Cybersmile and the work we do, please explore the following suggestions:

What are your thoughts about this tragedy? Let us know by contacting us or tweet us @CybersmileHQ.