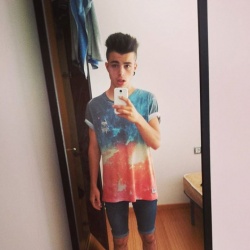 By Mac 5 Years ago
Sexting is sending intimate or explicit pictures of yourself to someone over the internet or by phone. It is a very risky way to flirt with someone and there are major concerns about young people sending these types of pictures to each other. You can find out more about this problem on our main site here - www.cybersmile.org/advice-help/category/sexting
There is a great video here that takes you through a sexting incident, take a peek and pass it on.

The most important thing to remember is that once a picture is sent you can't get it back and it could stay on the web for years, you lose all ownership of the image. This means future employers, family and friends may end up seeing it as well and it could seriously affect your career and personal life into the future. Think before you send is a good rule to follow!
:)
Login or Register to Reply

By *Sheepsies* 5 Years ago
Sexting is sending pictures of yourself explicitly over to other people such as(and most commonly) a partner you are currently with, it is a risky way to interact with someone. Everything on the internet is hard to get rid of, impossible maybe even, and if you have problems in your relationship at a later date your ex may 'get back' at you by releasing your previous sext's to the public as mentioned by Suzanne.
Originally posted by Suzanne

Thanks Sheepsies : )
Login or Register to Reply 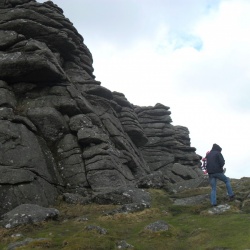 By Adam 5 Years ago
Putting across to youngsters just how damaging and risky this can be is the best way to go about approaching it. Telling them not to flirt and explore relationships is wrong and telling them it is ileagal probably won't make that much difference either. The thought of an intimate picture of themselves being available to anyone on the web, for ever, is probably a better deterrent.
Login or Register to Reply