Putting yourself out there.

By dolphintiger12 3 Years ago – 3 Replies 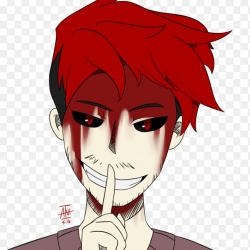 Hello! I am back. From a very long break indeed.

This is something that needs to be brought up, children have been trying to put themselfs out there and be famous on the internet. This has resulted cyberbullying and the child getting tracked down. There needs to be restrictions on children going on websites. Let's say Younow, it's a streaming app. It's for teenagers 13+ but if there is a child who is 11 but looks 14 they could easily get away with it. Some precautions need to be put in place.
Twitter Facebook Email
Login or Register to Reply
Oldest Replies Newest Replies

Thank you for bringing up a very interesting topic! Children are indeed online more than ever before and creating their own Youtube channels,Gaming personas etc. Do you think eliminating their access would reduce bullying? Or do you think there are safety precautions that can help them cope with any bullying they may encounter? Do you think parents can play a role in supporting their child online?

Does anyone else have any ideas to offer on this great topic?
Login or Register to Reply

By Wanesite 3 Years ago
On Instagram I have seen a 12 year old girl post videos of herself all of the time. Some entertainment pages, popular ones, have taken her videos and posted them. People are now laughing at her, and the worst is that she was 'fighting back' at those who comment at her videos. But firstly, does even anyone control her what she does? A parent, guardian, or anything? It's not okay for a girl at that age to own Instagram account.
Login or Register to Reply

Unfortunately, this comes down to every parent's decision (or lack of decision).

For example, we have some rules about my 13-year-old's use of social media. He has had his own Twitter since he was 12, but I made it a rule that I follow him, and vice versa.

I do not allow him to use Facebook. I think there is too much of a chance for cyberbullying on that forum, and I also have been worried about ID theft with the latest news stories about hacking, etc.

I do not allow him to use Tumblr, because I have seen a lot of disturbing bullying there, and I don't want him to subject himself to it.

Ironically, I DO allow him to have his own Youtube channel. Mostly, that's because no one knows he's on it. With a lot of Youtubers who are active, they leave comments on a lot of people's sites, which bounces back to their site, which leads to cyberbullying, etc. Because he only posts a few videos and does not really comment on others' videos, he is mostly invisible on there. At some point, he and I will have to talk about some safeguards, but I also monitor what happens on Youtube and feel like it's one of the safer platforms for him.

And I DO allow him to use Pinterest, for much the same reason. He is not identifiable, and he only uses it to communicate with a small group of friends from his middle school. They share photos of their favorite animes, and it's very straight-forward and easy.

So all this is to say, I think if each parent knows the ins and outs of each social media site, then they can talk to their kids about what's appropriate and what's not. But the parent has to take the lead and be willing to be a parent -- not a friend. There are parents who try to be their kids' "friends," and that always ends badly. A parent needs to first and foremost be your protector. Friendship comes later, after trust is established and after a kid is a young adult. But until then, every parent needs to be involved in their kids' online action.

Anyway, those are my two cents! (or do you say pence? :-)
Login or Register to Reply