By brandonjbc 3 Years ago – 5 Replies

hi everyone,
a few months back i angered someone by making a joke in the comments of a youtube video. the person responded with threats but i ignored them at the time (my name doesn't show on my account). a few weeks later however, troll accounts with strange names like rubber mark and canard wc started to join every discord i participe in (its a chat for gamers) and after insulting me for a while they demanded that i pay them bitcoin for offending their made-up 'god'. then things started escalating real bad: first they dumped my private details online and hacked some of my accounts, then i started getting silent night calls and now i even received a letter calling me 'their slave' (with my face on it) at my home.
i googled the name of their club (jlfksjlfl) and found multiple occurrences of defaced accounts and even one mention of a teen that committed suicide.
i'm thinking of going to the police but i don't have any information at all on these guys so they probably wont do anything. paying is another option but even if i gathered the money what guarantee do i have that they won't ask for more?
if anyone has been in a similar situation i'd like to hear ur advice thanks
Twitter Facebook Email
Login or Register to Reply
Oldest Replies Newest Replies

By David85 3 Years ago
If I was being doxxed through games, I would dump my hard drive, change all passwords and close my online accounts. Just to be sure.
Then start up again with a new handle.
Login or Register to Reply

By Cyberninja 2 Years ago
If you are being asked to pay money under any kind of threat you should go to the police immediately. You may not have much evidence but they will be able to advise you. Do not pay the money unless the police are involved, would be my best advice.

Replacing your hard drive is not a bad idea. If it has been corrupted/hacked then this may be the only way to be sure your PC is not compromised.
Login or Register to Reply 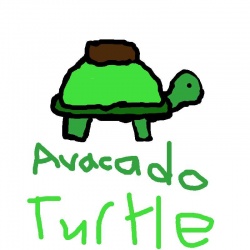 By avacadoturtle 2 Years ago
Definitely, do not pay them anything without talking to the police first. If they are hacking, doxxing, and sending threatening messages to your home, that is absolutely something the police would get involved with.
Login or Register to Reply

By NeverTooLateToSmile 2 Years ago
You should go directly to the police. Bring the letters, screenshots of the cyberbullying, and all other evidence. You may want to bring the device they cyberbullied you on. This is escalating beyond cyberbullying and is turning into threats. Especially since they know your address, it's critical you remain very mindful of the traces of personal information you leave behind. I would highly recommend asking the police on their opinion on how to guarantee your safety.
Login or Register to Reply