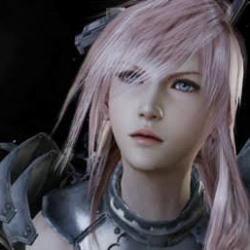 Hi, my online name is Charlie or Nat, I don't like giving out my personal name on stuff

I'm going to tell you my experiences on a website called Quotev. It's a quiz website and were you can also make fanfiction and make friends. But when I joined, it was all but toxity.

Me and my online friends that I met on there have to keep our 'mouths' closed. Because we can't say anything that'll possibly offend anyone. And I don't mean offend like racial stuff. But I met if you dare accidentally call someone a dude when they are a girl and we had no clue. We then get attacked, like we get these things called call-out journals. The journals are made to get the bad people off, such as people that support something that is illegal. But the journals can be overused

I've made my mistakes on this website, some I didn't know the full story or I didn't know the full topic. I've gotten call outs all the time. The people that make the call out journals use screenshots, within the screenshot, it's just them over reacting or they took it the completely the wrong way. There has actually been one accusing thing that drove me up the wall.

What happened in the call-outs that weren't necessary, was that the mean stuff the people would say, and all the sexual comments. Like we're talking about some disgusting stuff. And I am not telling you guys because you shouldn't see nor hear it.

There is also people that have multiple accounts, they use to gather information. Like they can act like they're on your side, but in reality they're not. I know that is bullying right there, but when I try to tell the people, they say it's all right. So blocking will not work.

I have some mental and health issues, I am not your typical late teenager. I have autism and such and when I say that, they say I'm lying, they say that they are autistic and they are better than me.

There is also the way your profile has to look. It has to be astethic and stuff. And if you don't want your profile to look bland, well good luck on the website.

Note: There is definitely more stories about this website, but I just want to put this out there. I made it very bland because the examples that I would've used would be disgusting, offensive, and rude. And it's NOT 'You are stupid' it's worse.

Thank you for reading my story, and hopefully the cyberbullying will stop all together, on not just the website but with ALL websites. Thanks again.
Twitter Facebook Email
Login or Register to Reply
Oldest Replies Newest Replies

There are lots of online communities that really struggle to moderate users and groups of users. This means that when things get out of control and people start group-bullying, little or nothing is done about it. If reporting does not work then it is always best to sever all contact, especially if the site is not being run properly.
Login or Register to Reply