By idontknow 3 Years ago – 1 Reply 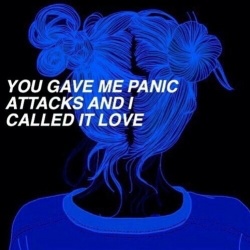 Hi, I can't give you my name... but I can give you my story.
I've been bullied since 2014. but for all I know it could've been for much longer. I'm an adult, it started when I was 18.
it started through bullying in real life. I really liked a guy but he kept using me for 'stuff' and he actually really liked a girl who went to my college. she seemed nice, a bit weird but nice. she was a 'selective mute' so she wouldn't talk to anyone but he just kept trying to talk to her.
she was in a relationship with my friend an she told everyone has was hitting her. but he wasn't. he ended up leaving college. (hes married now)
she started cheating on my friend with the guy that I liked and was sleeping with.
(I knew he was using me, but I felt so bad I just wanted him to like me)

she ended up dumping my friend and dating this guy.
she turned out to be Instagram famous... I didn't know what was coming.

she has over 150K folowers.

so I started looking at the pictures of them together online and I got really upset, the girl started bullying me on facebook, Instagram and twitter. I didn't even know. until
my best friend noticed how he was treating me and how upset I was and she found the bullying posts so she started sticking up for me. she had a huge go at the girl. and I said she was right.

I became OBSSESSED over the girl, just because of the guy.

then my other friend came out with a horrifying truth... the guy had attacked her.. in the worst way.

so I went on a total rampage.. I had a huge argument with him and called him out.. HE denied it.

he kept denying it. saying she was crazy. and that I was too.

the girl started coming to college with bruises.. on her face, arms and it turned out that the guy had been beating her.

I only found out in 2016 about what had happened to her.

I couldn't stop calling her names, she wouldn't stop on the internet. I felt so helpless... I didn't have any friends or followers to stand up for me.

one day she approached me and said 'what have you been saying about me' I said go away. she then called me a fat c'-u'n\t
so I lost it. she knew I had bulimia and had spent years trying to recover from disorded eating that took up over 10 years of my life... which I still struggle with.
she I lost it and grabbed her hair.. we wrezstled around and then I got punched in the back of the head.
I fell to the floor. seeing only black, I felt my face being punched and suddenly my ribs started to feel sharp pains, I came to and saw the guy I liked on top of me, punching my face. and the girl standing over me... kicking my ribs.

the staff didn't even try to restrain him or her. they just shouted until he was too tired to continue. I rang the police.
they did nothing other than attempt to get us to sign a waver.

I then tried to patch things up with her, I apologised to her and gave her a gift, to show how apologetic I was. she appeared to want to be my friend. we exchanged numbers and added each other on facebook.

little did I know what she was doing.
she private her nasty accounts, I didn't know there names.
she told me to make an Instagram.

By idontknow 3 Years ago
this will be continued soon.
Login or Register to Reply