How do you cope??

I really want to help my kids prepare for life online but I don't feel like I can offer much in the way of advice because I did not grow up with the internet. I talked with one of my daughters friends about it and she seemed confident and assured about how to deal with online abuse.
I realised that there must be thousands of young people who are armed with their own ways of coping and I think it would be great if we could share them here. If you have any tips or ways that have worked for you please let us know. Thanks :))
Twitter Facebook Email
Login or Register to Reply
Oldest Replies Newest Replies

By Mac 4 Years ago
Great post Marti. We often forget how much and how quickly young people learn from each other about handling life. Many parents are in the same position, with little to offer in the way of practical advice or wisdom through experience when they have none. We would like to hear from anyone who has got through a bad experience online and how they coped. Your ideas or tips could really help someone.
Login or Register to Reply 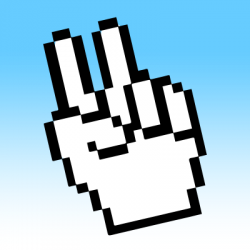 By Frank 4 Years ago
Zero tolerance for me. I have always avoided negative people online because you can't really reason or communicate in any way. Its not up to me to try and teach someone how to behave online so if someone starts to get personal or aggressive with me I totally blank them. If they keep on then I delete or block them. I just don't play that game, not interested, life is too short. The internet is there for me and I am in control of who I want to communicate with, not the other way around. Works for me!!
Login or Register to Reply 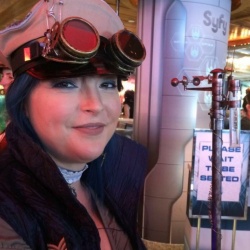 By DeborahParker 4 Years ago
I give the advice of what I use. and that is to ignore, block and report. sometimes that can be challenging to a youngster. I know how I felt before I was confident in myself. I would use sarcasm to distance myself until I realized that I had the power to block and report, and that there are communities like this one who are such an important support.
Login or Register to Reply

By Frank 4 Years ago

Thanks Deborah. I suppose keeping it simple is a good way of empowering yourself. Block, delete, report, no nonsense! Stay in control.
That may be easier with people you don't know but it could be a bit more complicated if it is a friend or someone you do know.
Login or Register to Reply

By Wanesite 4 Years ago
As a teenager, cyber bullying doesn't hurt me, because I know the fact that the person behind the screen is just a coward, and they say nosense words. Internet might be dangerous place, but if you use it right way by ignoring bad people, there are no worries. As everyone says ignore and block are good ways to keep bad people away. And another rule: never accept to meet in real life someone you don't know.
Login or Register to Reply

By Petula 4 Years ago
I went through a tough time in my teens with bullies and people who were really negative and judgemental. I went through counselling for a while and one thing that really helped me was learning to understand how to use perspective. I learned that when someone throws something at you, you don't have to catch it and throw it back. Set your boundaries and do not catch anyones ball of hate or jealousy. I ended up feeling sorry for them with their empty sad lives and learned to protect my special place in the world, ME!!!! Don't play their game and they will find someone else to try and play with.
Login or Register to Reply

By Mac 4 Years ago
Just a quick thank you to you all for contributing to this post. We have many visitors to the site who gain a great deal from all of your experiences and insights. This is what the forum is all about. Thank you all. <3
Login or Register to Reply 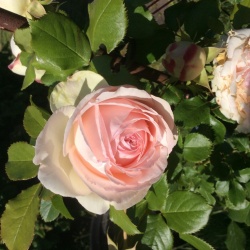 By dorotheabluemer 4 Years ago
I have a special strategy to cope with that topic. Long before my daughter, who is 15 now and still is mostly uninterested in social media, was in the age to start a virtual life, I decided, that I want to know, what's going on in cyberspace. So I started with Facebook, went on with Twitter, became an 'Instaghostie' (because I seldom post there) installed a blog of my own, am active on LinkedIn, even on Weibo and I know, how periscope works. There with I became the only person in my real life world with a knowledge about all that. It's really true, neither family, nor friends or colleagues do any of that. Mostly because they are really afraid of leaving ant footprints in virtual world.
But I became a kind of expert for it and use it for mentoring young women.
I know, that my way is a bit extreme. But I can also say, that I won some new friends this way (with more and more crossovers to my real life) and some very interesting contacts, that enrich me in my professional life for example.
Nevertheless I think, that many children start much too early with social media. They can't oversee the risks and problems. They need advice.
And I found, that by acting carefully online the instruments of blocking and reporting are nearly never necessary. Not never, but nearly never...
Social media can indeed be good fun and really enriching!
Login or Register to Reply