Forgiveness does it work?

well after talking about gaming i want to focused of something different,

in my experience i always forgive, could be the biggest argument or i hurt you in some way i will forgive that person, once that person is forgiven then things should go as normal right?

well like i said in my experience it never works for me, so many times i have forgiven people and what do i get in return? well i do get im sorry back, but in a few days i always and i mean always get the stab in the back technique, like after forgiveness then the person will say i dont want to be friend with you anymore and get out of my life, as you can see in my little world i dont know if forgiveness even works.

so my question to you is, have you ever forgiven someone? and has the relationship changed, ruined or stay the same? and do you believe in forgiveness?

By Marti 4 Years ago
I always forgive people, because they are human and not perfect, even when they are total jerks. That does not mean I will let them into my life again, I always re-establish boundaries with people who upset me. Forgiveness for me just means I do not have to carry around the emotional burden of their actions. Forgive and forget does not mean I give someone a clean sheet to start again, it means I unload whatever crap they are laying on me and I can continue my happy journey through life wiser and stronger. Good post Terky. :))
Login or Register to Reply 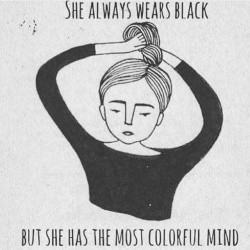 By *Aileen* 4 Years ago
What a interesting topic!
I think it might be quite different from person to person...and also what another person has done to you.
I know that my biggest "weakness" is that I will always trust people, however my biggest "flaw" is if somone misuses that trust our friendship is pretty much over. Luckily that has only ever happened three times in my life - when I felt I couldn't remain friends with someone. One time when I was 11 and another at 23. (I'm 31 now.) Obviously it wasn't minor things. Like you can have a disagreement and argument with a friend. The thing that happende when I was eleven was my friend made a rather racist comment (and me not being racist) could not forgive that. I can accept that there are people in this world who are racist, and they have every right to be ignorant people if they choose to but I will not make excuses for them and thus I will not be their friend! The second time was a friend who fell in love with me and couldn't or wouldn't accept that I had no feelings whatsoever for them. And after a few weeks where I constantly felt uncomfortable because this persone never really could get that I wasn't going to date them I just let them know that it was a really bad thing to be making me feel bad. As if I should just force myself to love them. I don't know if they eventually got it but I did get an apology but our friendship was over long before that.
So basically for me, if you are my friend and show any lack of respect towards who I am I will find it very hard to forgive you.
As a teacher....good heavens what do I not forgive! Those kids know though. I always tell them "I will always assume I can trust you" and so basically most of them feel a sense of responsibility to not break that trust. Then again, they are teenagers and need to push bounderies and some need to test if I will ever give up on them - glad to say that to this day I have never given up on any of my "kids". But it has not always been easy. The first school I worked in was a rather "rough" school where all kids came from socialy struggling backgrounds. Some had been arrested several times, some had one or two parents in prison. A lot of drug and alcohol related abuse and half of the kids livend with foster families. As a new teacher it really tests you - but it was thanks to those kids that I realized that this is really what I want and need to do with my life.
So telling the kids I could trust them really didn't mean anything to them in the beginning because they surely didnt trust me (or any other grownup or figure of authority).
To build up that trust through time though, I remember those kids with so much love and I think of them almost every day. Those kids have to and need to be forgiven over and over again. Because they are the effect of a system that has faild them. Thay need to have grownups that will be there no matter what because they expect that you will give up on them. And it can be really hard for them to grasp the fact that no, no matter what, I will still be here and never give up on them. But once you make that bond, whatever hardships, sleepless nights, arguments, lack of socila life - all worth it. For me the rights of children (and all humans) are key. And a child has a right to go to school that gives them responsibilities to attend and do their work. But more importantly a child has the right to be a child, a child has the right to have a family (however that family may look), a child has the right to grownups that will help them and guide them as they practice their rights into adulthood. A child has the right to peace.
I did my best to teach those kids my subjects but really for me I set out the goal to let those kids have a few hours where they could be kids. I made sure that we laughed and managed to feel relaxed, because the moment they left school they were met with a different reality. So if they acted out, threw a book, slamed a door or even screamed at me in the process. Once they trusted me they knew all of that was forgiven and I would never throw any previous behavior back at them.
So again. It is down to each person and the situation if you forgive or not.
I do however believe that just because you ask someone to forgive you, you can't demand that they will. We all have the right to feel hurt or betrayed and by that, the right to love ourselves enough to know if something and somone is worth forgiving or not.
Always respect yourself enough to know your worth, don't allow people to treat you badly just because they will ask for forgiveness later - they should not be treating you badly in the first place.
Each circumstance is different. Know yourself and then you will know what you can and can't forgive.

~Aileen
Login or Register to Reply

By heidilynnrussell 4 Years ago
Hi Terky, and this is a great subject:

There *are* cases where people say they are sorry and are very remorseful. You will always know when someone's remorse is real. But even then, you can forgive but do not have to let them back into your life 100 percent.

Forgiveness is so that you do not allow this person to "live in your head rent-free." You basically are releasing them from your anger, from your bitterness, from your resentment, from your wish for revenge. You are wishing them well and saying, "You hurt me, but give you my blessing for a good life."

It's really hard to do that.

After you do that, my suggestion is that you just move on and strengthen relationships with people who have not let you down. Unless the person is someone integral to your life -- like your mother or a sibling or someone who has been a great friend since you were 5 and they just screwed up -- you really don't need to give them entrance into the inner circle of your life again.

The best example I can give that most people can relate to are gossips. I really hate gossiping, because someone is maligned to other people -- for the sake of the group making themselves feel "superior." It is terrible.

Now if I find out someone has been gossiping about me, I can forgive them. But am I ever going to share another secret or let them into my inner circle again?

That doesn't mean I haven't forgiven them. It means I don't trust them with pertinent information about my life that could be used to hurt me or ridicule me.

Do you see the difference?

Hope this helped a little -- great topic and discussion -- hit me if you have any follow up questions!

i can agree with you, and yes i understand ive been in that position where i have forgiven, but then you are hoping for the great friendship you had with someone, but then it hits you cause you know it wont be the same again, no matter how hard you try, moving on is hard too, but hopefully we all learn from our mistakes and the cost too.
Login or Register to Reply

I think you have a wonderful heart.

What you must remember, however, is that not everyone shares that same "purity" and desire to mend fences and rebuild relationships after a betrayal or setback in a friendship.

The only thing you can do is to be responsible for your OWN response to the situation.

So in a case where you need to forgive someone else, ask yourself:

1) Do I truly forgive this person?

2) Does the person show that they are remorseful for what they have done?

If the person is NOT remorseful, you can still forgive them. But the expectation that the friendship will return to what it was is not realistic, because they have not done their part in rebuilding it. It takes two to make a relationship work, whether it's a friendship, a business partnership, a dating relationship, a marriage or a parenting relationship. When one person "breaks trust," yes, you can forgive them. But they are also equally responsible to do their part to rebuild the trust after reconciliation takes place.

I hope this makes sense.

Just be aware you have a tender heart, and it's okay to want things to be the way they used to be. But also realize that if you have to move on, you will discover new relationships with new people -- who will give you the respect and love you deserve. In time, the person who hurt you may linger in your heart, but only as a memory. And if you have truly forgiven them, you can move ahead knowing you did everything you could in that situation -- but the choice to end the friendship was theirs, not yours.

Hope this helps a little and that you have a great weekend!