Well, it's been a while, i can't say that it's been just me being busy (Though i have been a bit busy) i can safely say my laziness is the one to blame for this whopping one year gap that seperated this post and my minecraft post. But today i'll be informing you on the survival game ARK: Survival evolved.


Now ARK: Survival evolved is a survival game; unlike most survival games this one includes dinosaurs! And other extinct creatures that you can tame and use for your benefit. You play on one of the three maps, these maps being The island(the most used and most common map) The center (a larger and more advanced map) and Valhalla an unofficial map that is somewhat rare. Now the point of ark survival evolved is to advance from being essentially a caveman using spears and rock tools to nower days modern technology using electricity. I have about 500 hours in ARK and i can say that this game is by far one of the funest games i've ever played. If you are a parent i can say that the usual age range for this game is about 10-20 years because of the advanced controls and strategies required to play. So i wouldn't reccomend buying ark for your 6 year old, maybe go for something smaller like pokemon or mario at that stage :p. Ark survival evolved, just like minecraft has two modes. Multiplayer and singleplayer. Most people play multiplayer however because there are a lot of interactions you can do with other players, it makes the game easier and it tends to be a lot more fun. There are a large amount of official servers, official servers have no cheaters on it, everything is completely normal and they use two of the three maps(The center and the island) Most people however use the Unofficial servers. These servers are run by people and have their own rules, some might not use the official anti-cheat program called BattlEye causing cheaters to run rampant and some might, it really depends it's all ran by the Owner of the server! Now the gameplay of ark:survival evolved is quite interesting as it differs depending on the boosts of the server. What are boosts you ask? Well boosts is what makes the difference between Vanilla(normal) survival and Boosted survival. An example would be if you are on Vanilla and you hit a tree. You get 5 thatch and 1 wood. If your servers harvest rate was doubled(x2) you would get 10 thatch and 2 wood. Pretty simple right? Ark has these types of boosts for:
Leveling up
Breeding dinosaurs
Taming dinosaurs
Harvesting (as before mentioned, hope you didn't forget that)
and pretty much anything else that has a variable.

I would reccomend you see my minecraft post as the way how unofficial servers work on ARK is very simmilar to how they work on minecraft. (Rules, plugins etc)


Now lets get to some pros and cons of ARK:survival evolved:
Pros:
Dinosaurs. (Obvious)
Fab graphics (Visually pleasing)
Fun pvp (Some nice action)
Fun PvE (Fighting raptors is always enjoyable)
Fun base building (Nothing better than a fortress of your own gaurded by a T-Rex.

Cons:
(Now i haven't mentioned many cons about ARK:survival evolved becuase thats a huge section.)
ENORMOUS TIME SINK HOLE (This game requires insane amounts of time, i once spent Seven hours taming something. Seven real hours taming a virtual dinosaur. If your child has a time limit on a pc of anywhere below 5 hours a day this game will be almost useless once you get to the middle stages of the game.)
Chores (this game has actual chores. If you don't feed your dinosaurs. They starve. If you don't close your doors on accident while you're logged off people will come in your base, murder your dinosaurs, explode your base, take everything and leave you back to square one.)
Pseudo logging off (When you log off this game you don't dissapear like most games, instead you just fall to the ground asleep, where anyone anywhere can take your items and kill you. This is annoying because if your child needs to go out at a moments notice like one of his friends coming round his house, he wont be able to go because he needs to get back to his house so he can log off safely.)
Constant loss ( you will have to deal with loss. Every day. Constantly. If you are harvesting wood and a raptor attacks you and kills you, you have 15 minutes to get your stuff before it all dissapears. If you're early in the game and Mr badguy decides your Dodo looks like a nice snack for its Rex he's gonna run into your base full speed and eat everything.)
Grinding (Grinding is the act of constantly repeating a task to get to a higher level or a large amount of items., this usually is used in MMoRPGS like World of warcraft where you 'grind' for gold by killing low level monsters. On ark however its constantly bashing trees for wood so you can build a house.)

Things you should know in a nutshell
Ark takes a lot of time
Ark is fun
Ark requires a good pc
Ark is most likely going to stress your child out unfortunately
Ark has voice chat (so people may go up to your 10 year old screaming profanities at him and kill him, not the friendliest place)
Ark is not easy.


This was more of a review than a dear parents of gamers as not many people know about the game. Sorry if there wasn't enough information for parents if you have ANY questions i am willing to awnser however. I am a bit rusty on this as i haven't made one of these in a while but in my opinion, unless if your child is an experianced gamer confident in a grueling competetive enviroment then i wouldn't reccomend ark. Until next time (hopefully not another year) stay safe gamers ^_^
Twitter Facebook Email
Login or Register to Reply
Oldest Replies Newest Replies

By *Sheepsies* 4 Years ago
If you have a request for the next game please ask in the comments and i'll try my best to make one at some point, thanks :)
Login or Register to Reply

By GamerGirl 4 Years ago
Seven hours IRL taming the dinosaur? That's EPIC! How does it behave now??
Login or Register to Reply

By *Sheepsies* 4 Years ago
Well the dinosaur itself was called a Quetzalcoatlus or quetzal for short. It's a GIANT bird that is able to pick up an enormous amount of dinosaurs up To say the size of it, well it's able to carry a mammoth with ease. The bird behaves where it will stay put in my base until i need to go out on it to relay large quanitites of metal from the mountains or if i need to carry a creature to a safe place if i want to tame it. This is a picture of the bird. You see that tiny shiny thing on its back? thats the size of a 7'2 human. Big bird. 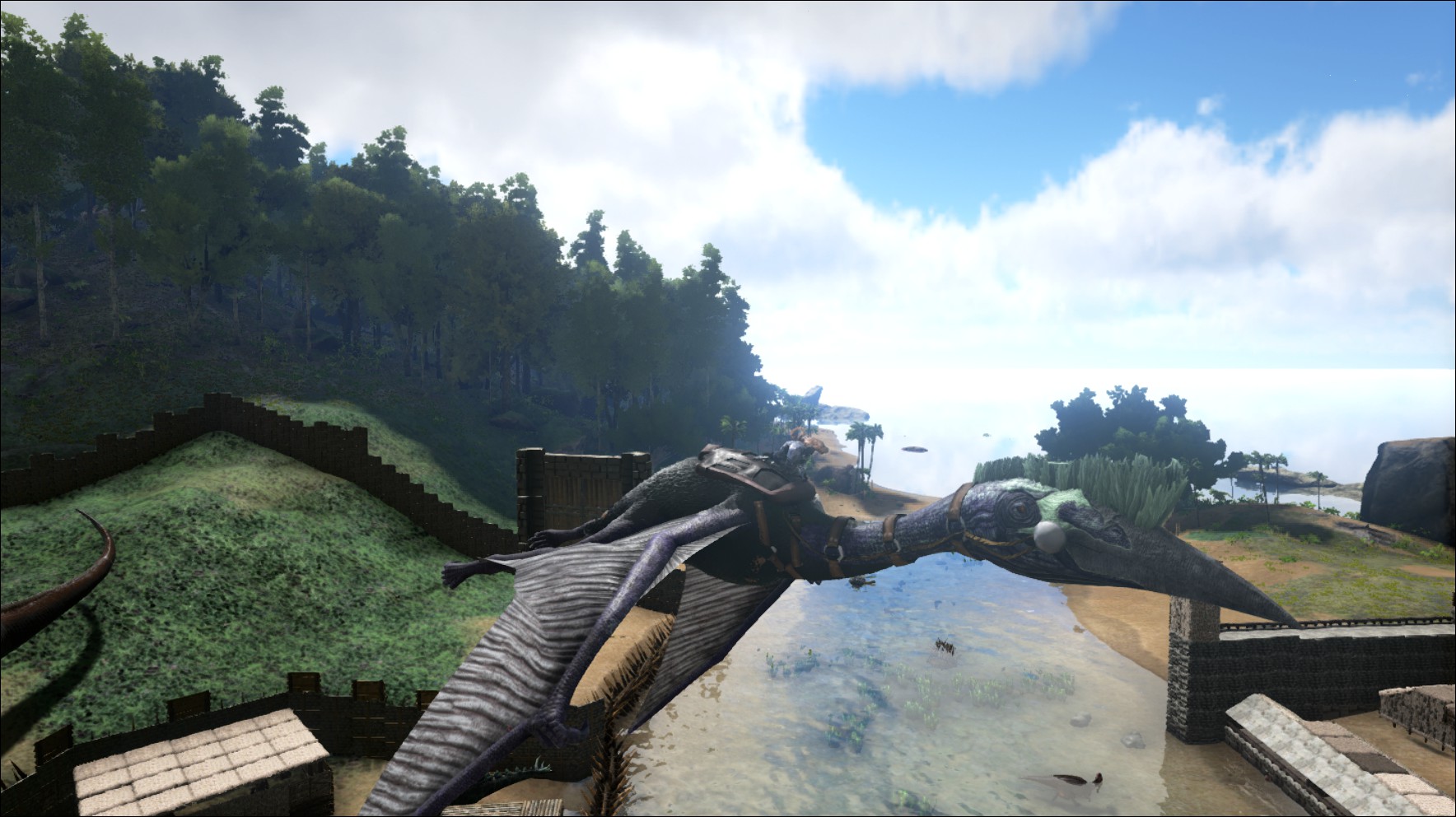 By GamerGirl 4 Years ago