By renshiki 2 Years ago – 3 Replies 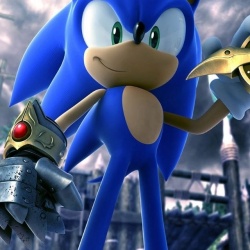 Hello so i had these two friends i trusted them alot at first and they seemed to be awkwardly obsessed with me and said that nobody likes them in their own country, they eventually started showing signs of selfishness and toxic behaviour, they were so obsessed with me that they always messaged me so i muted them, i di not mean to hurt them i always did reply to them even after muting and since i was always very busy at home, they took me not replying to them most of the times as if i was ignoring them, when i finally saw their messages they had mocked me and made fun of me even had unfollowed me afterwards, i tried contacting them and i was enraged so i might have said a few things but i never cursed at them or did something worse, later they messaged me with a hate account of mine, it had only one of my pictures and the other was if my sister's, they called my a psycho and mental person i seemed to have also told them that i was sensitive and they made fun of my sensitivity and said that senstive people are psychos and deserve an asylum, they had stolen my pictures from my instagram storiea and my sister's as well i wonder why they targeted her when she hadnt even done anything, i did make a new account so theyd stop messaging me hateful things and even used curse words on me, so i was forced to make a new account i got instagram to delete the first hate account but then after two weeks they made another hate account with my stolen pictures calling me a psycho, instagram deleted that as well now im living in fear and im afraid they will make another since they ahve my pictures in their phones its has caused me great depression and anxiety i want insta to ban instagram from their because they will keep on humilating me like this and they are trying to spread my pictures all over instagram, im thinking that they had problems themselves and took that all out on me they are very dangerous people, i even begged them to deleted the account but they refused and badmouthed me even more called me a psycho crazy person and anything they could and insulted me alot they are very ignorant
Twitter Facebook Email
Login or Register to Reply
Oldest Replies Newest Replies

By Cyberninja 2 Years ago
From my experience the best policy is to completely break all contact with people, or groups of people who behave like this online. Whatever you say to them will not change their minds so just let them go and move on. In most cases, once you stop interacting or responding to bullies, they will stop because they are not getting what they want, a reaction. If you want more advice on this you can email one of our advisors at [email protected]
Login or Register to Reply

By Marti 2 Years ago
Hi Renshiki,

I have had a similar experience and it drove me nuts trying to chase down the pics, comments and lies about me, defending myself constantly and feeling overwhelmed by it all. Then I realised that nobody, apart from the haters, was interested in what they had to say. Yes, they were 'spreading' crap about me, but without me responding there was no conversation, just a bunch of sad haters wasting their lives trying to ruin someone else's life. So I just stopped responding, defending or even caring about these sad little people and what they had to say. It didn't go away, I just decided that it was better to shut out the idiots and get on with my life. There is probably still stuff out there about me but I really don't care. Nobody believes much that they see online now anyway, let alone the rantings of sad bullies. Break the chain and move on Renshiki. xx
Login or Register to Reply

By NeverTooLateToSmile 2 Years ago
Completely get rid of them. If that's how they are acting, they don't deserve to be one of your top priorities - or a priority at all. If you feel comfortable, go to an older figure, whether that be a parent, neighbor, school counselor, professor, or someone else entirely. It might seem like overreacting to you, but it isn't. They want to help you.
Login or Register to Reply