Are you or fear that you could be a cyberbully?

Have you ever wondered if your behaviour online has made you into a cyberbully? Sometimes we can get caught up in our emotions and either mirror a cyberbullies behaviour back at them or for many other reasons we've just started attacking people online.
Sometimes this kind of behaviour is down to the fact we feel angry, lonely and disempowered. We hurt others weaker then us to somehow regain that lost "power."

Have you been one of those people and if so, how did you deal with it? Perhaps it's a behaviour you grew out of or wanted to change. But perhaps this is something you aren't sure how to change but would like to.

What has been your experience with the above?
Twitter Facebook Email
Login or Register to Reply
Oldest Replies Newest Replies 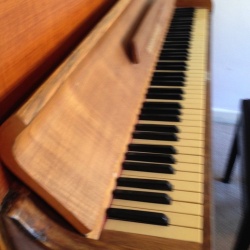 By Jazz 5 Years ago
I have had some seriously intense exchanges on political and social blogs where I have probably said some things that could have been considered aggressive or bullying. It is easy for a difference of opinion to become abusive unless you are constantly mindful of your own emotional state and if someone starts to drift into abuse it is even harder not to react, as you say, "mirror" the behaviour.
Login or Register to Reply

By David85 5 Years ago
I am always respectful of others rights to express their opinions and expect the same back. It can be difficult when someone is so opposed to your opinion that they seem to be offended by anything you may have to say. Its also difficult to tell if a person is taking what you are saying personally or not.
Login or Register to Reply

By *Reflective_Joy* 5 Years ago
Your both right it can be difficult when we have very heated debates online. It's hard to know what can be misconstrued or offend. I think differing opinions can definitely enrich a conversation or debate but it's knowing when to draw the line.

I have noticed too, there is a lot of misunderstanding online when it comes to differentiating between cyberbullying and an argument. Though arguing and insulting someone is equally wrong and can be aggressive, it's not always cyberbullying.
It can be a very fine line. Which I know for many youth, can be extremely challenging. Even if it's not severe, people need to know, that they don't need to accept behavior that makes them feel angry, hurt or upset. We can't always control what others do, but we have the power to walk away from any situation that makes as feel that way.

I find that it's just a matter of practice. Stepping away from a situation we feel strongly about, but which has now turned into a very heated angry interaction- takes a lot of will power but it can be done. I recently had a situation on facebook with someone I didn't know but who was a friend of a friend. A debate was started and soon became very bigoted and transphobic. Instead of expressing my anger, I decided to give them the benefit of the doubt. Perhaps they didn't know enough about the issue. A lot of hate or phobias stem from fear of the unknown. So I offered them literature and links if they wanted to learn more about this issue. They decided to continue to debate why it was wrong and then attacked me. I knew then they were not willing to change their beliefs. I had to respect that sometimes people just want to sound off and sometimes, they feel safe in their own ignorance. I received more abuse but chose to not read it. That was incredibly hard to do! But I did my part. I offered outside information that may help them make a more informed decision based on their opinion. They chose not accept it. Sometimes that is all you can do.

I have a few tips that I try to live by now, that help me to determine whether to continue a debate online.

1- Is this person asking thoughtful and inquisitive questions as to why I believe the opposite?
2- Are they willing to read up any evidence based research or opinion pieces I may offer that can help them better understand my position and am I willing to do the same?
3-Are they using respectful language when disagreeing with me?
4- Regardless of what I say, are they responding post after post with why they are right and I am wrong?
5- Are they attacking my point or now attacking me? ex:" LOL are you really that stupid?" or "I don't know why I bother. You kind of look like the type that would say something that ridiculous"

I find indicators like this can help me decide whether to waste my time or not. Some people genuinely like to argue. When someone attacks us, it can sometimes be their ego feeling threatened. We do not need to give that energy or time. That is something they need to reflect on and better understand within themselves.

I am definitely not the same at 22 as I am today. I used to love debating and still do, but now I find I have a lot more power in stepping away then I do staying and fighting.

Just my two cents!
Login or Register to Reply

By Suzanne 5 Years ago
I think there is a very fine line between humour and cyberbullying which is very difficult to navigate. This is one of the biggest problems of cyberbullying because not being able to clearly define it makes it impossible to effectively incorporate legislation for it.
Login or Register to Reply

By *Reflective_Joy* 5 Years ago
Hi Suzanne, I'm not sure there is a fine line between humour and cyberbullying. Harassing someone, name calling, threatening can't really be mistaken for humour...
However, I do agree with you that defining cyberbullying can be challenging. There are guidelines however, to help someone better understand what they may be experiencing. I know hear in Canada and in the UK, the government is taking it a lot more seriously and there have been recent convictions.

I think the more discussion and resources offered on cyberbullying, the more people will understand what it entails and what to look out for. Which is why I find this site extremely beneficial. Cyberbullying is likely to continue to evolve. Maybe not so much in content, but in the tools used to perpetrate it.
Login or Register to Reply