As much as I've always enjoyed taking part in anti-bullying campaigns there always seems a distinct lack of work to the other half of the problem. I don't necessarily think it's done on purpose, probably money and resource based for sure but I just wanted to speak out my opinion.

From experience and experiences I've heard from numerous people (as a previous mentor), trolls and cyber bullies do tend to will target those who seem vulnerable. Sad world we live in but unfortunately true. They will target the young people (and in older people to) those who they think and probably know that their comments will bother them; that is after all what they're looking for.

So where am I going with this?

Always being someone who was taught to be realistic, bullying can only come to a minimal point.

If we could (and we and others do try) encourage self-esteem and raise confidence in the victims the bullies would get bored, right? In theory. I mean no bully goes for the person who looks strong in them selves, who just wipe of comments like they're nothing.

No way am I saying this is an easy answer, the same as wiping bullying is never going to be easy. But if young people can be supported and worked with on a personal level to enhance their self-esteem, given the chance to learn they are not what they're told, they are human, they are strong, that they deserve to be treated with respect, then that person is going to be become less of a target.
Twitter Facebook Email
Login or Register to Reply
Oldest Replies Newest Replies

By *CybersmileTeam* 5 Years ago
Great topic Jo thank you! Your point is valid, self-esteem is vital in combatting cyberbullying. Looking forward to reading this topic as it grows.
Thanks for being involved : )
Login or Register to Reply

By Marti 5 Years ago
I think this is a good point. Young people who bully are usually victims of some kind of bullying themselves. Confidence and self esteem can help both to cope with negative things in their life and change the way they deal with their emotions.
Login or Register to Reply

By Marti 5 Years ago
Isn't this something that schools could help with?
Login or Register to Reply 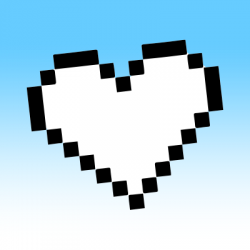 By verrrrrrrronica 5 Years ago
I definately think that it's not just about stopping bullying but also about encouraging self-esteem in people in an attempt to help people become more capable of shrugging nastiness off!
On the flipside, bullies usually do what they do because of there own insecurities and so maybe encouraging self-esteem wouldn't just encourage people to be more resilient but it may encourage people to not bully in the first place!
I do, however, think that there is quite a lot being done on this issue... For example - the Positivity Shrine on this website promotes good vibes and also, in Australia, magazines such as Dolly and Girlfriend have initiatives to encourage positivity and good self-esteem for teenagers!
Do the magazines in your country do things like this?
Login or Register to Reply 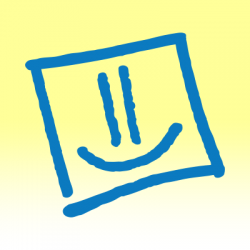 By Cybersmile MOD 5 Years ago
This is a really great suggestion. We definitely need more education about aspects such as increasing self-esteem for victims and increasing empathy for bullies. We've tried incorporating this into our online digital educational workshops on our website (at the following link on the left-hand side: www.cybersmile.org/downloadable-resources). However, does anyone have any specific ideas about how we could encourage this more?
Login or Register to Reply

By melia.pond 5 Years ago
I think It's important that those who are victims look at why this may be, although it's hard and often something no one wants to do. It helps to see how they can build up self-esteem. I think more needs to be done to help people do this, as it very easy for someone to say 'you just need to be confident' or 'build up your self-esteem'. There are resources out there, however it's always easier to take this step with others who both understand but also are willing to stand by you while you try. It's not an easy 'click your fingers and its sorted' job either though. It takes time, commitment and motivation to build your confidence, in particular if you have been bullied as it knocks your confidence and is very hard.
Similar to Marti i feel schools should help with this, as another option for those who have been bullied to help build their confidence back up.
As well as this I think online courses might help, as I'm very aware that not all bullying incidents get reported especially to schools and colleges.
Login or Register to Reply

By Suzanne 5 Years ago
This support community is going to give us strength in numbers. There will be no cyberbullying or trolling on here, whatsoever!
Login or Register to Reply

By JoDragon 5 Years ago
I totally get the 'help the bullies with their own insecurities', although I'm pushing towards the idea how people can troll and rage in social sites and games where the person doesn't even know you.

I know for certain that game rage brings out nasty and disturbing comments. I also know that some people like to troll on purpose purely for the reaction, because the reaction is funny in their eyes - to see someone sulk. Yes, it may be their insecurities that they're doing it in the first place, but I wanted to focus more on the victim them-self, how they stand up to it.

It's more you can't change how someone else acts or speaks at that time. You only have control over yourself and how YOU react and cope. Same as you can only be helped if you wanna be helped. They can't be forced to change. Education is a score in the direction to make them realise, but it can't force them.

It's more of a 'realism check' this debate really. To focus on the victims response, self-esteem and coping mechanisms rather than the bully.
Login or Register to Reply

By Dasiydo 2 Years ago
I see both side I have been bullying in past but see pick on Disability and week people can't fight I was brought in time where no internet wasn't alwon tell-table on bullying but disagree with that. Thank internet and this group think looking up hide disability are get help and bullying are get help too. I have say Good point.
Login or Register to Reply

By Wanesite 2 Years ago
I have encountered being bullied by someone who was bullied, even though I myself stopped bullying using the power of self-esteem. This said person was "offended" by some compliments I told them and me sharing body positivity, which made him "offended" until the point of posting the screenshot online and making the 'suspicious' part appear only. Then some fake account threatened me and told me many horrible things, which it could have been himself
Login or Register to Reply

By Dasiydo 2 Years ago
I feel sorry for you been bullied three time one in sport of rounder second sport of Netball as goal keeper because team lost my own teammates play me so give up sport third I was bullying on public bus by school teenage because wearing Hearing Aids At want go to farm again but scare travel on public bus again. I try stay positive.
Login or Register to Reply