The Social Pressure To Do Sexting As A Teenager

Being a teenage girl who has grown up with the internet, social media has been integral to my life, and I am acutely aware of the pressure that exists to engage in sexting – and wanted to share some thoughts on it. I separated the sub-sections of this post into girls and boys purely because I found it easier to communicate it that way, but both face the problem of social pressure to participate in the sharing of explicit images. I also conducted a small (non-scientific) experiment to highlight how widespread the pressure to engage in sexting really is.

The growth of sexting

Sexting has been around in one form or another for the same amount of time as the internet, but in recent recent years it has boomed in popularity, especially among the teenage community.

Due to this new popularity, sexting has now become a social ‘norm’ among teenagers and young people, making them feel that it is an important and almost essential part of their sexual development.

Teenage years can be emotionally turbulent for both boys and girls. Attending school or college, sitting exams or taking the first look at their possible career paths – all of these things bring different pressures that affect young people and their perspective of the world.

Teenage girls sometime receive pressure to engage in sexting from their friends, because they are involved in sexting themselves. If they are in a relationship, they could be made to feel like they should be sexting because ‘everybody else is doing it’. Their boyfriend or girlfriend could also be pressuring them by sending ‘nudes’ themselves or even by bringing up the subject of sexting repeatedly – they don’t necessarily always have to ask outright for it to make somebody feel uncomfortable or feel pressured to do it.

One group of people regularly targeted to ‘sext’ or send sexually explicit images are vulnerable people deemed by their peers as ‘social outcasts’ or people being bullied within the school environment. These people are more likely to send the images due to seeking approval from others or in the hope of becoming ‘popular’.

Sometimes, complete strangers can ask for sexual images online. Believe it or not, in some cases, the fact that the person is not known to them can make girls feel more comfortable sending them personal images, but in reality – this can have a damaging effect in which the female feels anxious about the decision they have made for the rest of their lives. These situations can end up with girls being blackmailed to do more sexting or to send money with the threat of the images being sent or posted to family and friends.

A common assumption is that males don’t get pressured to send sexually explicit content over the internet – and that they do all the pressuring! This idea couldn’t be further from the truth – boys can feel just as pressured as girls when it comes to sexting.

A majority of teenage boys will participate in sexting at some point. If someone has a group of friends that do ‘sext’ and they choose not to – their friends could ridicule them for not participating, thinking he has ‘something to hide.’ Boys can also be pressured by their girlfriend or boyfriend to engage in sexting in the same ways that a female can be pressured.

Although it is more widely acknowledged for girls to experience pressure when it comes to sexting, it is important to recognize and remember that boys can and do experience the exact same pressures as girls.

I conducted a short, unofficial experiment by immersing myself into the world of sexting.  I wanted to see how quickly into a conversation people could expect me to sext and what would happen if I let them know that I didn’t want to.

I created accounts on multiple social media platforms such as Whisper, Snapchat and Tumblr, and made myself no more public or approachable than a normal teenage girl would. On Snapchat and Tumblr, I uploaded a selfie with the caption “Someone talk to me please, I’m bored” whereas, on Whisper it is anonymous so I put a public post with an image of the ocean as the background asking the same. In all posts it was made clear that I was a teenage girl.

Within minutes, collectively I had received over 250 messages from people I had never spoken to previously. (6 on Snapchat, 21 on Tumblr and 247 on Whisper.) I was shocked at how quickly I had received responses and became even more shocked at some of the contents of the messages I had received. Some of my key findings included:

As an overall theme, I found that once I had rejected the people’s sexting requests, the tone of conversation had changed dramatically. They went from very complimentary and friendly to dismissive and in some instances, aggressive. Some people actually started posting abuse at me because I would not participate by calling me a ‘slut’.

For me, this experiment has highlighted how prominent the ‘demand’ is for young girls to share sexual content online. I found the pressure to ‘sext’ overwhwelming when I said no, and I was then faced with aggressive questions of why I didn’t and it made me feel like should be explaining myself or that it wasn’t normal for me to not want to do it.

I found that the people that instigated sexting were not very understanding of the fact I didn’t want to engage in that way and some tried to persuade or say I was boring if I chose not to.

Luckily, I had no emotional connection to any of my interactions with the people that contacted me so I couldn’t be persuaded to participate in the sexting. However, if that was a regular teenage girl just looking for someone to talk to or they were talking to someone that they ‘liked’ from school or college, it would be dangerously easy to slip up and share something which can come back to cause problems later.

A huge thank you to Cybersmile contributor Amy for such an informative and eye-opening post. If you are affected by sexting, sexual blackmail or any other type of online abuse – we can help you! Visit our Cyberbullying and Online Abuse Help Center for practical help and tips or alternatively, you can use our Total Access Support section to make use of our various support services. To learn more about Cybersmile and the work we do, please explore the recommendations below.

What are your thoughts about the pressure young people are under to participate in sexting? Contact us with your thoughts or tweet us @CybersmileHQ. 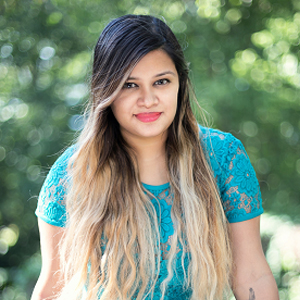 In an era where everything is becoming increasingly digital, I am so grateful that Cybersmile has stepped up as an advocate and safe haven for those who have been victimized. Cyberbullying has devastating effects on those who are affected, threatening their feelings of safety, privacy and worthiness. Cybersmile offers a plethora of resources and information designed to help individuals identify…