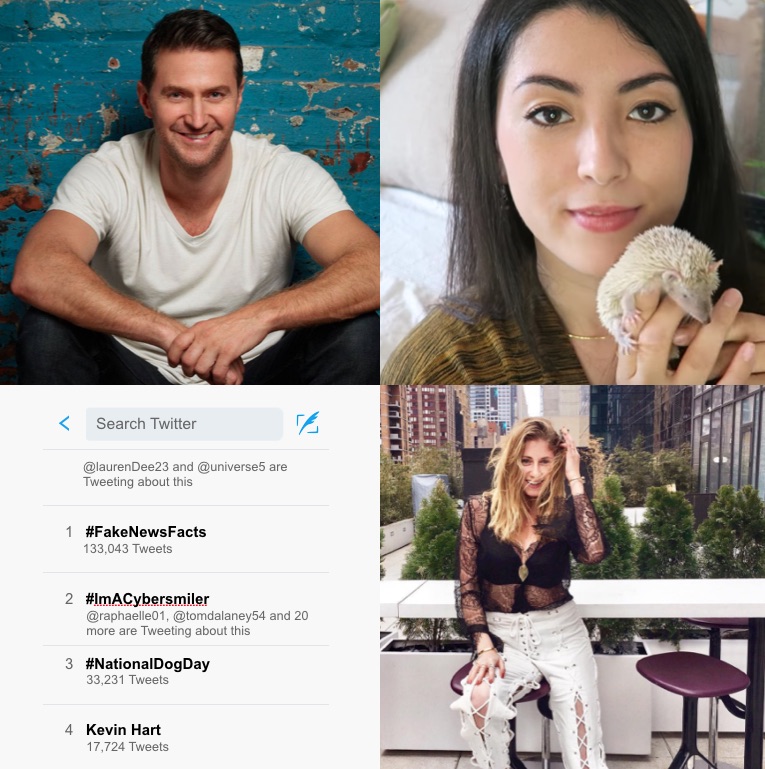 People who use social media for bullying, trolling, negativity and hate are the people that get all the attention the whole time. This program not only recognizes the people that are actually doing good, but rewards them too - It's a win-win situation!

Cybersmile recently announced their Positive Activist Program, a global program which aims to address the balance of negativity on the internet through the encouragement and reward of positive online behaviour.

Since 2010, internet users worldwide have taken it upon themselves to use the #ImACybersmiler hasthtag to promote positivity and challenge cyberbullies by sharing funny selfies and memes, but also, messages of support and advice.

Many have taken their activism outside of the internet, too, by sticking messages of hope up in public places and educating relatives and friends on the harsh reality of cyberbullying. In turn, this has helped the world to take a step in the right direction on its journey to a safe, kind internet for all.

Little signs that #love is all around, while walking to brunch. #imacybersmiler pic.twitter.com/fThEQZD2jM

The Cybersmile Activist Program uses what was started by the #ImACybersmiler movement and builds on the work done by internet users thus far. It aims to provide exclusive rewards to those helping to shape an internet free of bullying and negativity.

Anyone who uses the #ImACybersmiler hashtag will automatically be entered into monthly giveaways and will be in with a chance of winning fun exclusive prizes, mystery items, merch and more.

Iain Alexander, Head of Engagement at The Cybersmile Foundation, said, “We will award exciting prizes every month to people on twitter, Instagram, YouTube and Facebook who make a positive contribution to online conversation using the #ImACybersmiler hashtag in their posts – whether it’s a text comment, a picture, a meme or a video.”

“The more that people post, the brighter the internet becomes and the bigger their chance are of winning exclusive prizes – great news for everybody!”

The Activist Program is so important and is already having a positive effect – by rewarding good behaviour online, not only are we encouraging internet users to think before they type, we’re acknowledging a large group of people who often aren’t paid attention to.

The focus is always on the bad, the bullies are always the ones who hog the spotlight, even though we know not everyone is abusive online. Therefore, as important as it is for us to annihilate bullying, it’s just as important to recognise those who aren’t bullies. We must never forget to celebrate those who spread light and positivity because, if they were to suddenly stop doing it, the world would quickly plummet into darkness. They’re doing a great job.

Sadly, kindness isn’t for everyone, so if it takes handing out a few rewards to persuade online trolls to start being a little nicer, where’s the harm in that? Plus, the rewards given out from the Cybersmile Activist Program act as motivation for those already promoting positivity to keep going and reassure them that their hard work isn’t going unnoticed – Cybersmile want to inspire and encourage people of all ages, from all walks of life to share positive messages and promote empathy, something the Activist Program is built to do.

As well as being original, perhaps this program is set to succeed where anti-bullying programs have failed previously. Our entire lives are based on reward systems, starting right from us being babies and being given sweets as a reward for good behaviour. Typically, if people are rewarded for doing something, they’re more likely to do it again! Additionally, by dishing out rewards for promoting positivity online, everyone’s a winner! The Cybersmiler program is getting recognition and those participating in it are getting treats, which is surely making even more people happy.

Perhaps the Activist Program will be that kick those previously blind to cyberbullying need. Typically, human beings are selfish and don’t do things unless they’re going to gain something from it personally. Therefore, by enticing people with the prospect of possible mystery prizes, people who, in the past, maybe didn’t care about being an anti-bullying activist may have second thoughts.

The program isn’t difficult to get involved in. You needn’t organise a march or travel halfway around the world – Cybersmile have put together an Activist Kit which is bursting with ideas on how to use each social platform as a Cybersmiler so, really, there’s no excuse not to get involved – it’s all there at your fingertips!

By becoming a Cybersmiler and partaking in the Activist Program, you’re helping to dispel the myths surrounding activism, showing that not all activists are screeching, pitchfork baring animals and that most are harmonious and want nothing more than to create happiness – this is a significant thing considering how tarnished the term ‘activist’ has become recently.

Who doesn’t want to change lives? Or, more importantly, save lives? Who doesn’t want to make the world a better place and rid the internet of negativity and hatred? Check out the Cybersmile Activist Program – the sooner you get started, the sooner you can begin making a difference. Not only will you be injecting love into the world, but becoming a Cybersmiler will also make you feel pretty good about yourself too.

Thank you Emily – we couldn’t have put it better ourselves! Don’t forget to use #ImACybersmiler so we can find and follow you on all your social media channels! So, what are you waiting for? Download our Positive Activist Kit and start changing the world right away!If you are affected by any negativity online, we can help. Check out our Cyberbullying and Online Abuse Help Center or visit our Total Access Support section to find out about the various ways we can help you with your particular problem. For further information about Cybersmile and the work we do, please explore the following suggestions.

A huge thank you to Emily for contributing this article! You can hear more from her by following @EmilyBashforth.